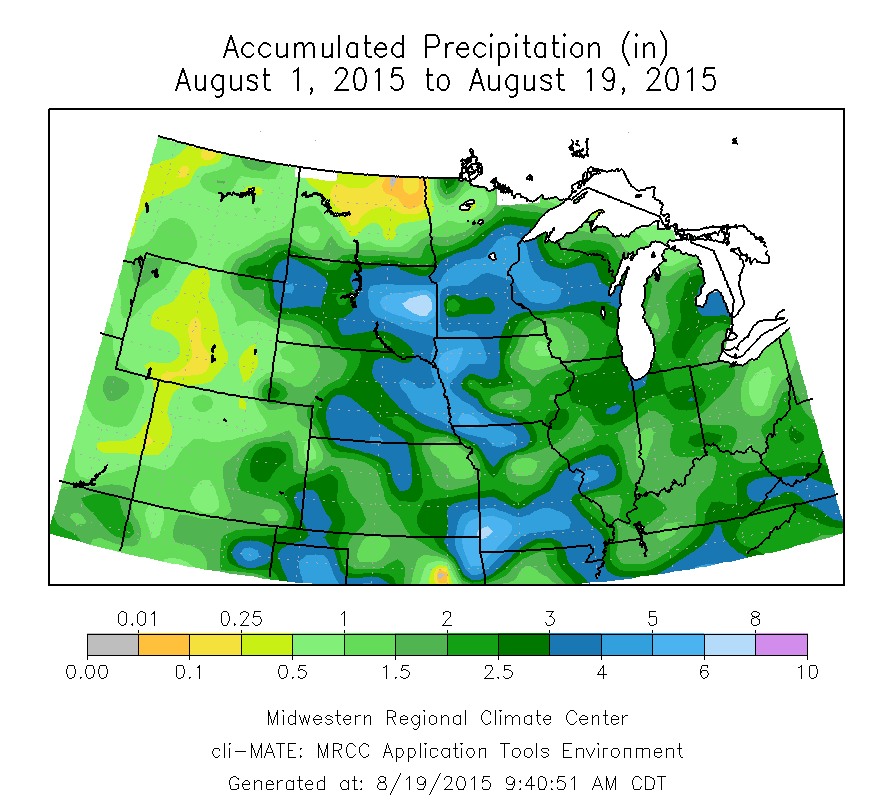 Here are the rainfall departures from the 1981-2010 average across the central US. Green means above-average and beige/yellow means below-average. Much of the region is at, or above average. A few dry spots include northeast Iowa and southwest Wisconsin; eastern Ohio, and North Dakota. 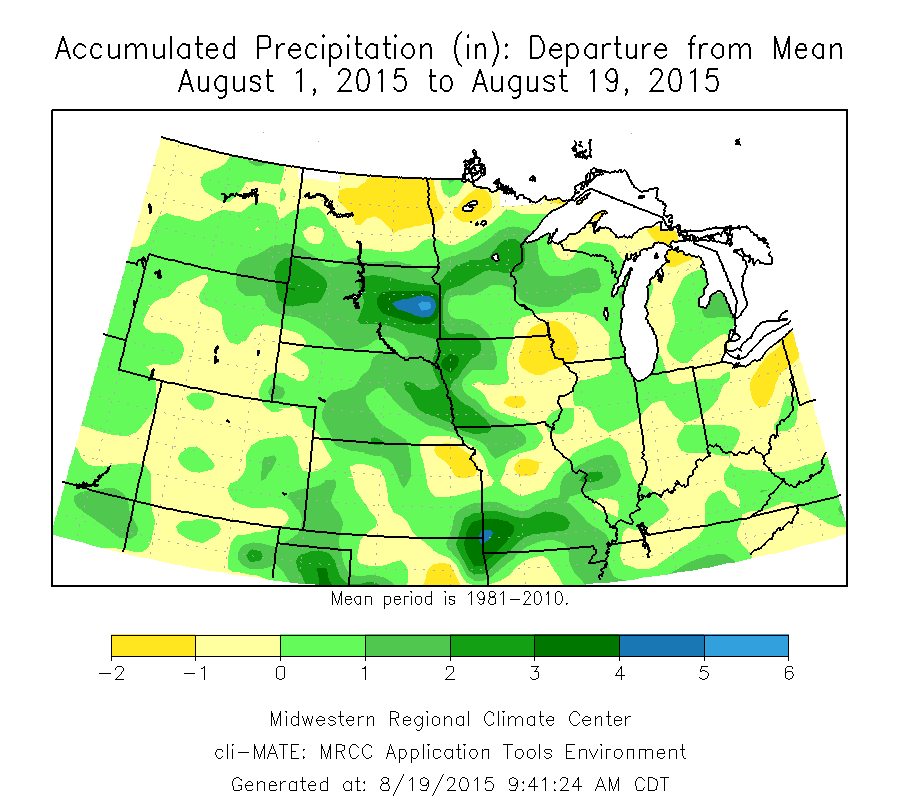 Here are the temperature departures from average for August. Gray (or grey) areas indicate temperatures within a degree of the long-term average. While we have had some hot days, those have been counterbalanced by cooler ones. For Illinois, we are currently running 1 degree above average. 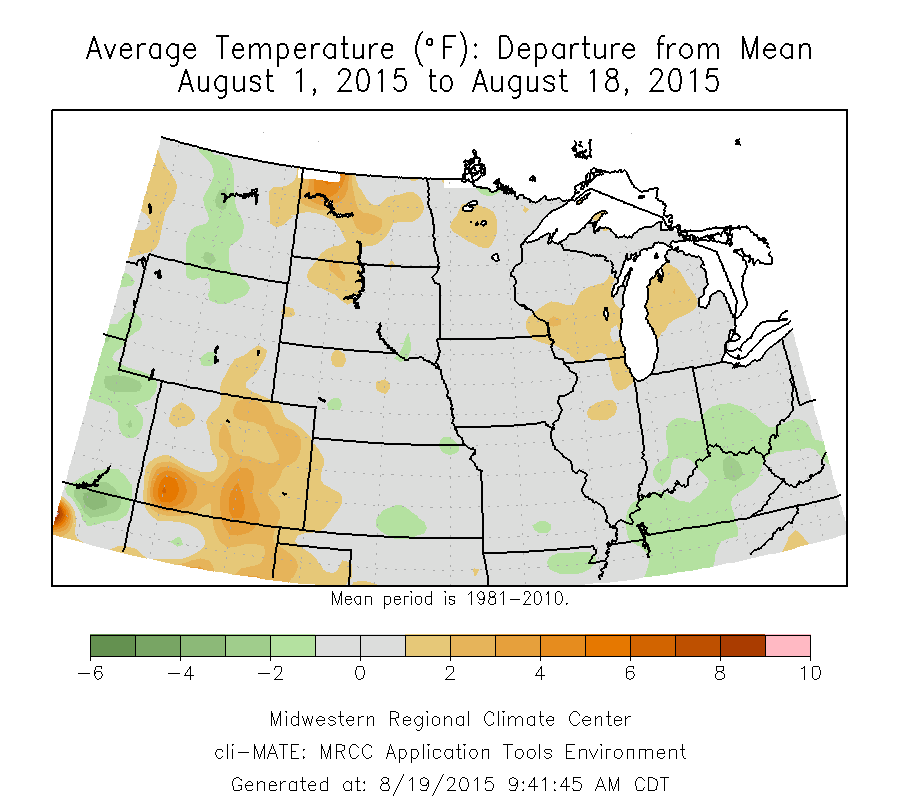