Below is the updated map showing the chances of measureable snow (1 inch or more) on the ground on December 25, a “White Christmas,” based on 1981 to 2010 data. We used stations that had at least 20 years of snowfall data during this period.

There can be large differences from site to site. Snowfall is notoriously difficult to measures with two nearby sites having different results due to exposure to sun and wind. In general, the odds are about 40-50 percent in the northern third of Illinois, 20-40 percent in central Illinois, and 0-20 percent in southern Illinois. 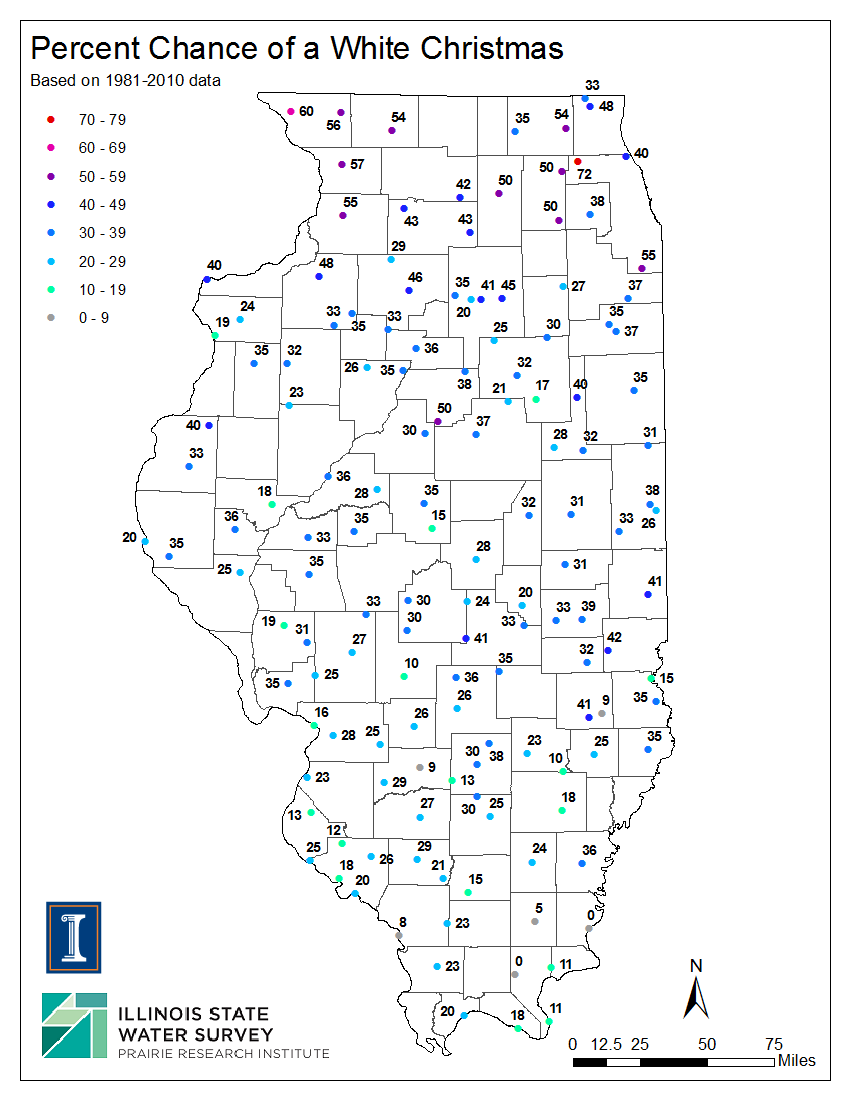 The Christmas Day with the most snow on the ground in recorded history was 1951. Chicago at Midway Airport had 17 inches of snow on the ground that morning. Meanwhile nearby Aurora had an incredible 31 inches; the most any long-term site in Illinois has ever reported on the ground on December 25. Other places in northeastern Illinois reported significant snow that morning include Wheaton with 19 inches, and both Peotone and Waukegan with 21 inches. Other parts of northern Illinois had impressive amounts that morning as well, including Morrison and Dixon both with 25 inches and Paw Paw with 27 inches.