Thunderstorms develop in warm, moist air in advance of eastward- moving cold fronts. These thunderstorms often produce hail, strong winds, and tornadoes. A tornado is a violent rotating column of air extending from a thunderstorm to the ground. The damage from a tornado is a result of the high wind speeds and wind-blown debris.

Tornadoes can and do occur at any time of the year, although peak tornado frequency in Illinois is between April and June. Tornadoes tend to occur in the afternoons and evenings with 50% occurring between 3 p.m. and 7 p.m. Illinois averaged 54 tornadoes per year based on the 1991-2020 data.

How do tornadoes form?

Before thunderstorms develop, a change in wind direction and an increase in wind speed with increasing height creates an invisible, horizontal spinning effect in the lower atmosphere. Rising air within the thunderstorm updraft tilts the rotating air from horizontal to vertical. An area of rotation, 2 to 6 miles wide, now extends through much of the storm. Most strong and violent tornadoes form within this area of strong rotation. The newer National Weather Service Doppler radar can detect these areas of rotation, leading to an earlier warning time.

Searchable tornado data from other past years is available through the NOAA National Centers for Environmental Information. 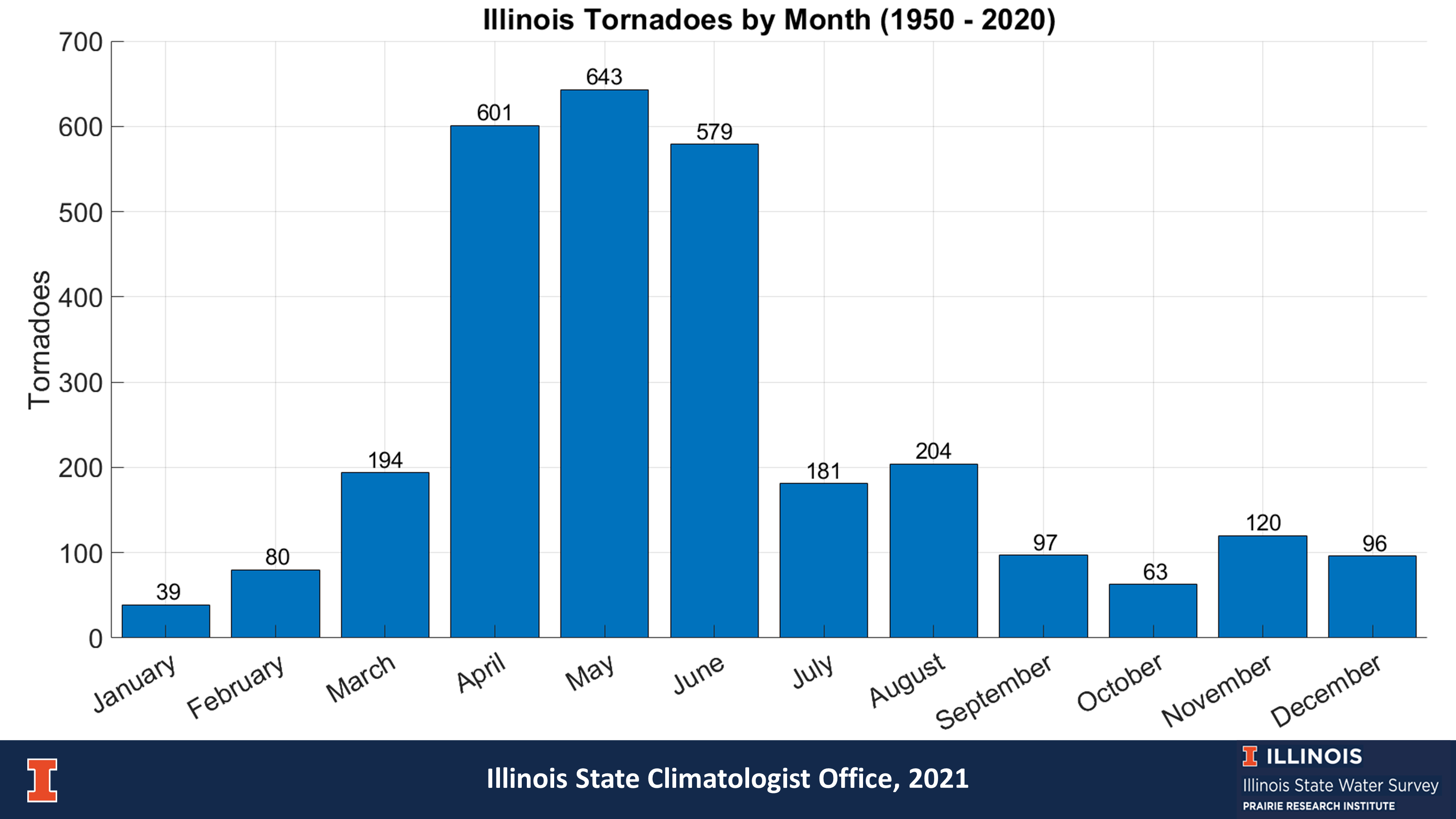 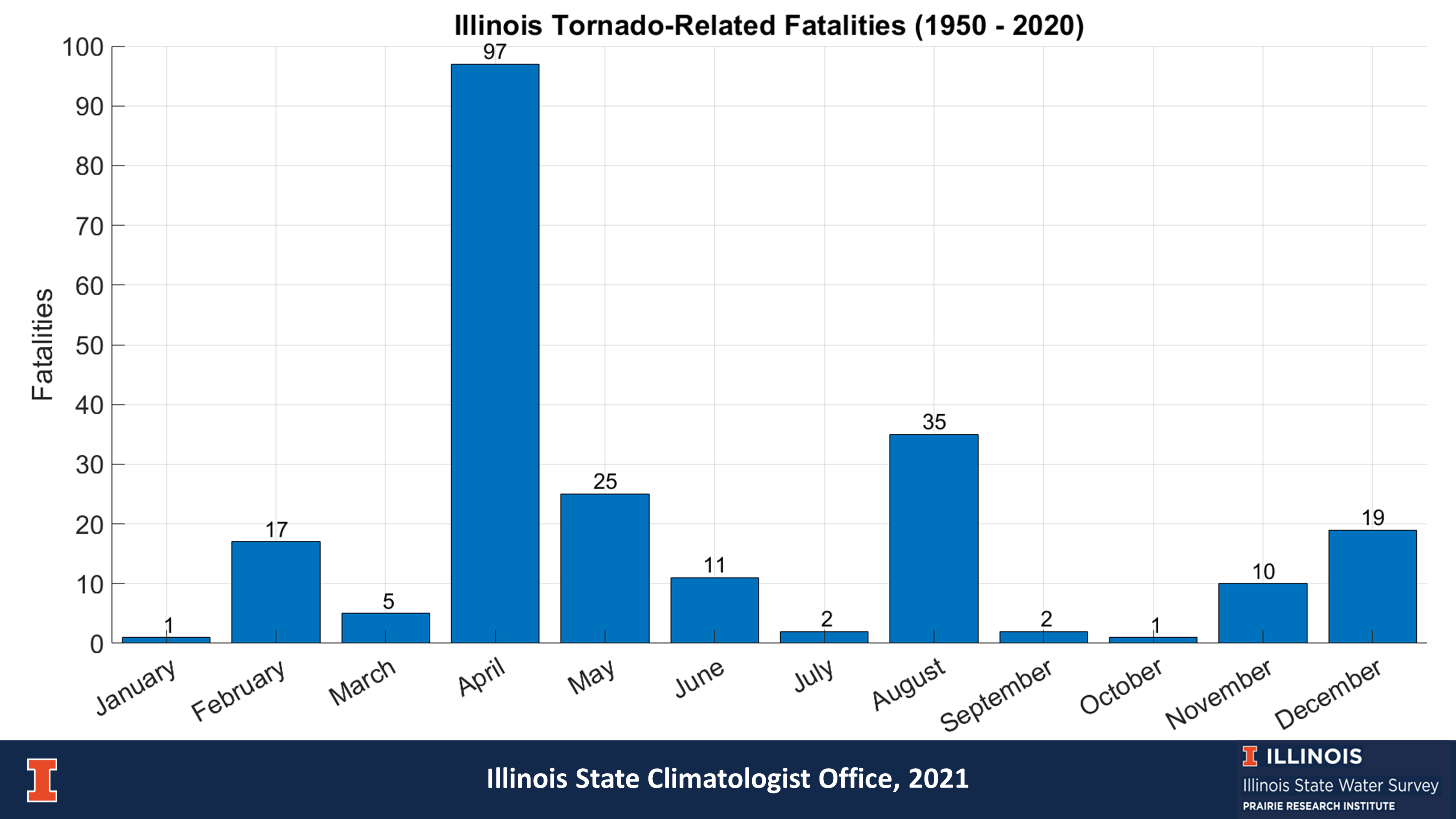 Using tornado statistics provided by the National Climatic Data Center, here we explore the relationship of selected tornado characteristics with hour of the day, month of the year, from year to year, etc. This was part of a Capstone project by Michael Patrick, a senior (2011) in the Department of Atmospheric Science at the University of Illinois. Nearly all the plots have been updated through 2020. Click any plot to enlarge.

The first documented case of a tornado being detected by radar occurred near Champaign, Illinois. On April 9, 1953, while running tests on a research radar unit after hours, Don Staggs of the Illinois State Water Survey discovered an interesting radar return and began recording it using a 35mm camera. As a result, he was able to document the development, growth, and movement of a tornado, as identified by the distinctive “hook echo.” This was later correlated with damage reports from the area. This discovery helped in push for a nationwide network of radar sites in the 1950s to spot and track tornadoes.

Tornadoes frequently occur in Illinois with numbers that are comparable to those in “tornado alley” in the Great Plains. Here are maps showing the geographic distribution of tornadoes across Illinois, each county, and the Midwest for 1950-2010. The data were obtained from NOAA’s Storm Prediction Center and mapped using ArcGIS.