4/29/2019 – A strong and considerably cold low pressure system took aim at Illinois on Saturday April 27th, bringing a large area of widespread precipitation and unseasonably cool weather to a majority of the state.  The greatest impacts were felt in Northern Illinois, where temperatures were cold enough to support a variety of wintry precipitation types. This included a late season and uncommon accumulating snow for many from Chicago and points north and west.

According to the National Weather Service, the final snowfall total at Chicago O’Hare of 2.5 inches was the latest accumulating snowfall for the city since 1989, and the latest 2+ inch single calendar day snowfall in station history. The two day period of May 1-2, 1940 saw 2.2 inches.

A station in Stockton (Jo Daviess County) reported 6.0 inches of snow with this event.  See the interpolated map below of preliminary snowfall accumulation across the state. (Note: Locally higher snowfall reports were common)

Behind this system, and with the aid of fresh spring snow cover, temperatures dropped across Northern Illinois, with Rockford tying the record daily low temperature on the morning of April 28th with a reading of 28°F.

In total 26 weather stations reported temperatures below freezing on the morning of April 28th, with Stockton (Jo Daviess County) reporting the lowest weekend reading in the state with just 21°F. 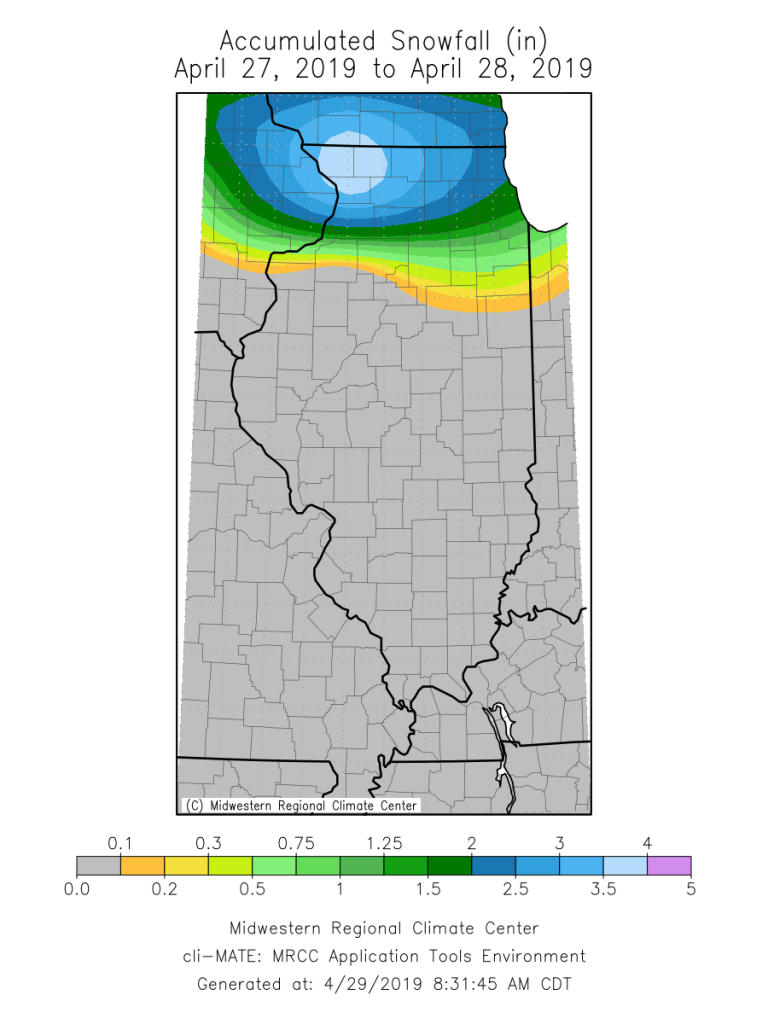