Illinois has had a quite the shift in the weather pattern in the last few days with widespread rains across the state, including areas that have been dry for some time. Here are the rainfall totals for the past 7 days as of this morning (February 20th), both observed and departures from normal. In the top map, areas in yellow received between 2 and 3 inches. Many areas of the rest of the state received between 1 and 2 inches. As the bottom map shows, that’s above normal for this time of year, especially in the areas that received 2 to 3 inches of rain. 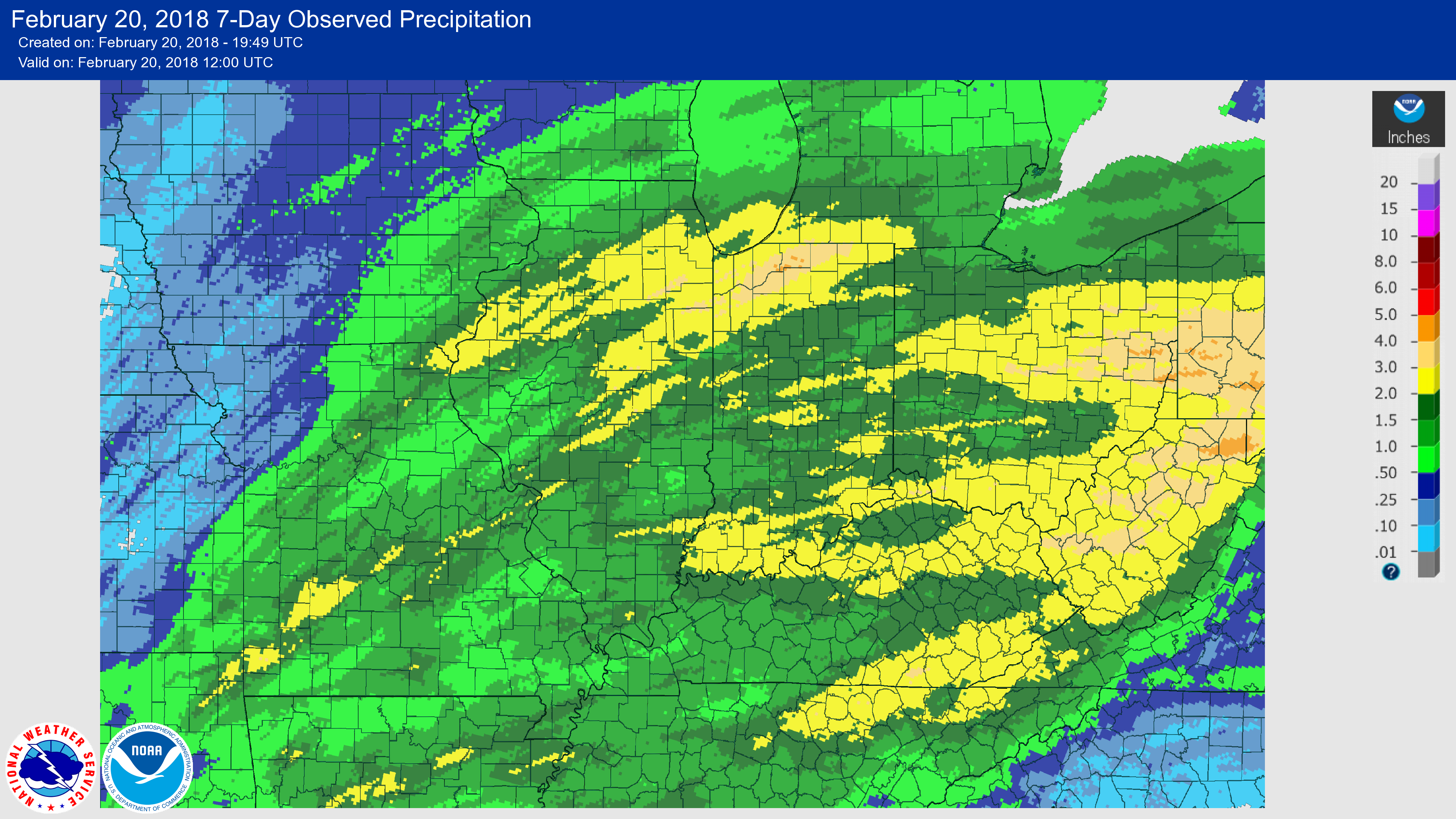 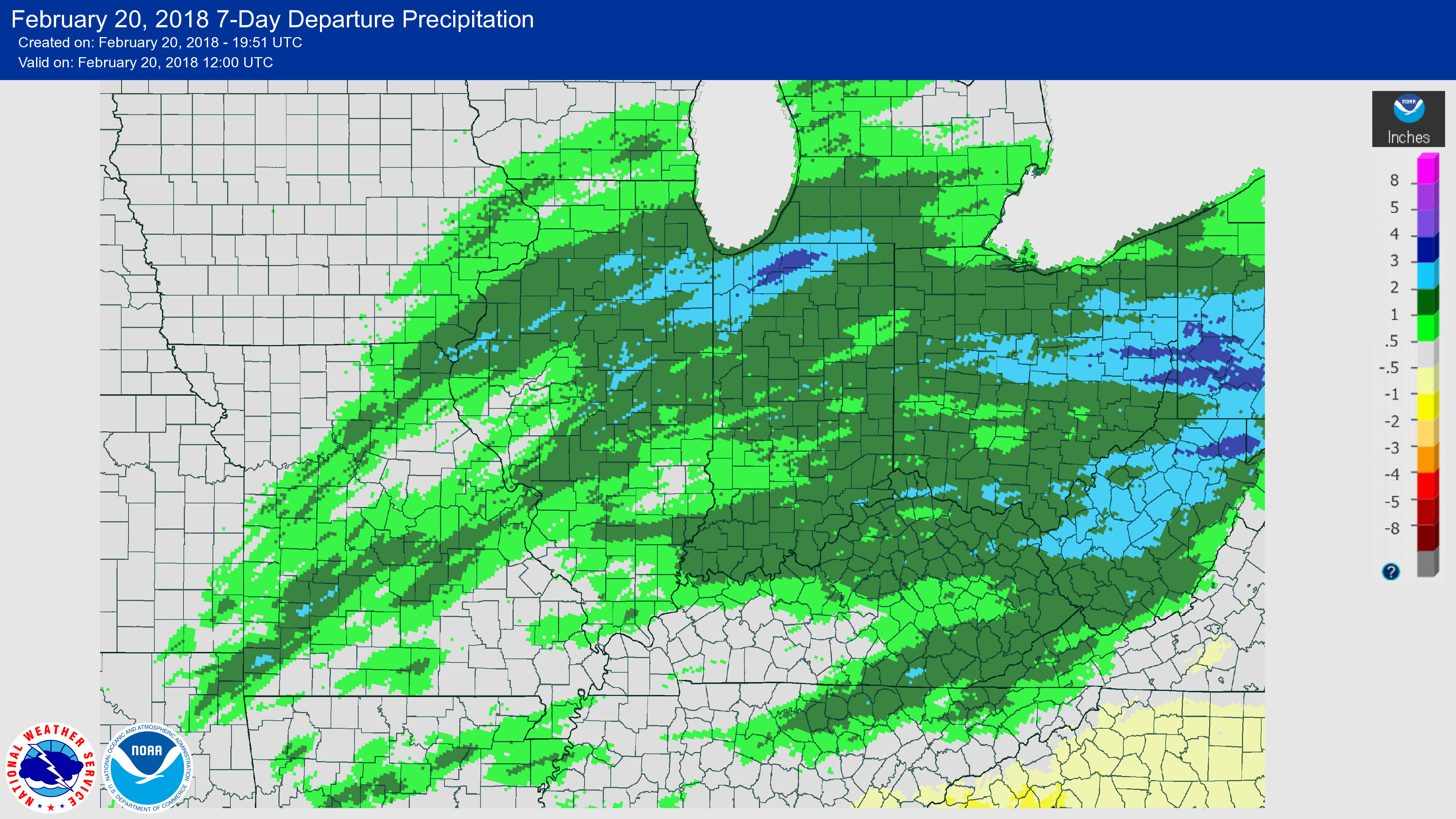 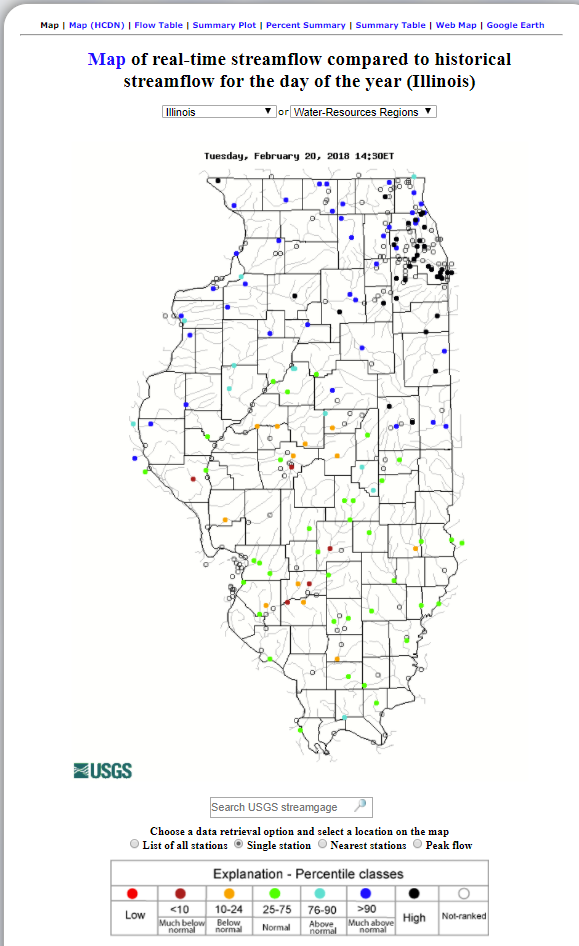 Drought: Needless to say this will have big impacts on the drought conditions in Illinois, although we may not know the full impact until it stops raining. Here is the map from last week. You can see that between the rains so far, and the expected amounts in the next few days, we will likely put an end to the drought in most of Illinois. 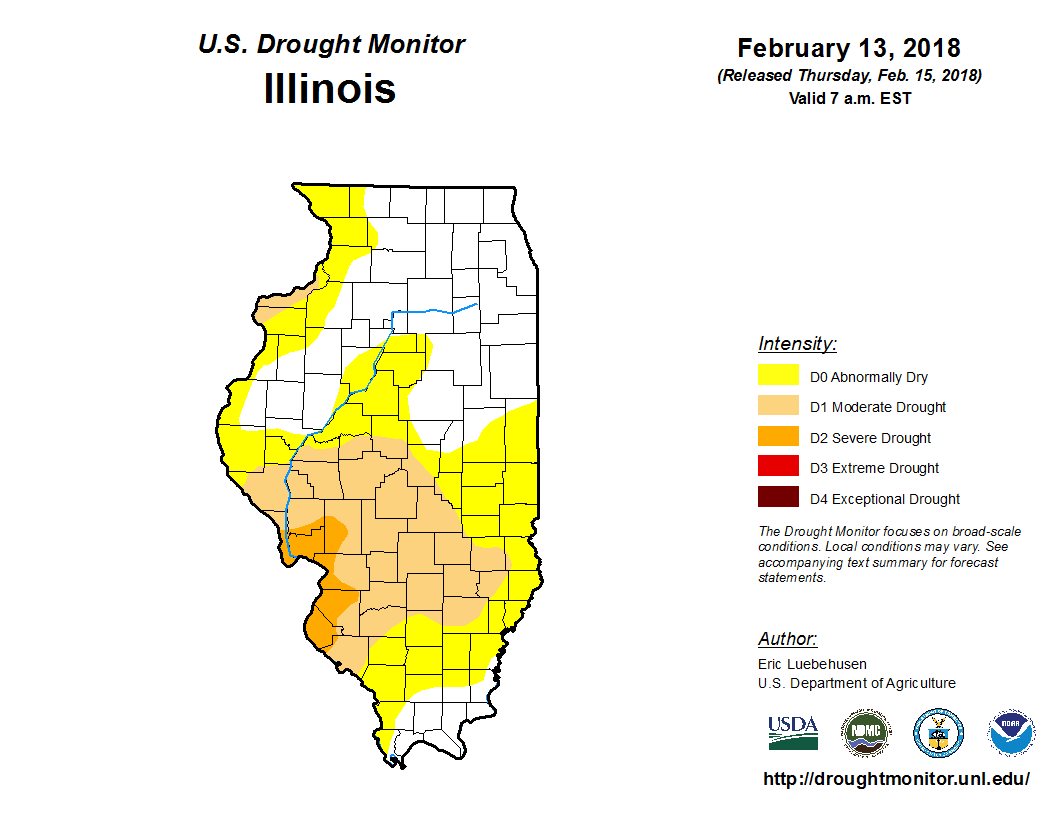