Highlights: Based on preliminary data, the statewide average precipitation (rain and water content of snow) was 5.0 inches for February, 2.9 inches above normal and the wettest February on record. It beat the old record of 4.4 inches set back in 2008.  Statewide records go back to 1895. The highest monthly snowfall total for the month was Aurora with 26 inches. The warmest reading was 83 degrees at Belleville on 2/15 while the coldest reading was -16 degrees at Fulton on 2/7.

Below are the precipitation maps for February in Illinois (click to enlarge). The left panel shows the observed precipitation while the right panel shows the departures from normal (1981-2010 average). Areas in the shades of red to purple received 5 to 10 inches of precipitation for the month. That’s about 3 to 8 inches above normal. Areas that received only 3 to 5 inches include far western and northern Illinois and that was still above normal for February. The highest reported monthly total was Streator with 11.45 inches, followed by Cobden with 10.88 inches. 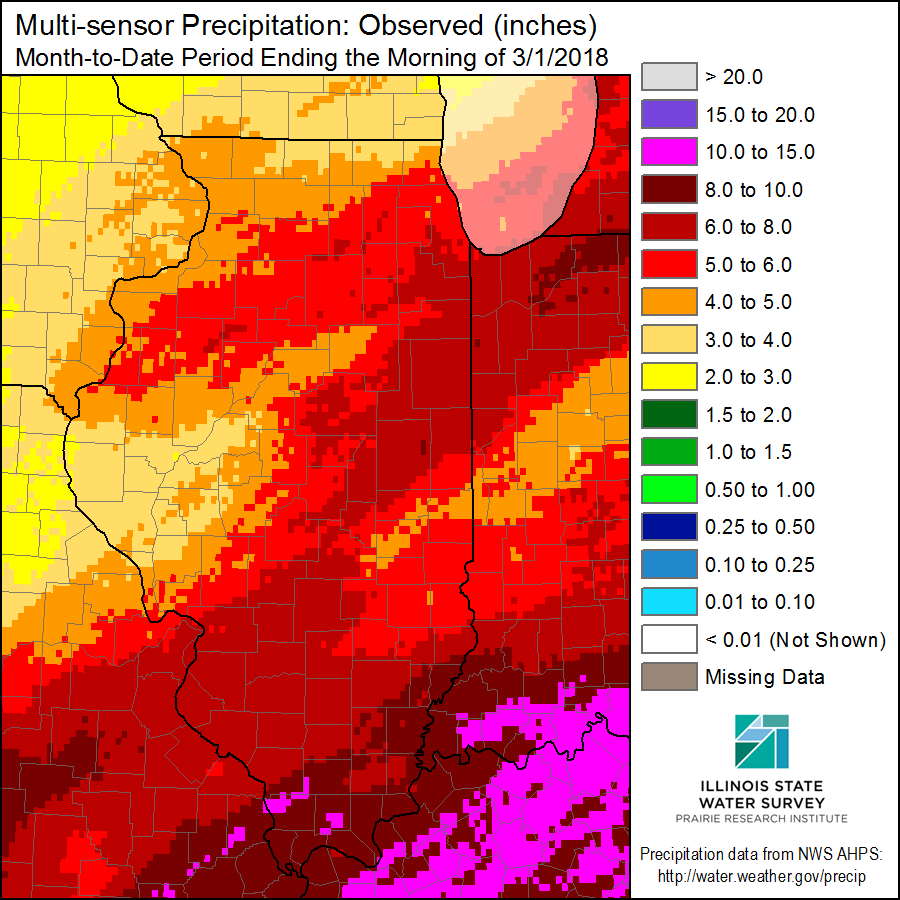 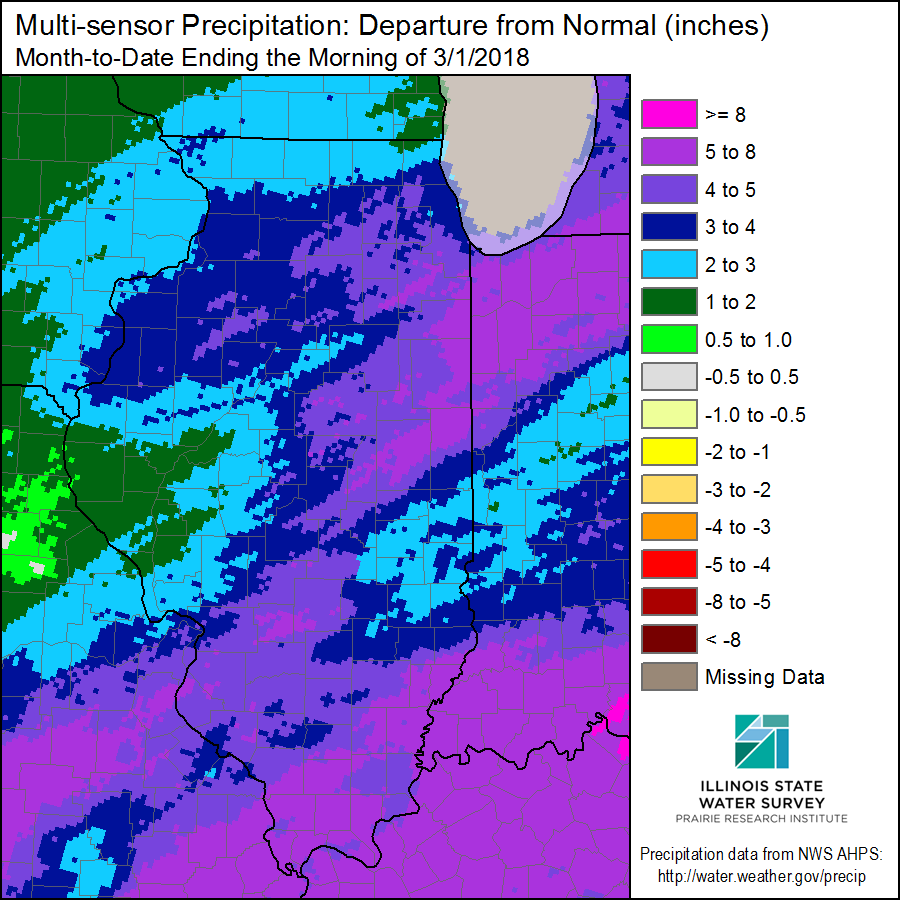 As this figure from the Midwestern Regional Climate Center shows, several sites across Illinois broke daily rainfall records during the last two weeks. 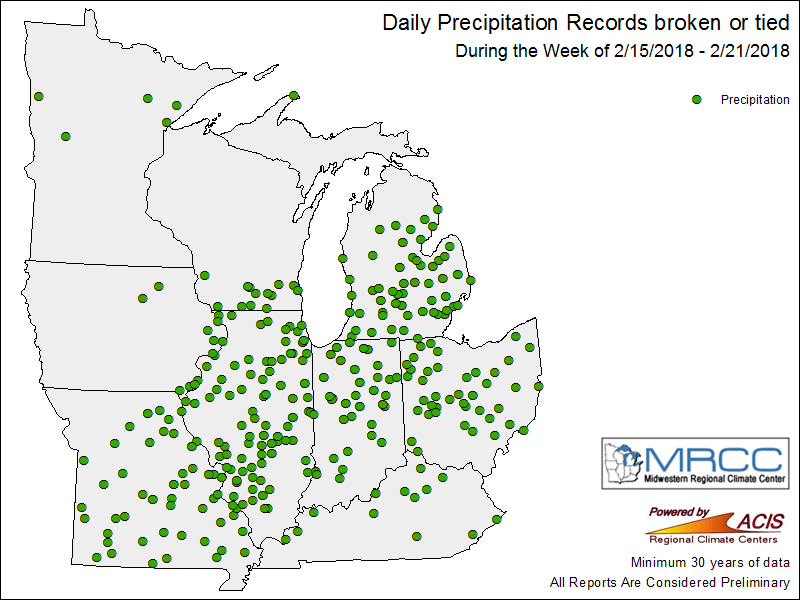 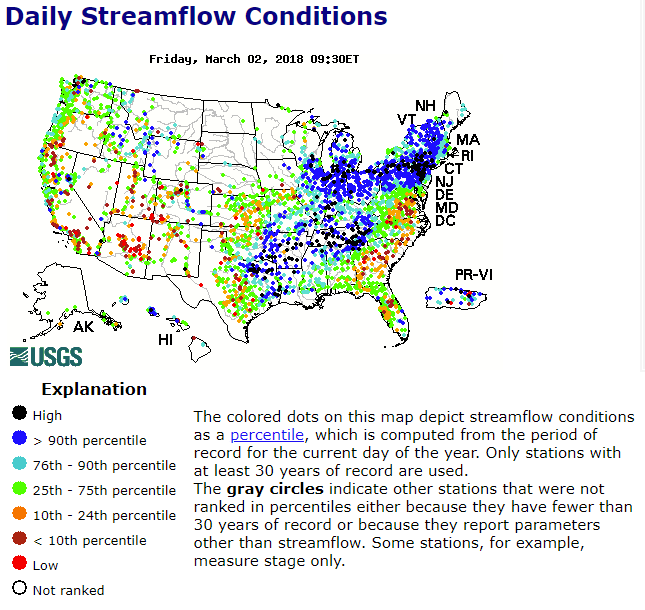 Below are the snowfall maps for February. While northern Illinois experienced between 10 and 25 inches of snowfall and was above normal for the month, the rest of the state saw little snow. In fact, areas south of Springfield reported less than an inch for the month. The largest monthly snowfall total was at Aurora with 26.0 inches. The second highest total was Chicago Heights with 25.5 inches.

Concerns about the dry fall and winter, especially in areas east of St. Louis, reached a peak by mid-February (left panel). However, these concerns were washed away by the heavy rains of over the last two weeks of the month. In fact, by the end of the month, no drought was present in Illinois (right panel). A few areas were still behind on precipitation but that may not present a problem now. Click maps to enlarge.