Illinois is off to a warm start to 2016. The first half of the year averaged 49.7 degrees, 2.8 degrees above normal and the 7th warmest January-June on record. Every month except May was above-normal for temperatures. Statewide records go back to 1895. Normals are represented by the 1981-2010 average.

The statewide average precipitation for the first half of 2016 was 16.24 inches, 3.59 inches below normal and the 26th driest on record. Every month except March was below-normal for precipitation. Most of the dryness in 2016 was centered in western Illinois. We would have had more drought problems in 2016, except that precipitation in November and December of 2015 was 6 inches above normal, leaving soils saturated and river, streams, and wells fully recharged.

Here are the monthly departures for temperature and precipitation for Illinois in 2016. 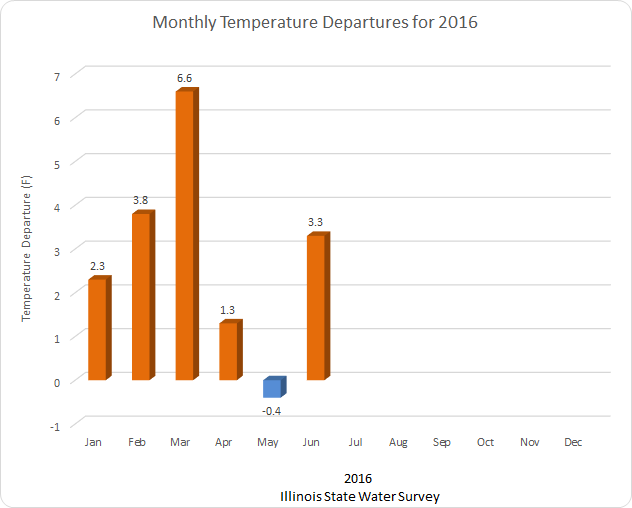 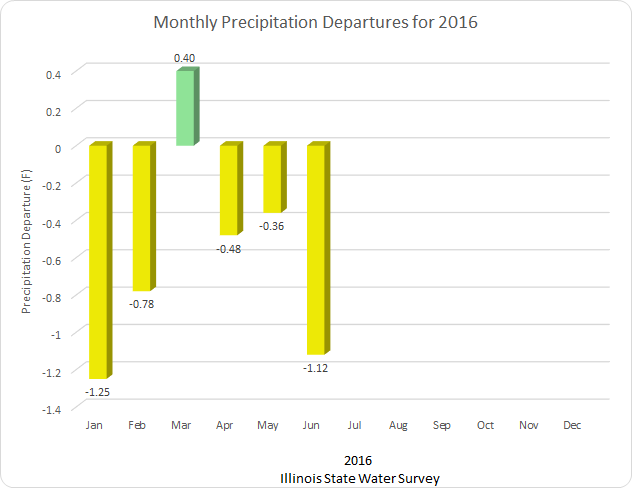