Here are the April rainfall and departure from normal maps. In general, the northern half of the state has received 1.5 to 4 inches of rain, while the southern half has received 4 to 7 inches of rain. As a result, some areas around Peoria are below normal while areas in south-central Illinois are above normal on rainfall for the month so far. The statewide average rainfall for April was 3.30 inches, 0.5 inches below normal. The highest monthly rainfall totals were 8.65 inches at Paris, and 7.98 inches at Effingham. 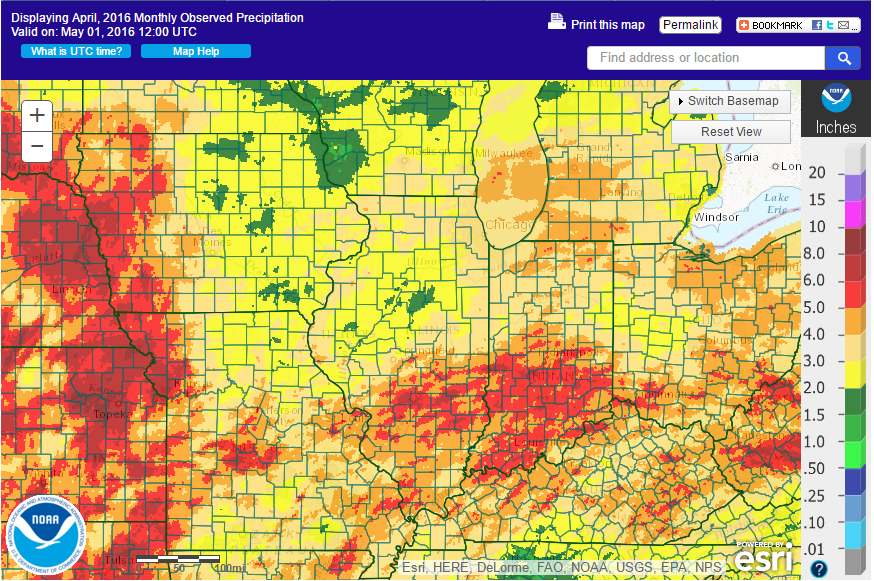 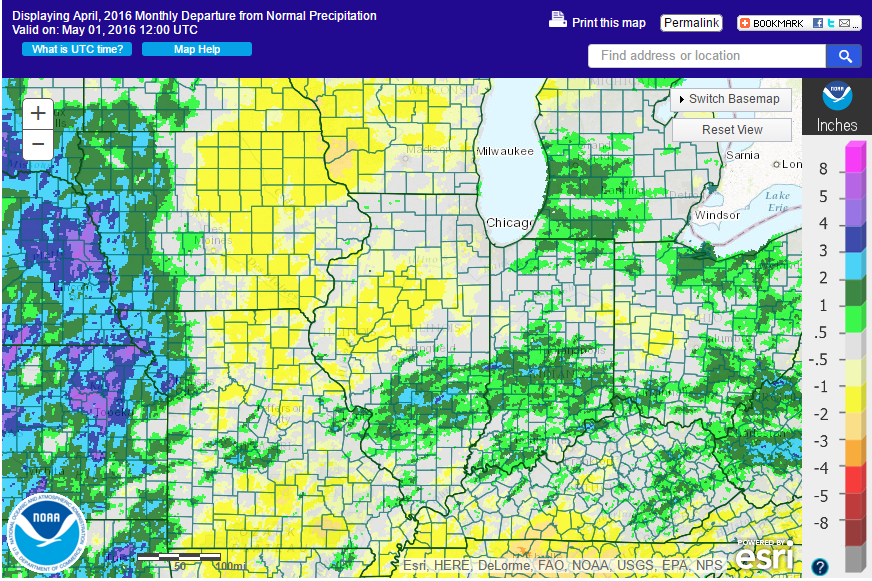 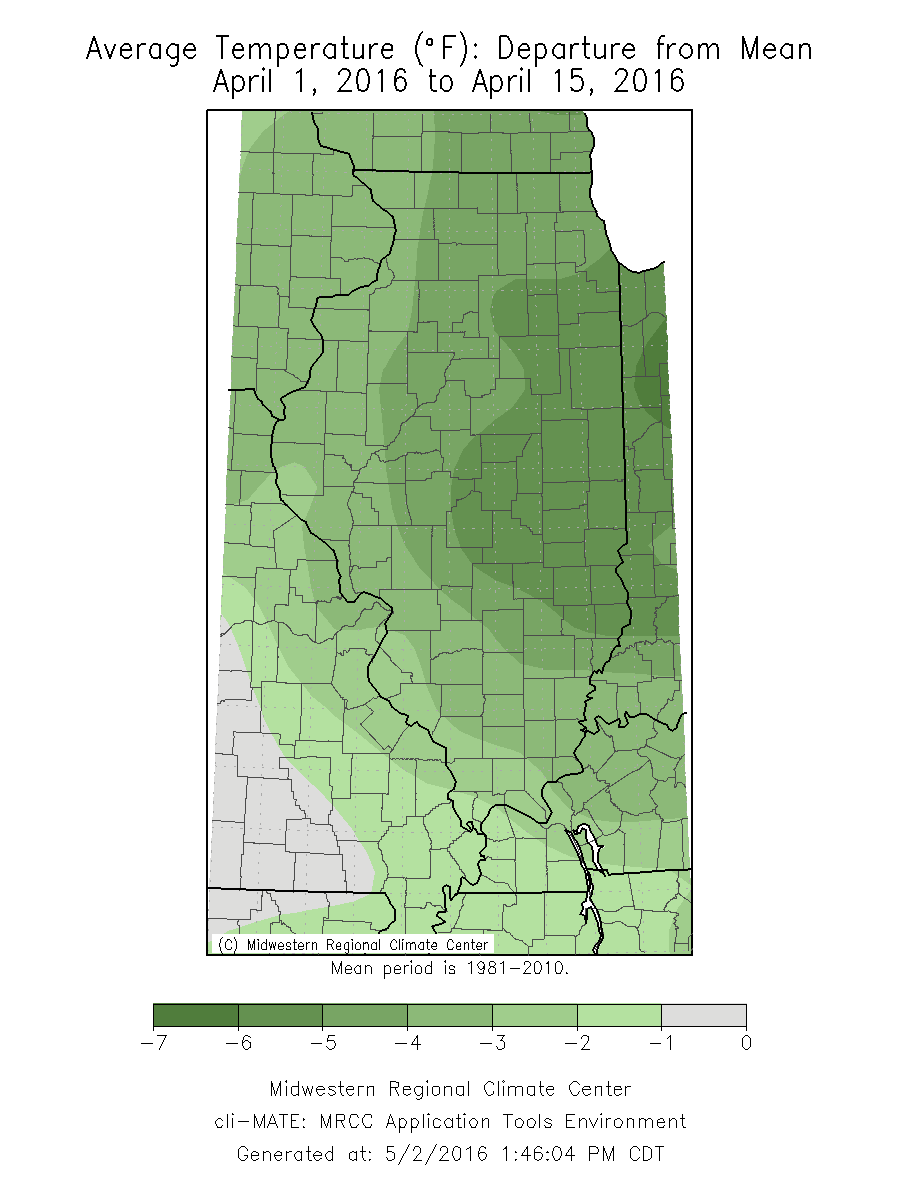 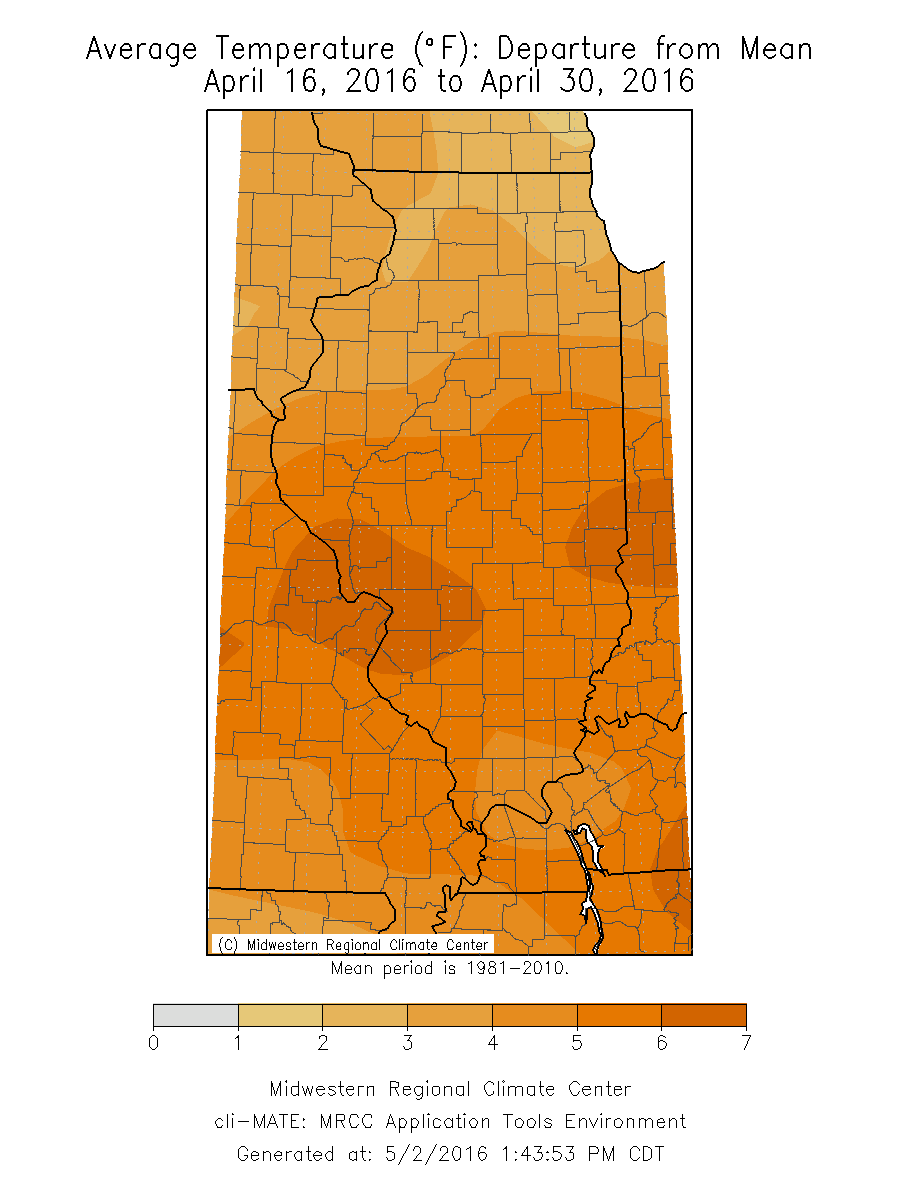