Illinois has had a persistent dry spot in west-central Illinois since the beginning of 2016. Here is a map of the precipitation departures from normal for the last 90 days. The band from Quincy to Peoria is about 2 to 4 inches below normal.

The good news is that a lot of the dry weather happened during January, February, and March, when demands on soil moisture, rivers, and lakes were very low. If this had occurred in the middle of summer, it would be a different story.

I saw a lot of dust flying behind farm equipment in the Quincy area a few weeks ago. However, in the last week, 1-2 inches of rain had fallen in that area to help ease concerns of dry soils. Parts of Adams and Pike counties received even a little more, 2-3 inches. The USDA NASS Crop Progress and Conditions report still had the topsoil at 8 percent short in the western crop reporting district, and 7 percent short in the central crop reporting district.

According to the NWS, this week will remain dry for Illinois. However, more rain is expected to arrive on Sunday and into early next week as the next major system moves into the Midwest. 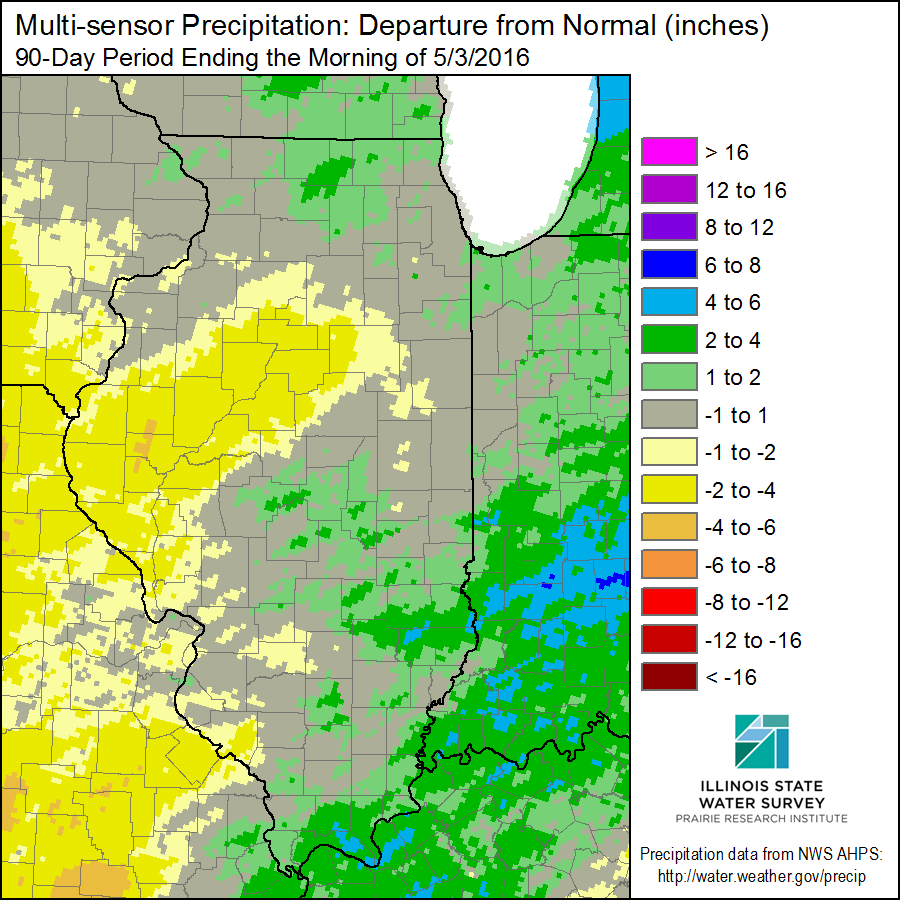