As I posted  last week, we are finishing up a 5-year USDA project called Useful to Usable (U2U), which is designed to provide a set of decision support tools for corn farmers. The tools can be found at www.agclimate4u.org, which redirects you to a server at Purdue University. Or you can just go directly to the tool here. A quick tutorial on the tool can be found here and a general discussion about corn production and growing degree days can be found in the Illinois Agronomy Handbook.

In last weeks post, we covered using the corn growing degree day (Corn GDD) tool before planting. This week I wanted to briefly cover how the Corn GDD tool looks during the growing season. This is a screenshot from July 26 of last summer (below). 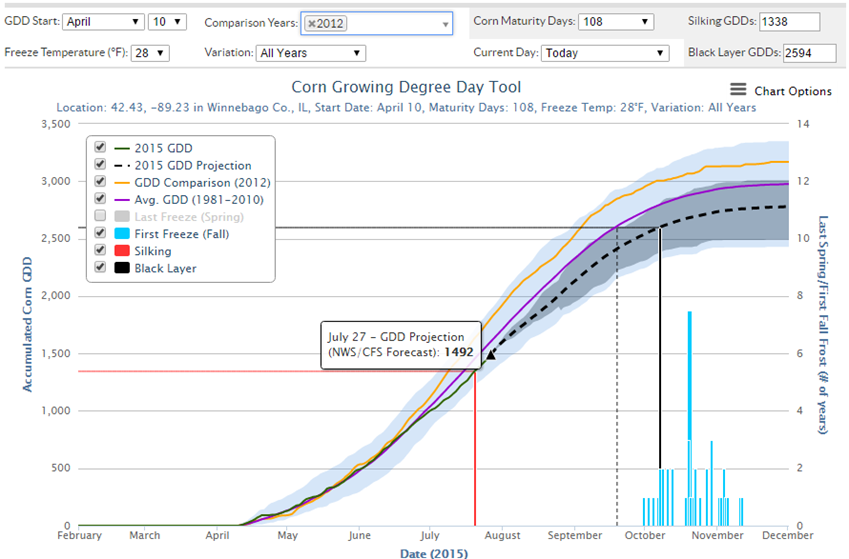 If this is too much information, you can turn lines off by clicking its label in the legend box. Also, you can move the mouse pointer over any part of the graph and get a pop-up box with more details. In this case, I had moused over the forecast line for July 27, indicating that 1492 Corn GDDs were expected to be accumulated by that date.

Here is a zoomed-in view of the above graph, showing the core of the growing season. You can see the accumulated Corn GDD for 2012 (orange line), the average (purple line), and the current year (green line), and the forecast (dashed line). 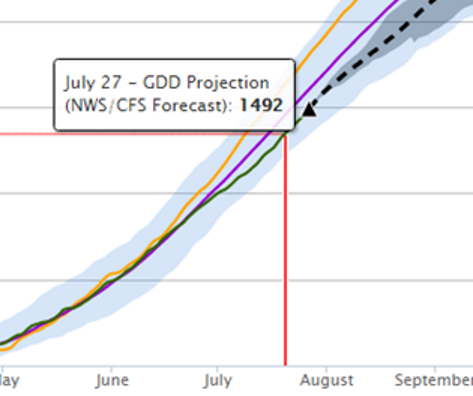