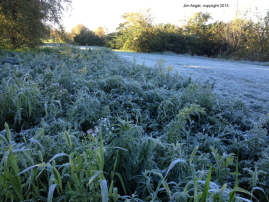 Too early to plant in Illinois? Here are a few things to consider. Yesterday I provided links to the soil temperatures in Illinois. Today I wanted to mention our last spring frost climatology available online.

Frost is the formation of thin ice crystals on the ground or other surfaces in the form of scales, needles, feathers, or fans. If a frost period is severe enough to end the growing season or delay its beginning, it is referred to as a “killing frost”.

Frost in both spring and fall can be a concern to farmers, landscapers, and gardeners. However, we usually do not directly measure frost at weather stations in Illinois. Sometimes observers may note the presence of frost in their comments on the forms. To get around the lack of direct observations, we use a temperature threshold of 32° for frost and 28° for a hard freeze. You can see the full suite of maps for both thresholds here.

In general, the median date of the last spring occurrence of 32 degrees is late April in northern Illinois, mid-April in central Illinois, and early April in southern Illinois. However, if you look closely at the map you can see big differences between nearby stations.

In many cases, these last frost events happen on calm, clear nights where the immediate surroundings can greatly influence how fast the air cools. In general, areas in the open cool off faster at night. In addition, cold air can collect in low spots. On the other hand, areas under trees or near buildings may be slightly warmer in these same circumstances. 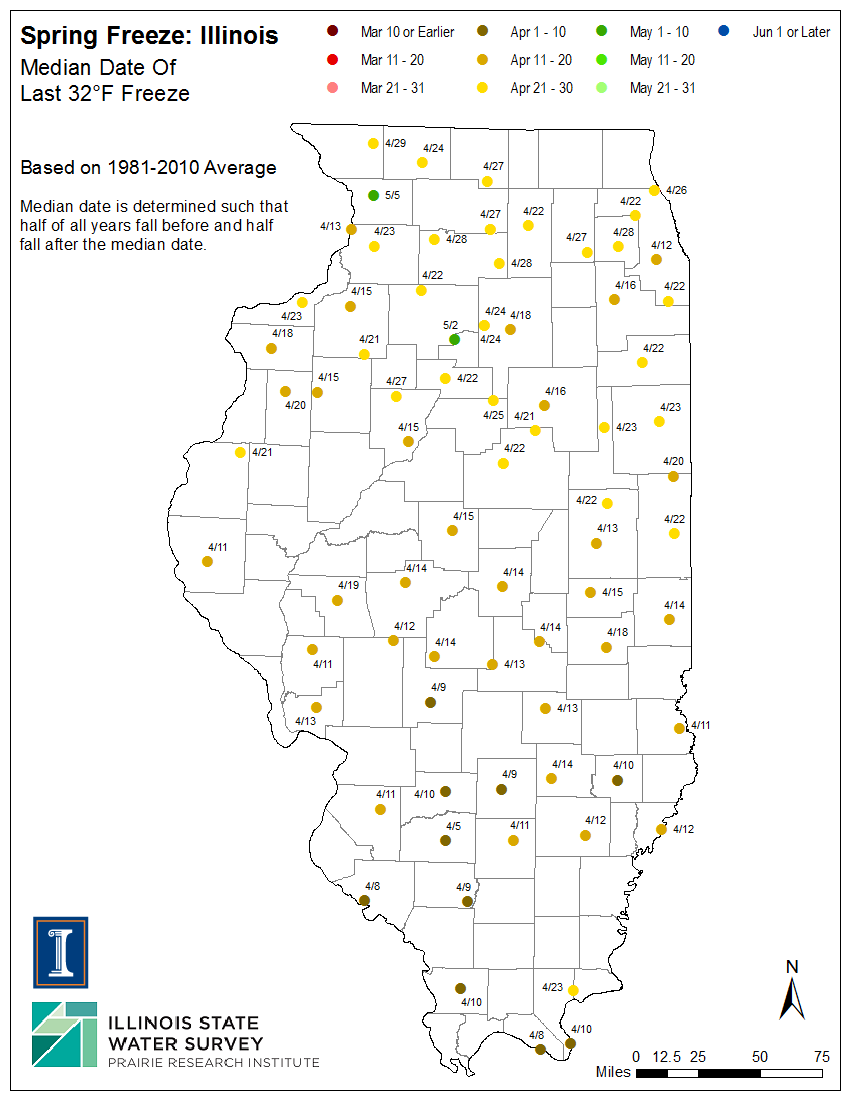