After a mild winter, temperatures continue to be well above average for March in Illinois and the other Midwestern states. Illinois is running about 6 to 8 degrees above average (map below), as are Indiana, Michigan, Ohio, Kentucky, and eastern Missouri and Iowa through March 13. The warmer than average conditions are even stronger in the western portion of the Midwest. Temperature departures of 9 to 12 degrees are common in Wisconsin, Minnesota, and western Iowa and Missouri. 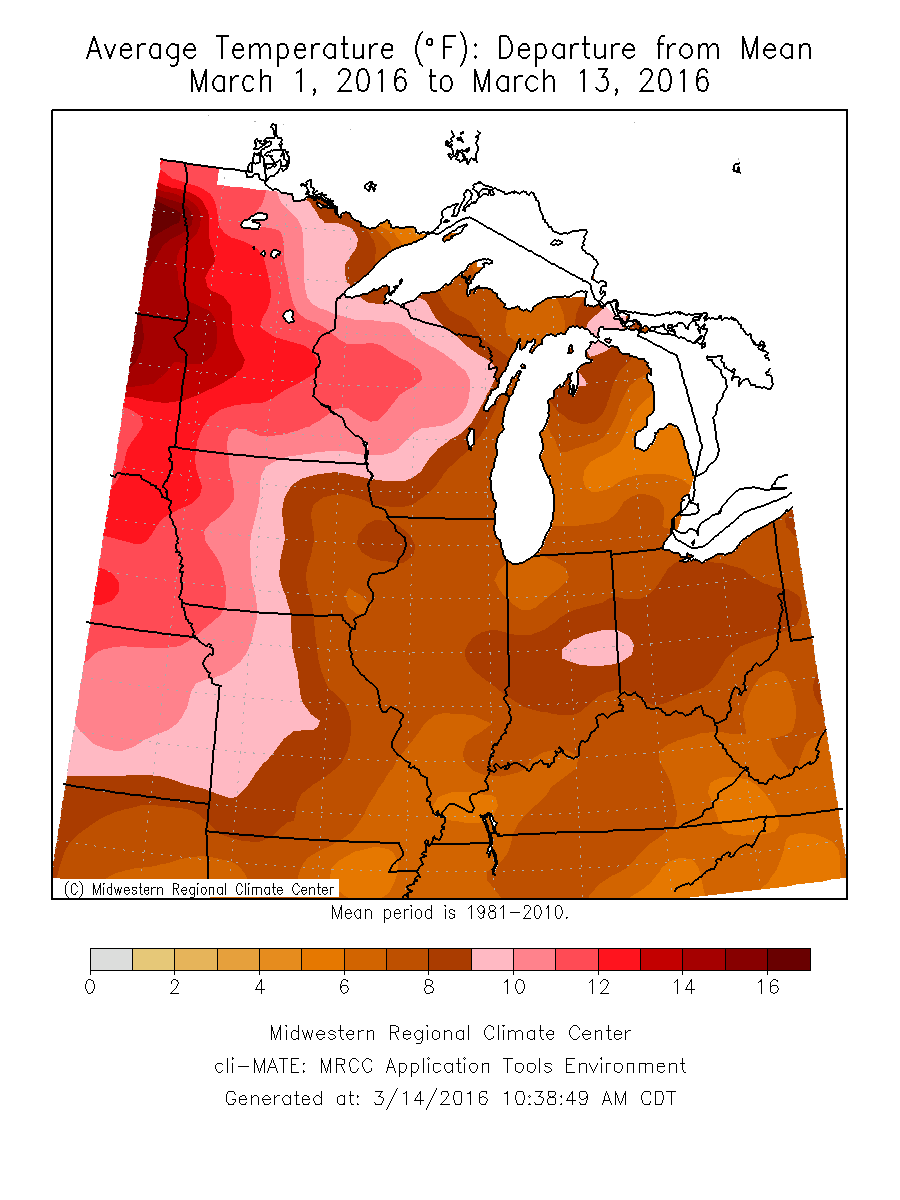