The first 17 days of December in Illinois has been nearly 11 degrees above average, with plenty of rain and a little snow in northern Illinois. 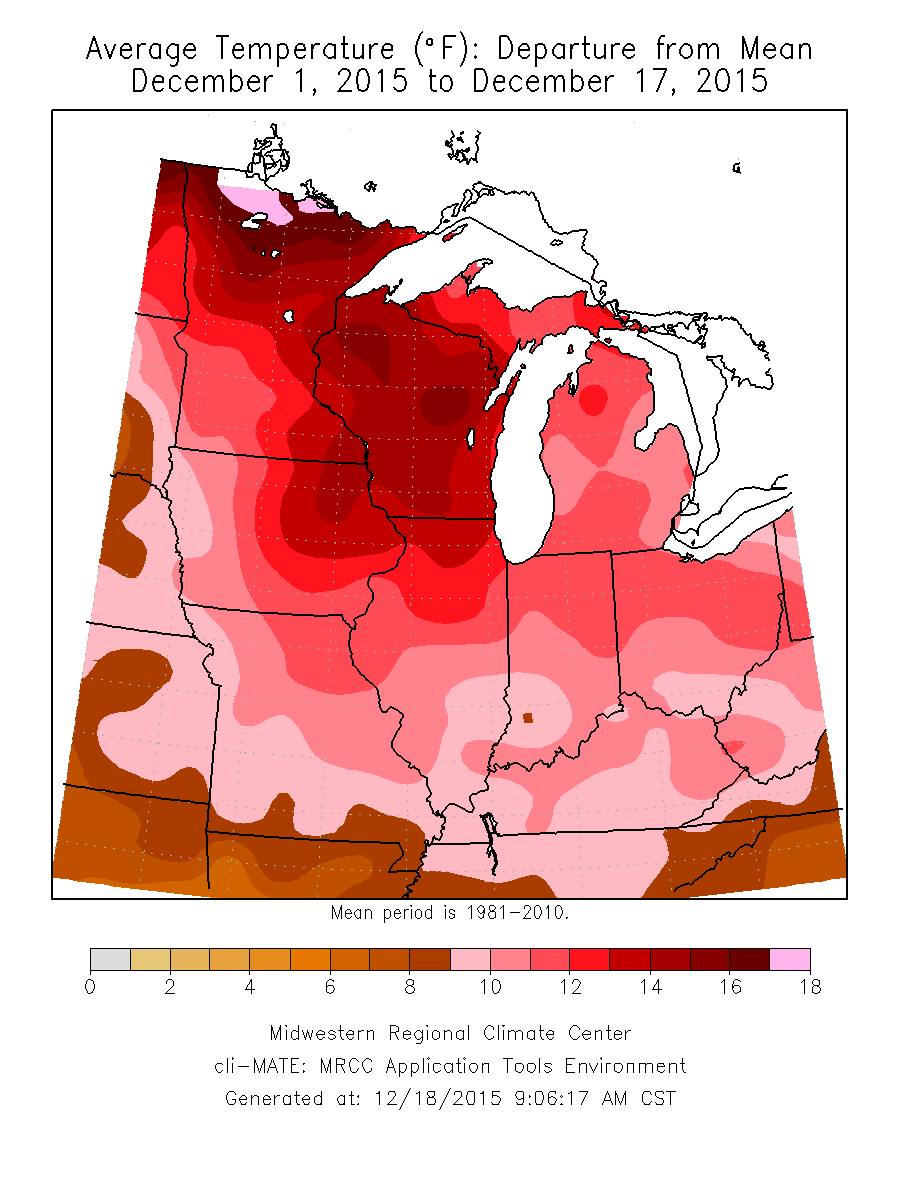 Snowfall in December has been very light with less than 0.5 inches south of Interstate 80 and between 0.5 and 1.5 inches north of Interstate 80. Naturally, this is below average for the first half of December in most of Illinois. The only significant snow in the region was in northwest Iowa, most of Minnesota, as well as northern Wisconsin and the western UP of Michigan. Right now there is no snow on the ground in Illinois. 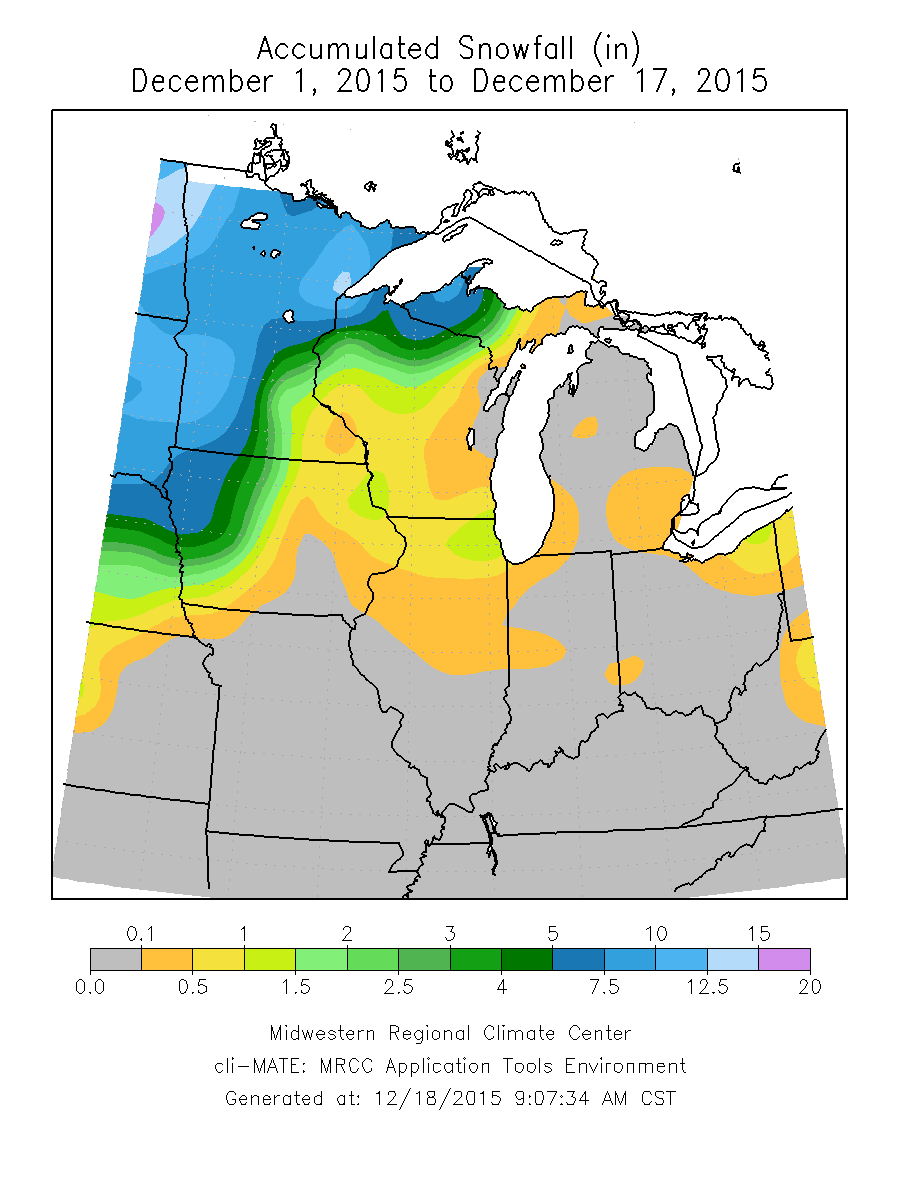 Here is the average snowfall across Illinois for December. It ranges from 1 to 2 inches in far southern Illinois, all the way up to 10 to 12 inches along the Illinois-Wisconsin border. 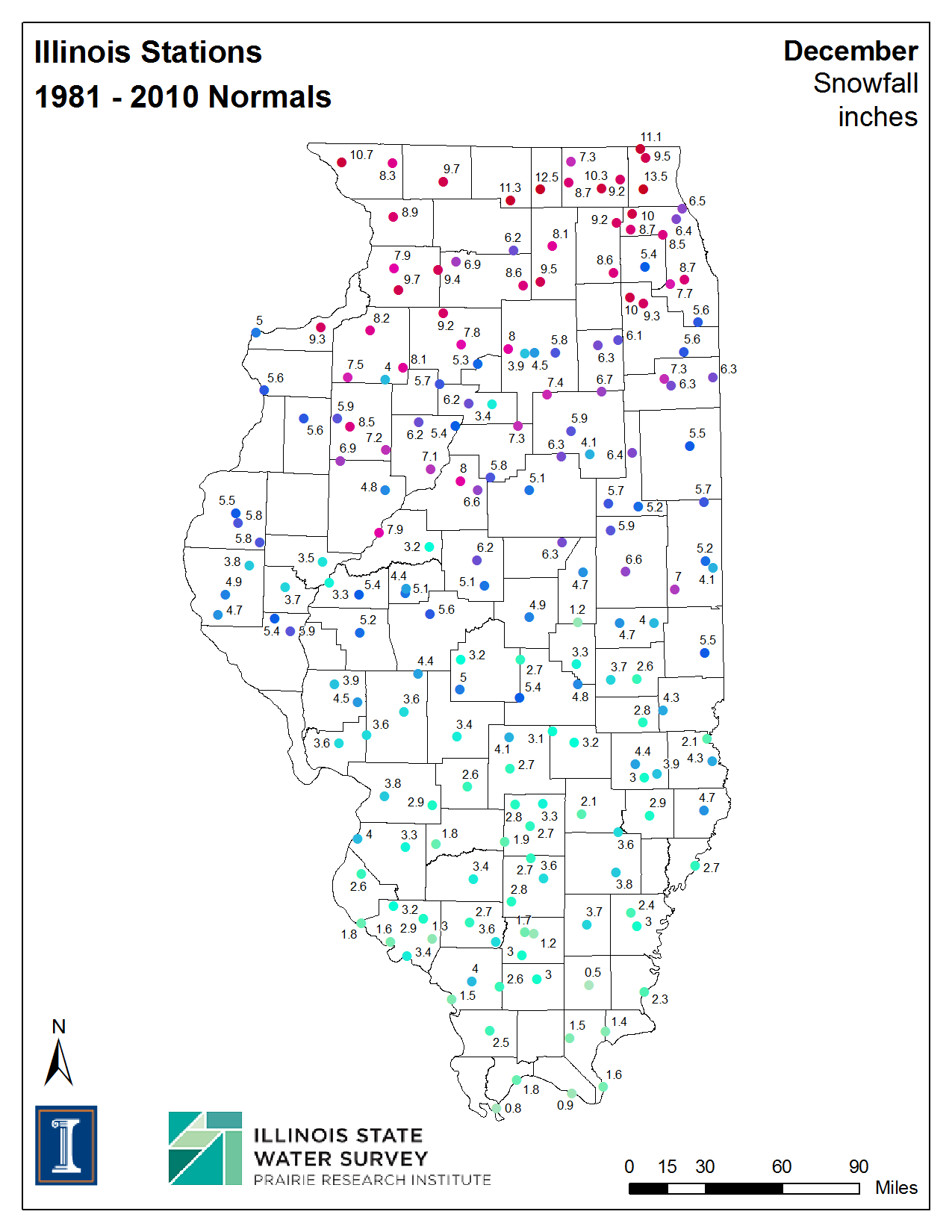 Precipitation (rain plus the water content in snow) was lightest in southern and eastern Illinois where totals were less than 1.5 inches. Several storms tracked through the upper Midwest, giving northern and western Illinois more precipitation (1.5 to 3.0 inches). The statewide average was 1.44 inches, 91 percent of average. 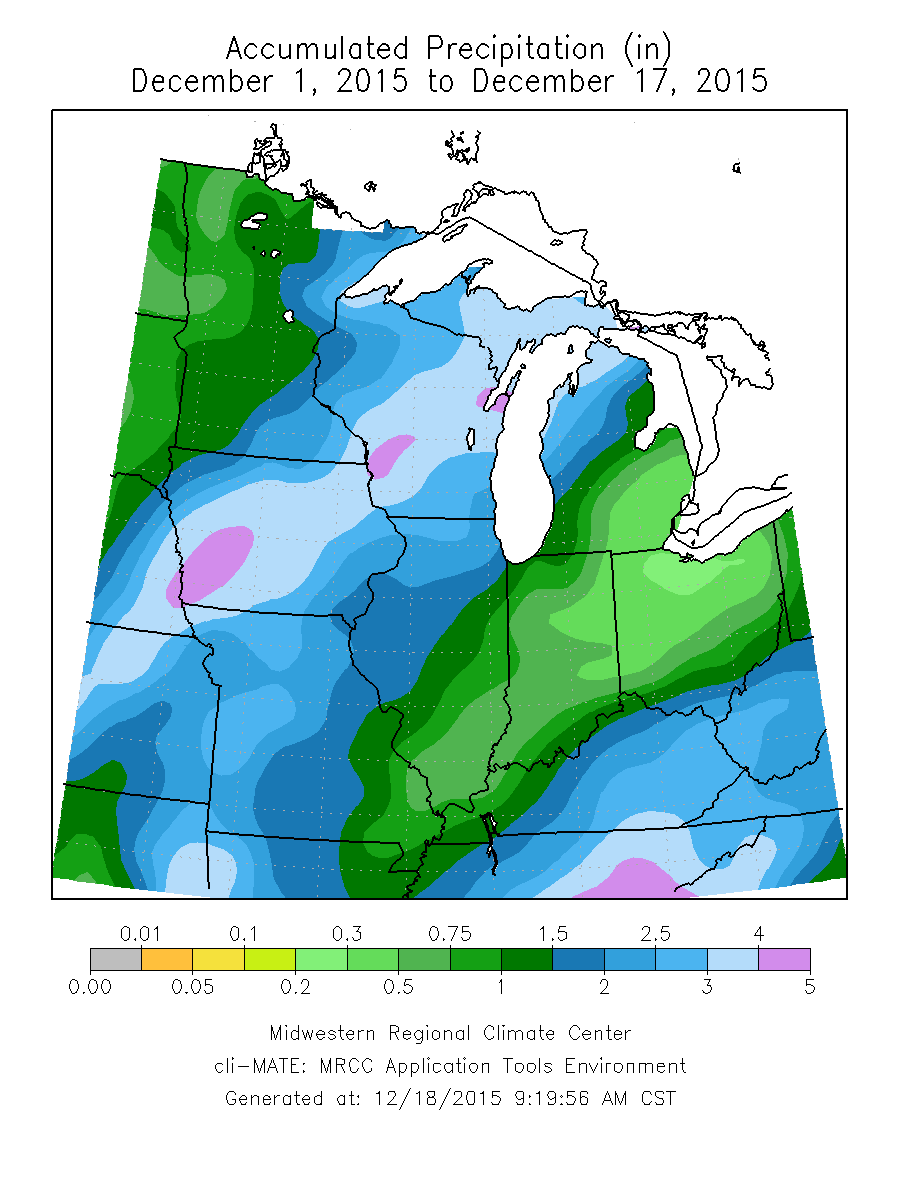