This was the deadliest tornado in U.S. history with 695 lives lost and occurred long before there were systematic forecasts and warnings of tornadoes. While it predated the common F-scale used to measure tornadoes, it was considered by experts to be an F-5 event.  A few years ago there was a push to decide if this was one continuous track or not by examining all the evidence and interviewing survivors. It was hard to decide since there was no weather radar to track the storm. Some of the areas were very sparsely populated, leaving little documentation on the possible track.

Wilson and Changnon (1971) wrote a detailed account of the Tri-State Tornado, including the map above. The relevant pages are presented here as images, click to enlarge, and as a PDF file:  Reduced-ISWSC-103. 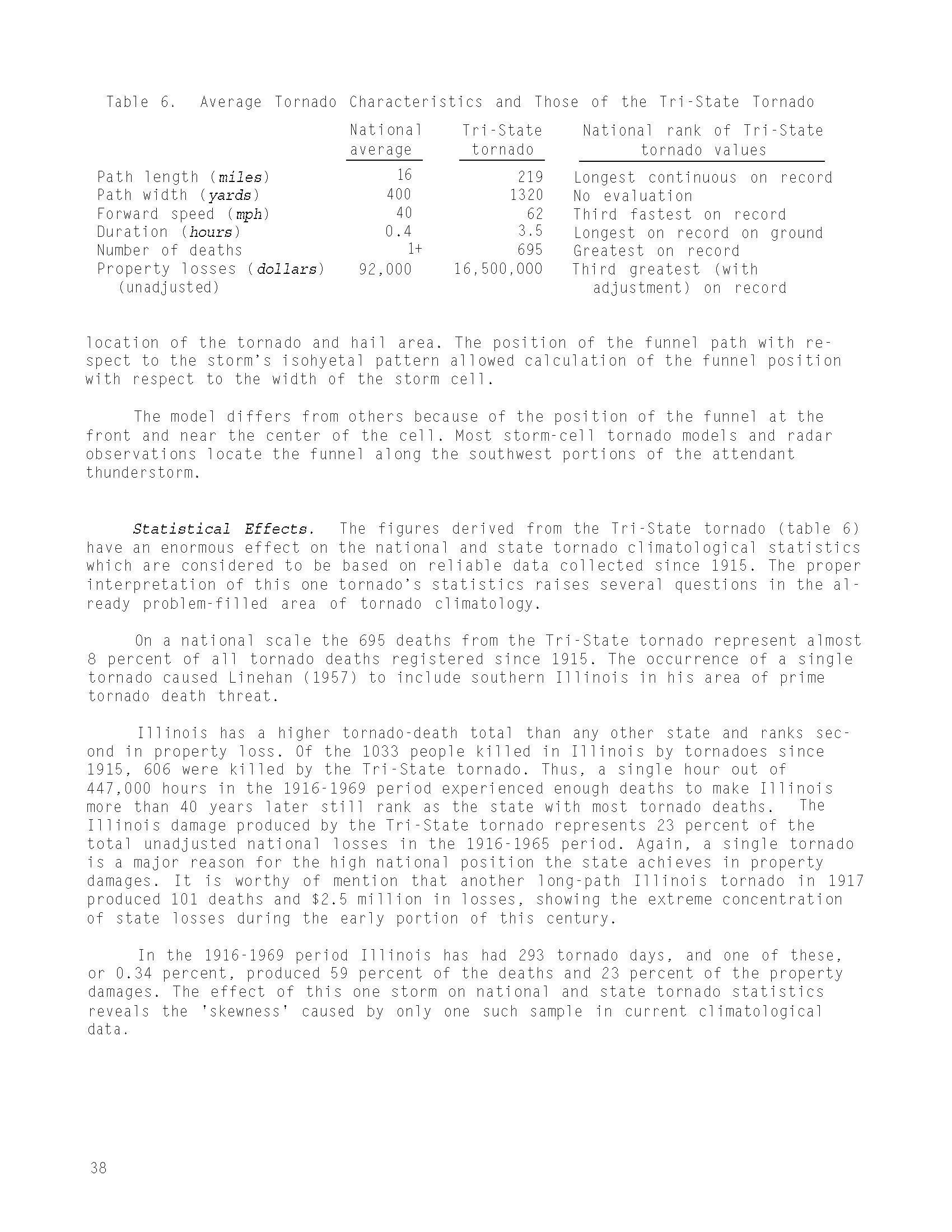 There are some other good writeups on the Tri-State Tornado: