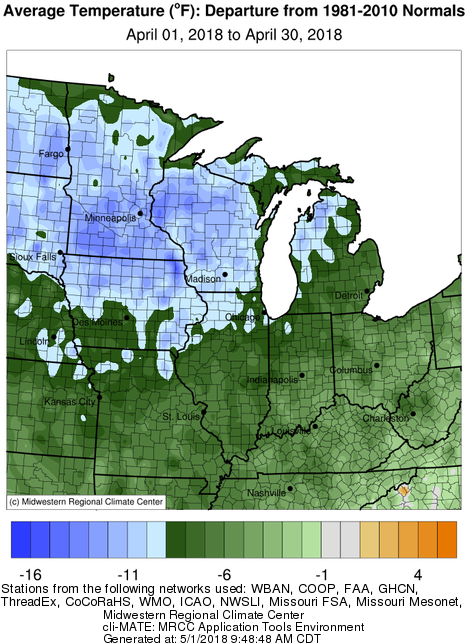 As of this morning, the statewide average precipitation in Illinois was 0.34 inches. That makes it the second driest October on record. However, the forecast for Tuesday will move us down in the rankings. In the meantime, here is where we stand for dry Octobers: 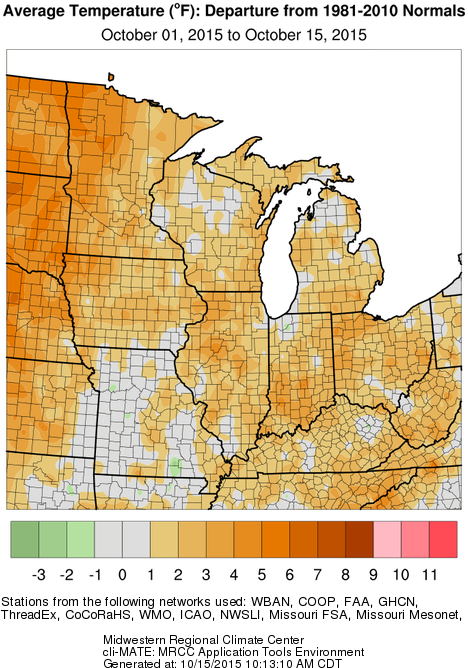 Meanwhile, precipitation has been largely missing in action in October (map below). The areas in gray across Iowa, and parts of surrounding states indicate almost no measurable precipitation has fallen. It’s hard to tell on this map because of the scale, but most of Illinois has received less a tenth of an inch for the month so far. The statewide average is 0.05 inches.   END_OF_DOCUMENT_TOKEN_TO_BE_REPLACED

The statewide average precipitation for January 2015 was 1.53 inches, 0.5 inches below average. Because of dry weather in November, December, and January, the US Drought Monitor introduced “D0” in northern and western Illinois. As I explained in an earlier post, this is not a great concern yet because of the low demand for water in winter but we are watching the situation.

Snowfall ranged from less than an inch in the far south to 10 to 15 inches north of Interstate 80 (first map).  That results in above-average snowfall in the northern half of the state and below-average for the southern half (second map). However, this was far less snow than January 2014 (last map) when most of the state was covered with 10 to 25 inches of snow.  END_OF_DOCUMENT_TOKEN_TO_BE_REPLACED