[Update 10/6/2016] New numbers released by NCEI indicate that September was the 5th warmest on record for Illinois, instead of the 6th warmest. The statewide average temperature was 70.9 degrees, 4.7 degrees above normal. That was 0.2 degrees warmer than the preliminary number I provided at the end of the month. It is tied in 5th place with 1998. The warmest September on record was a tie between 1933 and 1925 with a statewide average temperature of 72.2 degrees.
The average statewide temperature for January through September of this year was 57.8 degrees, 2.1 degrees above normal and the 5th warmest January through September on record.  Here is the month by month breakdown of statewide temperature departures for 2016. Every month, except May, has been warmer than the 1981-2010 normal. 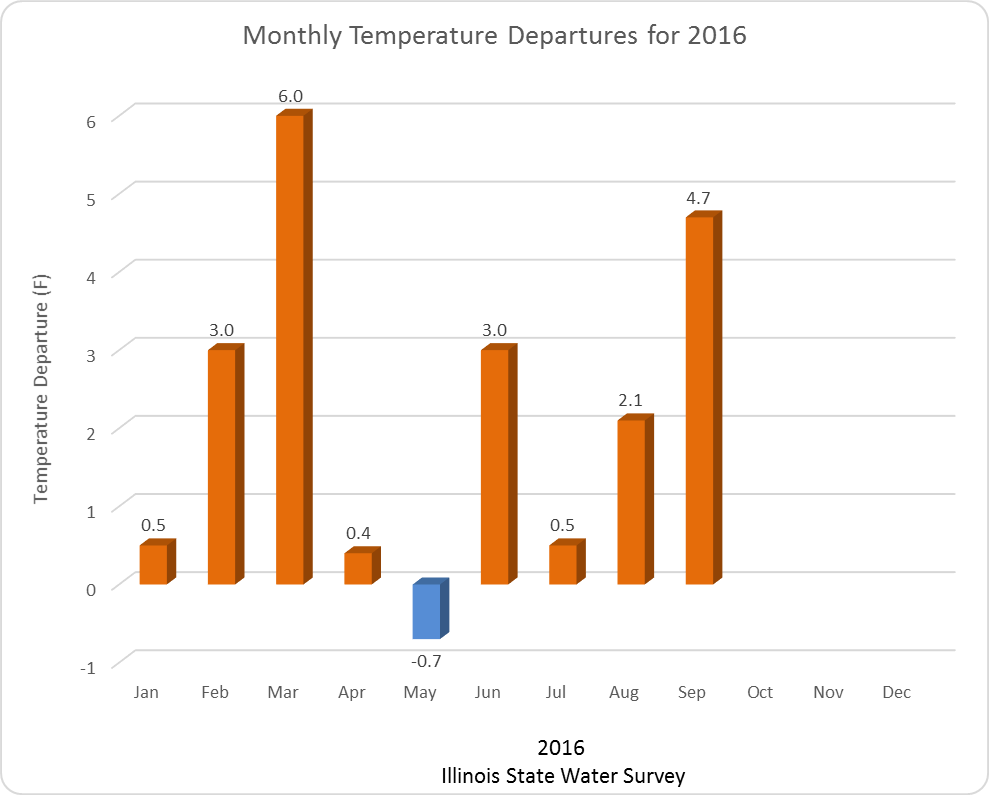 September rainfall was 3.31 inches for a statewide average, which is just 0.08 inches above normal. Here is the distribution around the state. Most areas received between 3 to 5 inches of rain. However, southwestern Illinois was the wettest part of the state with between 5 and 7.5 inches of rain. In the heart of the wet area, two sites in St. Clair County reported over 8 inches: Mascoutah IL-SC-27 with 8.32 inches and Mascoutah IL-SC-26 with 8.17 inches. 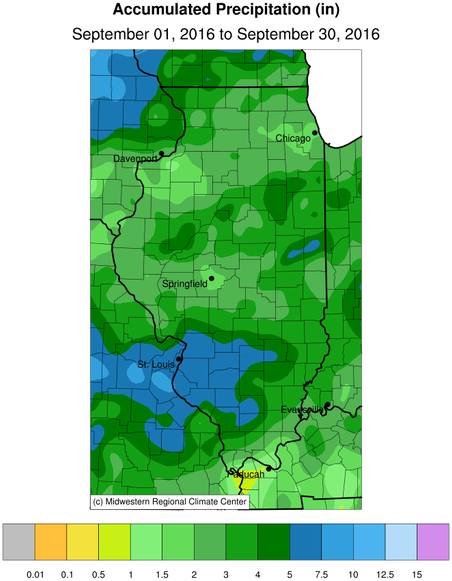 The statewide average precipitation for January through September was 33.43 inches, 2.87 inches above normal. While it was wettest July/August on record, the entire period was only ranked as the 30th wettest on record thanks to the dry January through June. 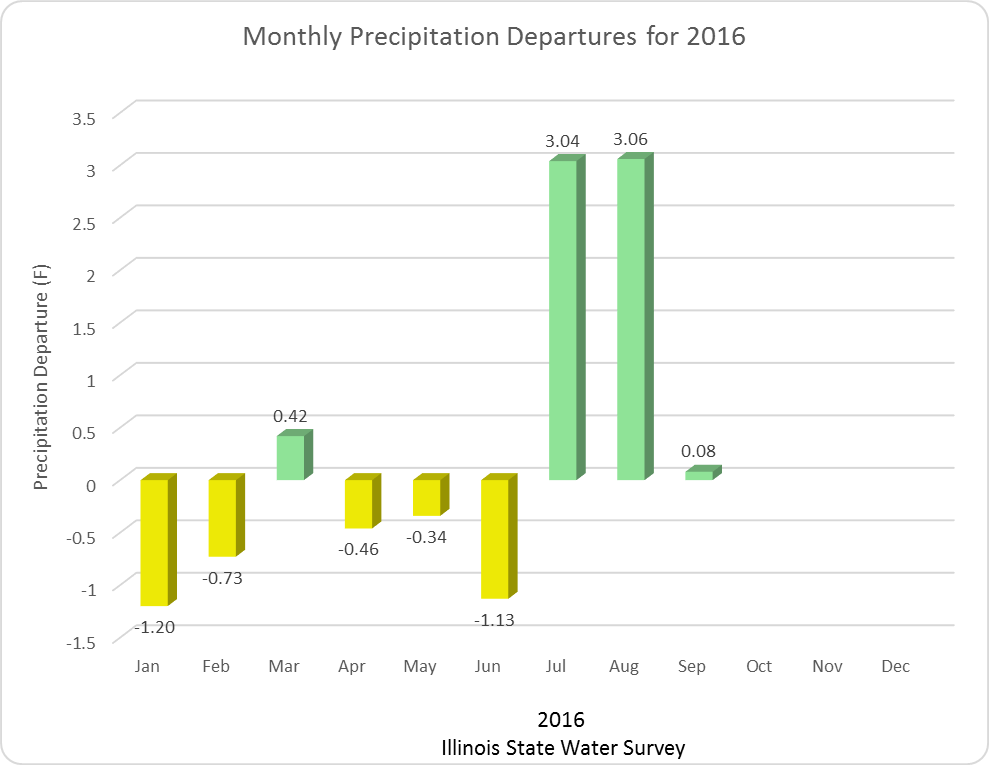