How things are shaping up in 2015? The outstanding features so far are the extremely cold February and the extremely wet conditions in southern Illinois while dry elsewhere. 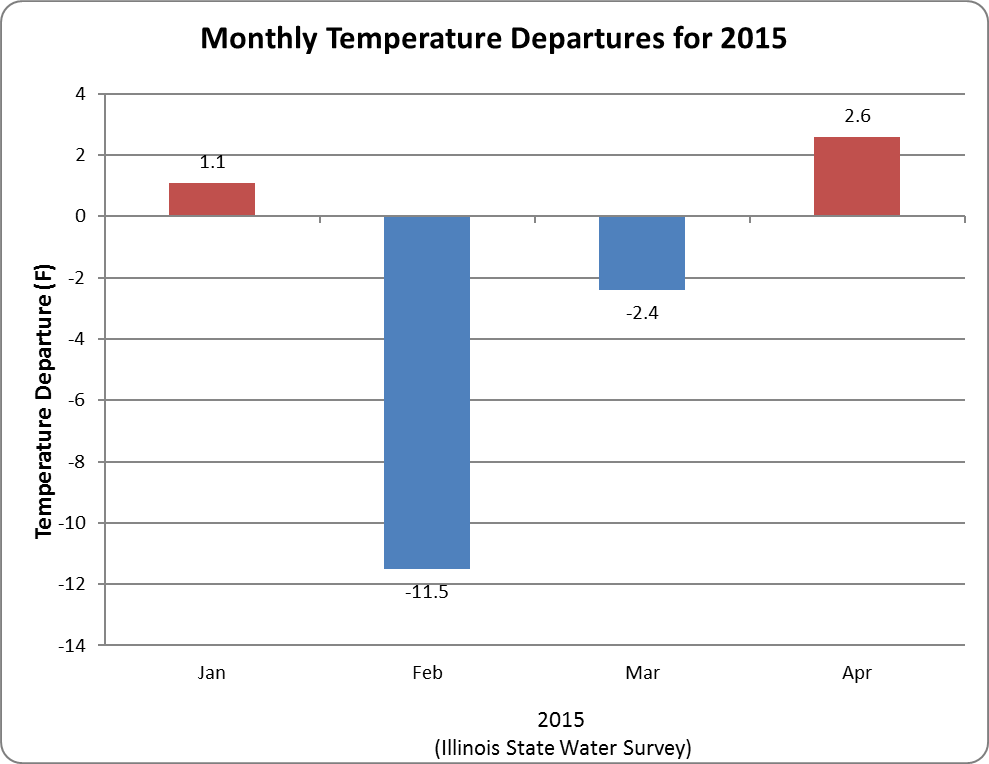 END_OF_DOCUMENT_TOKEN_TO_BE_REPLACED

Last week, the Climate Prediction Center released their outlooks for February and beyond. There is nothing exciting to report for Illinois. Both the outlook for February and the 3-month outlook for February-April have us in “EC” or equal chances of above, below, and near-average temperature and precipitation. See map below (click to enlarge). That’s not bad news – it means there are no increased risks of a colder than average winter.  END_OF_DOCUMENT_TOKEN_TO_BE_REPLACED

Here are the patterns of precipitation and temperature departures across the Corn Belt for October so far. The eastern half of the Corn Belt experienced both wetter and cooler than average conditions for the month. Meanwhile, the western Corn Belt was both drier and warmer than average.