While the magnitude of the swings were impressive, the pattern of warm and cold stretches is typical of winter in Illinois and represents the passage of warm and cold fronts across the region. Because it may take a day or more for a system to pass through Illinois, the dates and size of the temperature departures at a particular station may not correspond to the statewide numbers, especially in far southern Illinois. 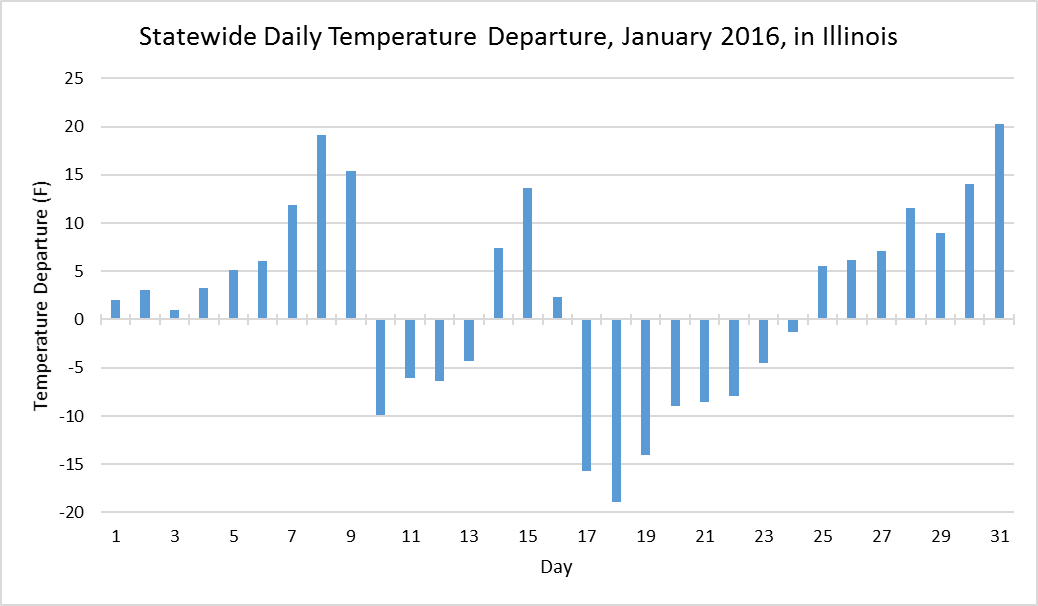 The January precipitation (left) and departures from average (right) show that precipitation was uniformly light across Illinois, just under an inch in most places (light green) and just over an inch below average (shades of yellow).

The January snowfall (left) ranged from 2 to 5 inches in most locations. Western Illinois saw 5 to 7.5 inches. However, as the panel on the right indicates most of Illinois received below-average snowfall (shades of beige and yellows). 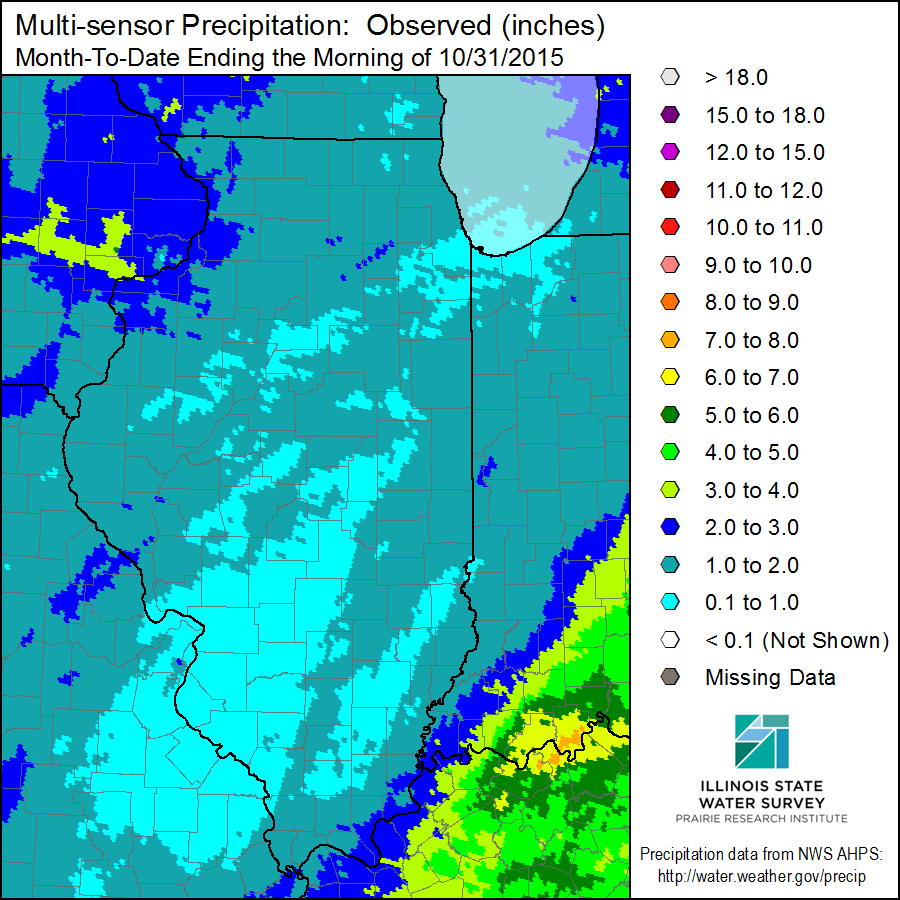 Most of Illinois was in the two lighter shades of green, indicating rainfall amount of between 0.5 and 1.5 inches. There is a hole in southwestern Illinois (blue) were rainfall amounts were less than 0.5 inches. Higher amounts of 2 or more inches just missed Illinois, and fell across the border in Kentucky and southern Indiana.

It looks like we have one last shot of rain in October on Saturday.

The precipitation for August was unevenly distributed, which is typical in the summer months. Amounts of 3 to 5 inches were common in northern Illinois and points east of St. Louis. END_OF_DOCUMENT_TOKEN_TO_BE_REPLACED