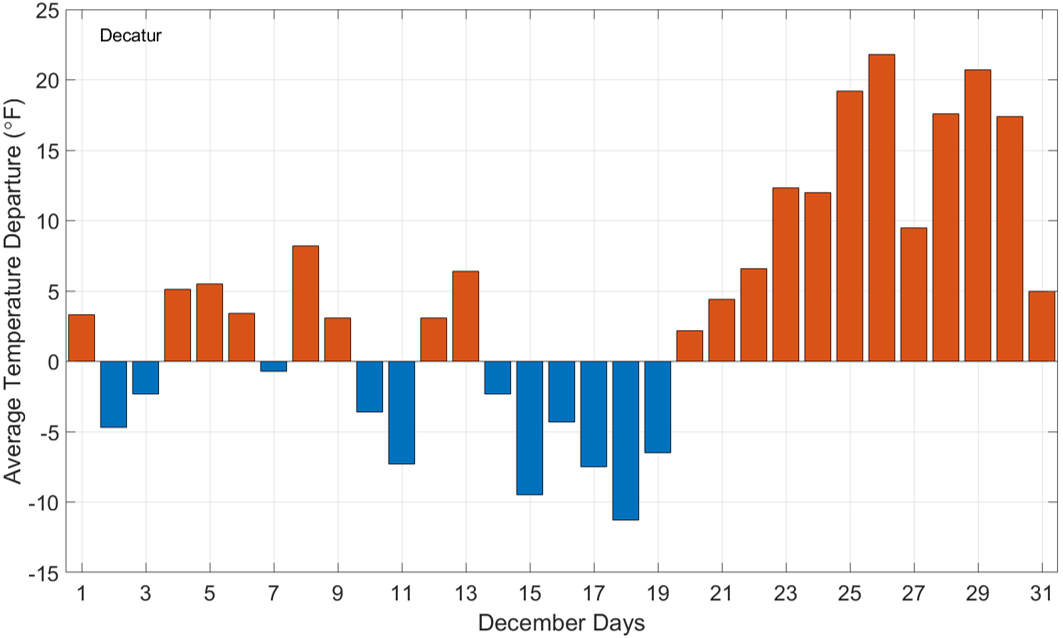 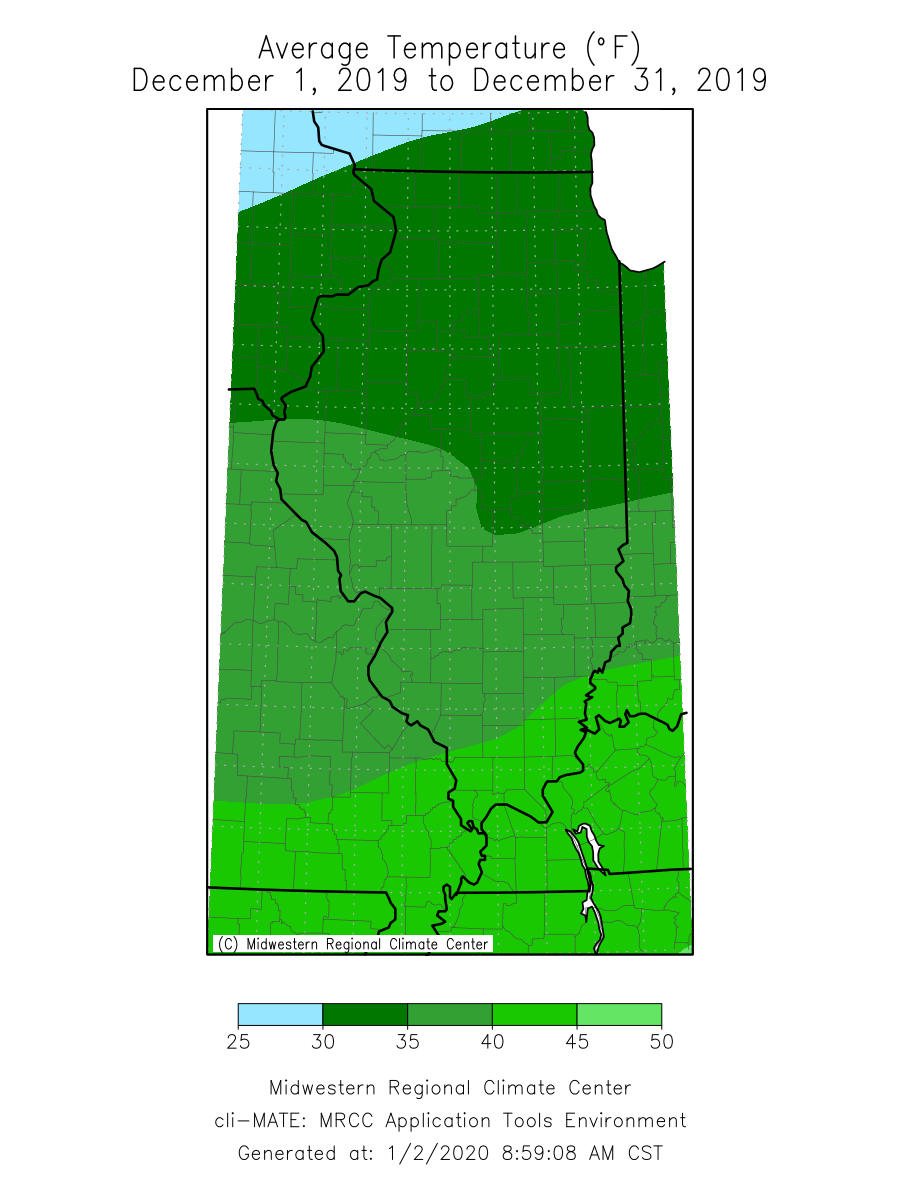 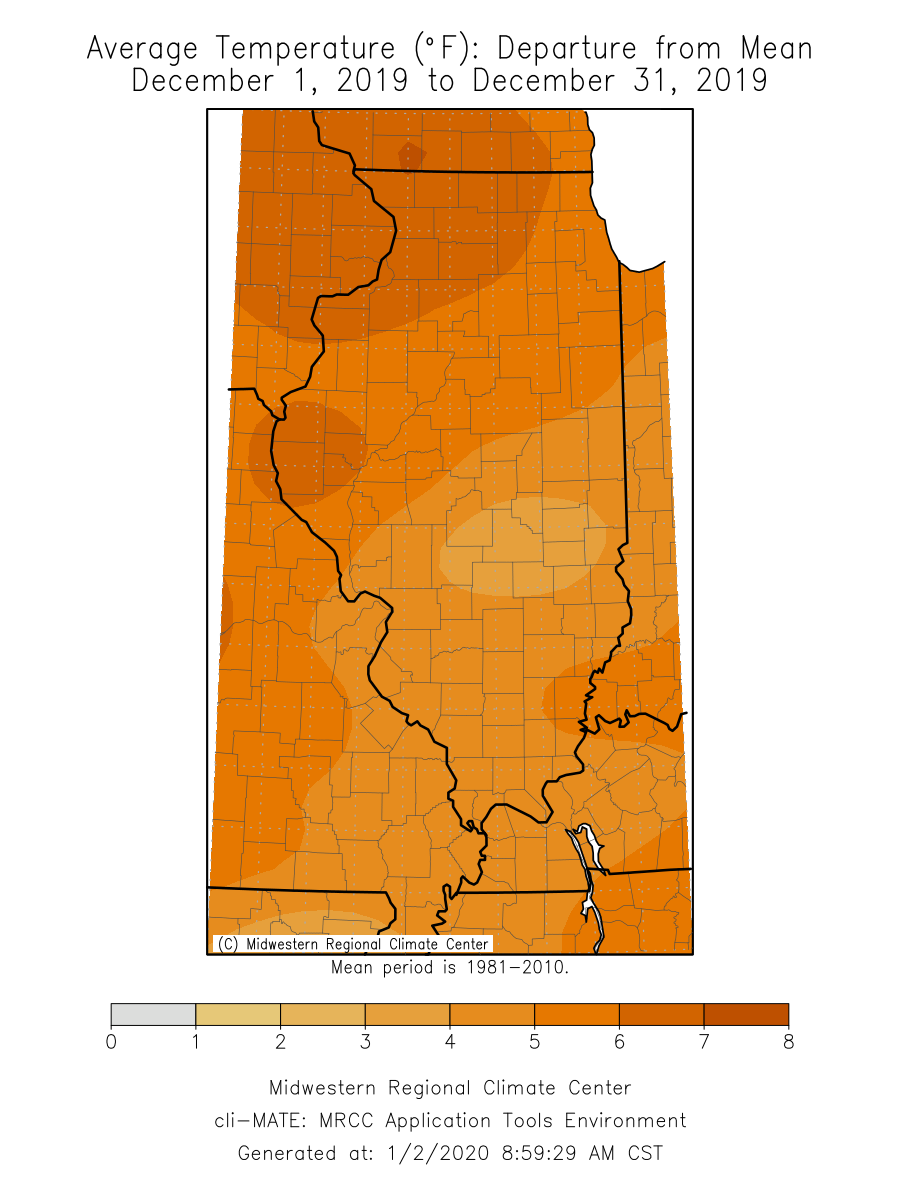 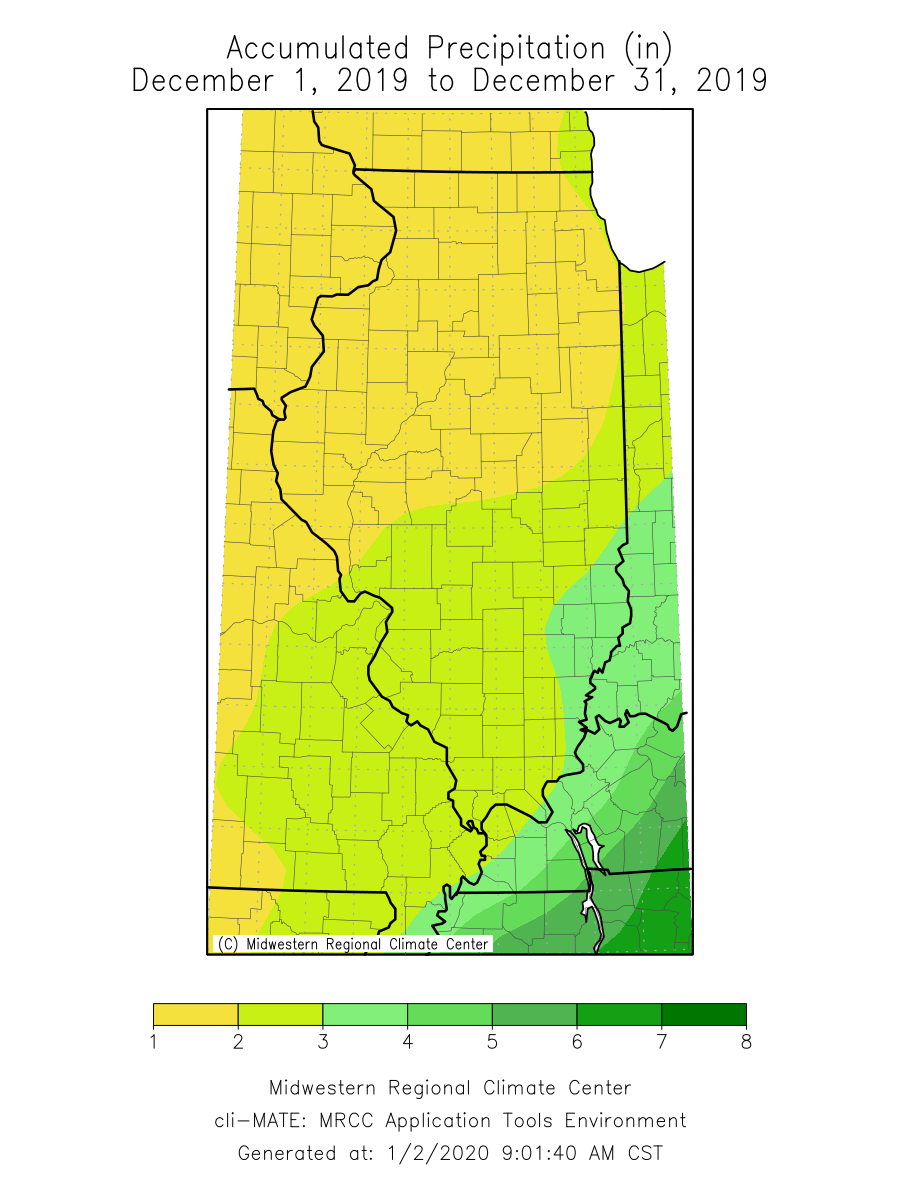 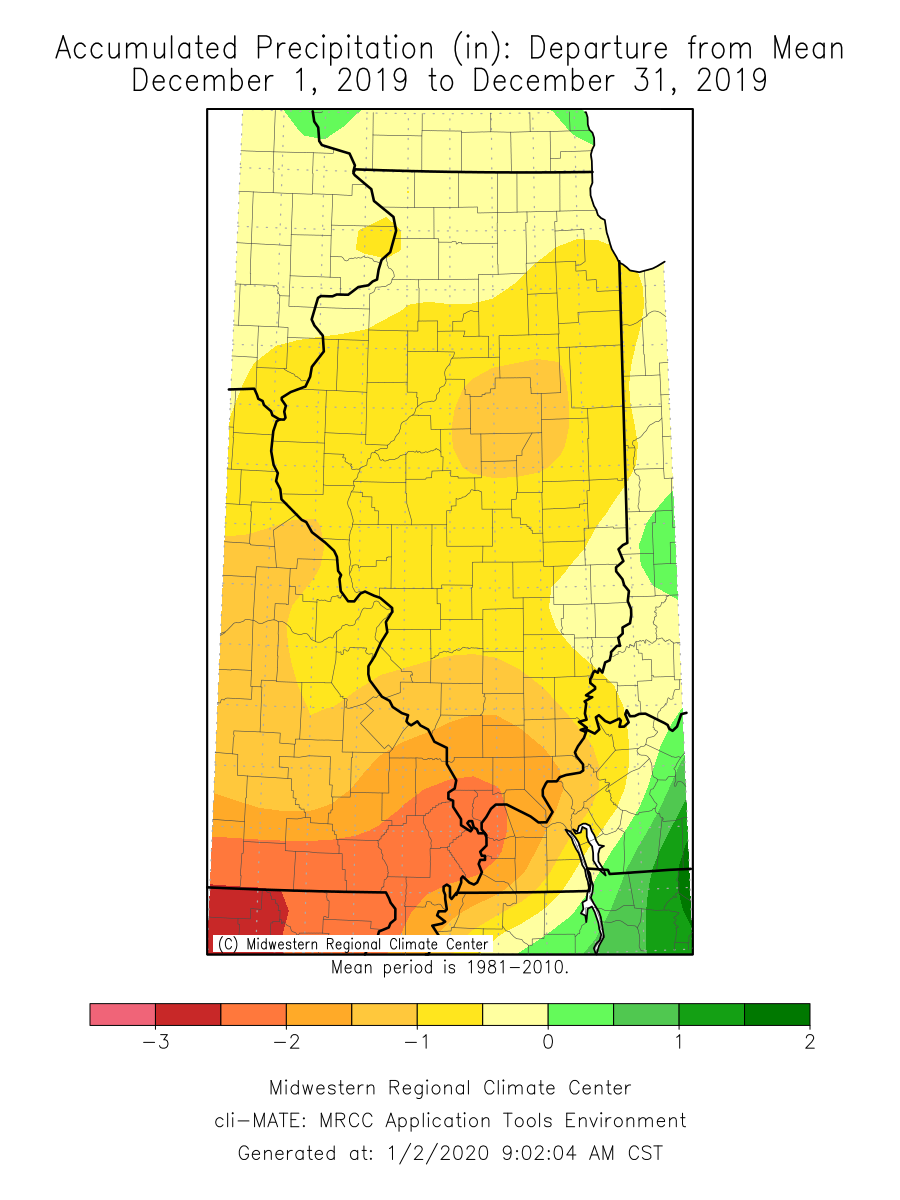 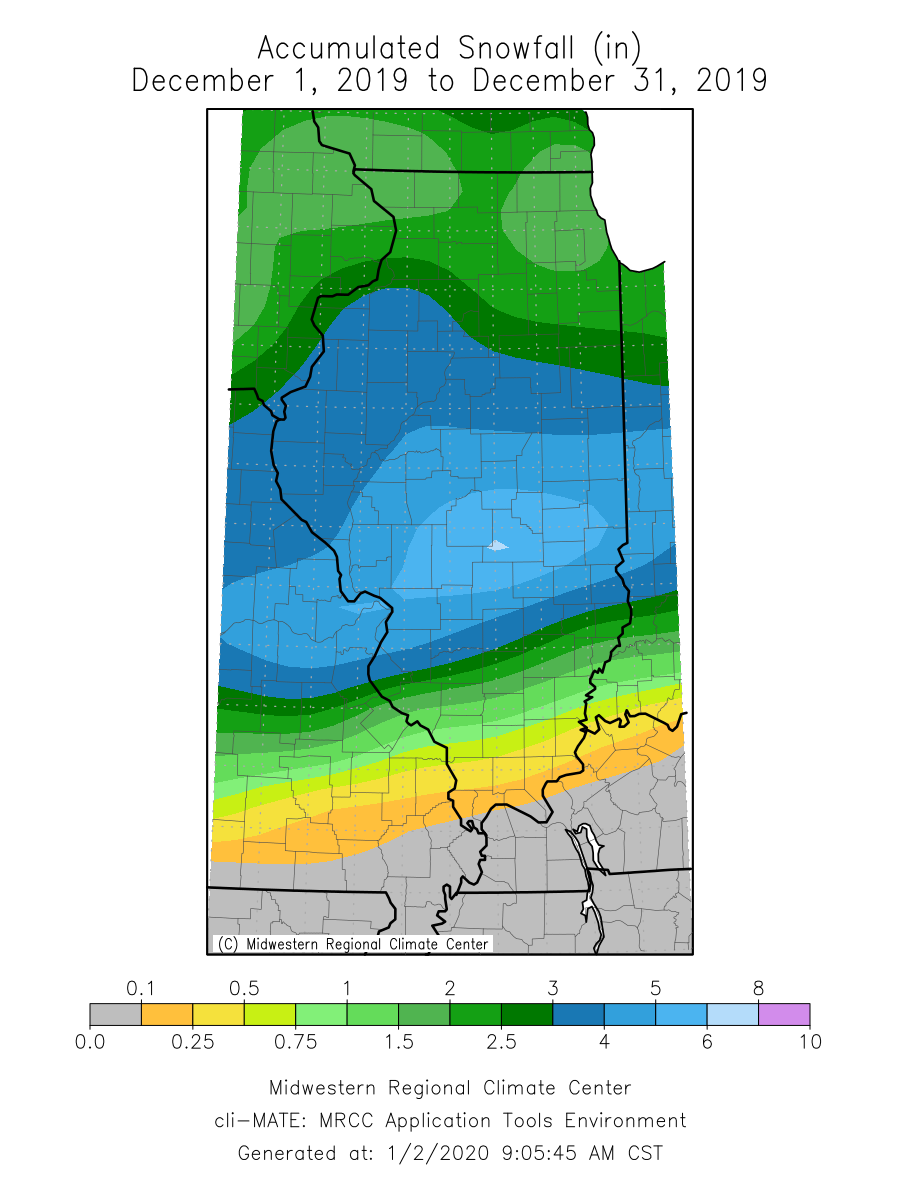 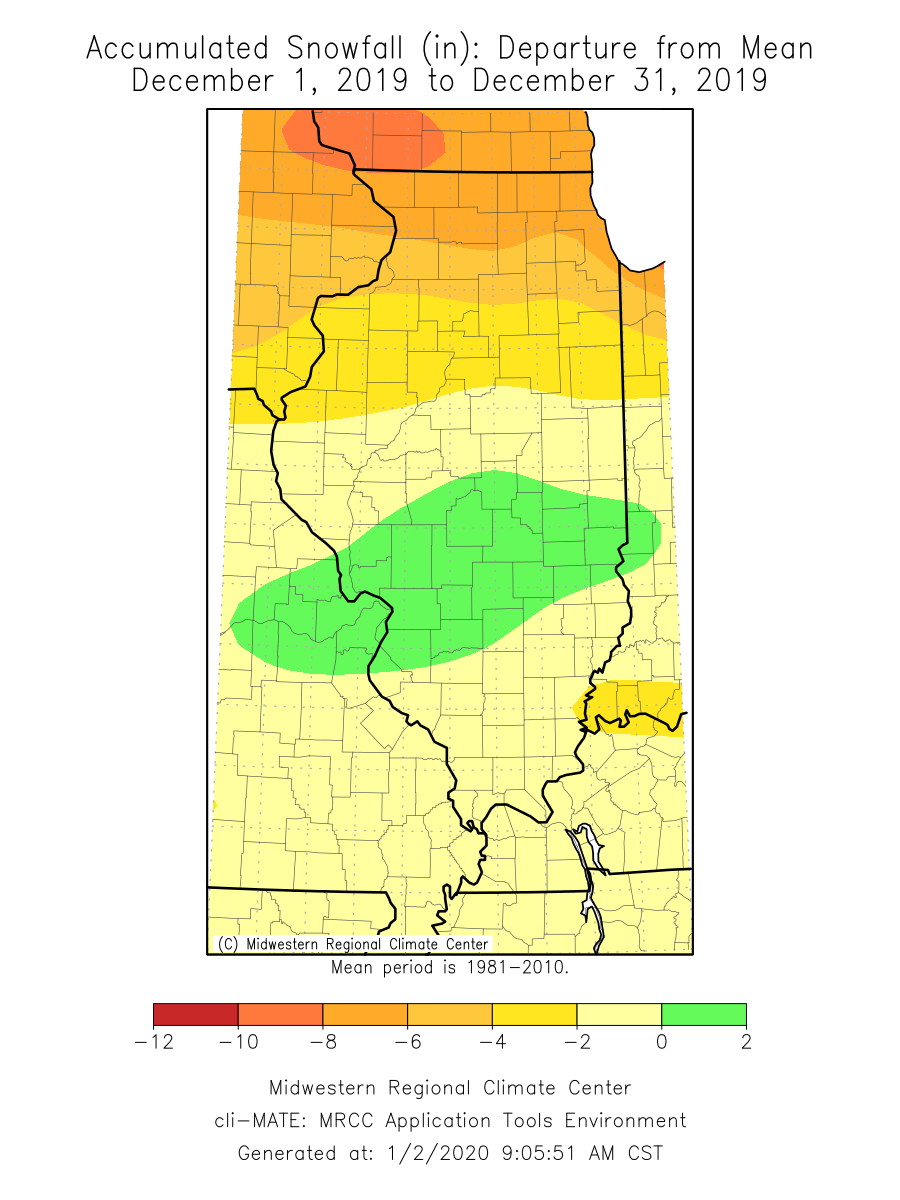 After months of exceptionally warm temperatures and drought, Illinois finally experienced temperatures and precipitation closer to normal in August.
The statewide average temperature for August was 73.5 degrees, just 0.1 degree below normal. That’s about as “normal” as you can get.
The statewide average precipitation for August was 3.4 inches, which is 95 percent of normal. In the map below, areas in yellow and orange had 3 to 5 inches, while the areas in red had more than 6 inches. Areas in northern and western Illinois in green received less than 2.5 inches. The largest rainfall total in the state was at Grayville in southeast Illinois with 10.69 inches. In second place was Hoopeston with 8.33 inches.

The statewide average temperature for the three summer months of June, July, and August was 76.1 degrees, 2.6 degrees above normal. It was the eighth warmest summer on record in Illinois. The warmest was 1936 at 78.6 degrees.
The statewide average precipitation for June-August was 6.64 inches, 5.21 inches below normal. It was the sixth driest summer on record in Illinois. The driest was 1988 with 6.17 inches.

I have updated the plots of statewide monthly temperature and precipitation departures that start in January 2011 and include July 2012. We struggled with dry weather in 2011 but saw some recovery in November and December. However, every month in 2012 has been below normal. In addition, the last three months have shown increasingly larger departures with July being the worst.


The statewide monthly temperature departures from January 2011 to July 2012 show that 2011 was a moderately warm year with 9 out of 12 months above normal. But the really warm weather (relative to the time of year) started in November 2011 and never really stopped through July of this year.

July was one of the hottest and driest on record. So was the year to date. Here are how things stack up so far.

This July was the second warmest and fourth driest on record in Illinois, based on preliminary numbers for the month. The statewide average temperature was 81.8 degrees, 6.4 degrees above normal (1981-2010 average). The statewide average precipitation was 1.47 inches, 2.58 inches below normal or 36 percent of normal.
Statewide Average Temperature Rankings for July in Illinois

I think July 1936 still wins the prize as the most miserable month in Illinois records with the hottest temperatures and the third driest rainfall total. I’m sure 1916 was no fun either as the fifth warmest and second driest July on record. Of course, air-conditioning was pretty much non-existent in 1936. My dad says he remembers sleeping outside that July on the family farm in western Illinois (near Nebo) because the house was too hot.

How the Year-to-Date Ranks

This rainfall map was generated by our GIS specialist Zoe and uses NWS radar and rain gauge data. The result is a more detailed picture of the rainfall in July 2012. A few lucky areas in northeastern and far southern Illinois received 2 to 4 inches of rain. Most of the state got an inch or less.