A large, slow-moving low-pressure system moved through the central US, bringing widespread, heavy rains to Illinois and neighboring state. This resulted in considerable flooding ranging from flooded basements to major flooding on the Mississippi River.

This first map shows the widespread heavy rains from Texas, Oklahoma, Arkansas, Missouri, Illinois, Kentucky, and Indiana. Areas in the three shades of red represent amounts of 5 to 10 inches. The purple streak from Oklahoma to Missouri represents 10 to 15 inches of rain.

Southern and central Illinois were hardest hit with large areas of 5 to 10 inches of rain, falling on soils that were already saturated. Meanwhile, the northern third of Illinois received 2 to 4 inches of precipitation (rain plus water content of snow), as well as 1 to 4 inches of snow. 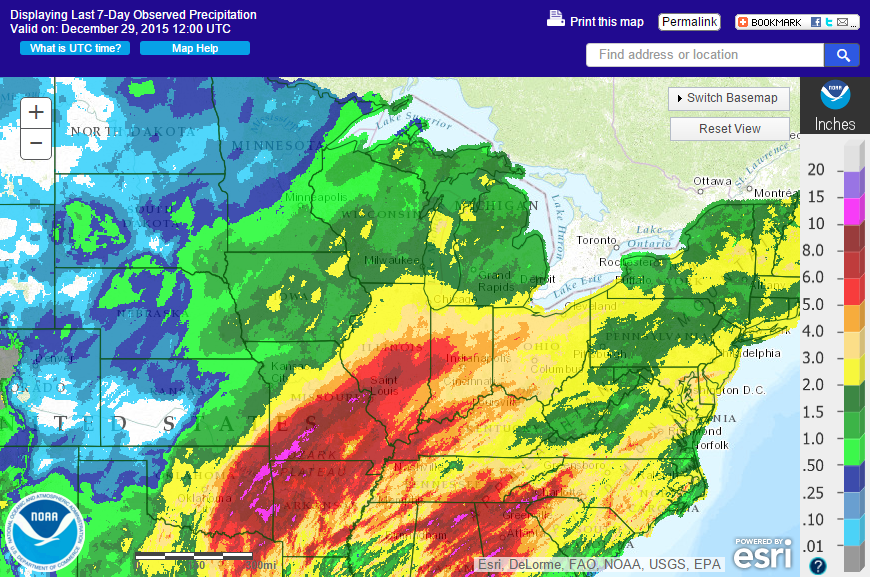 This second map zooms in on Illinois, showing the heavy rains across the state more clearly. The lightest shade of red is 5 to 6 inches, the next darker shade is 6 to 8 inches, and the darkest shade of red east of St. Louis and south of Decatur is 8 to 10 inches.

To put this in perspective, the average December precipitation for Illinois ranges from 4.5 inches in southern Illinois to 2 inches in northwest Illinois. So areas in central Illinois, where the average is about 3 inches, received about 3 times that over the course of 4 days. 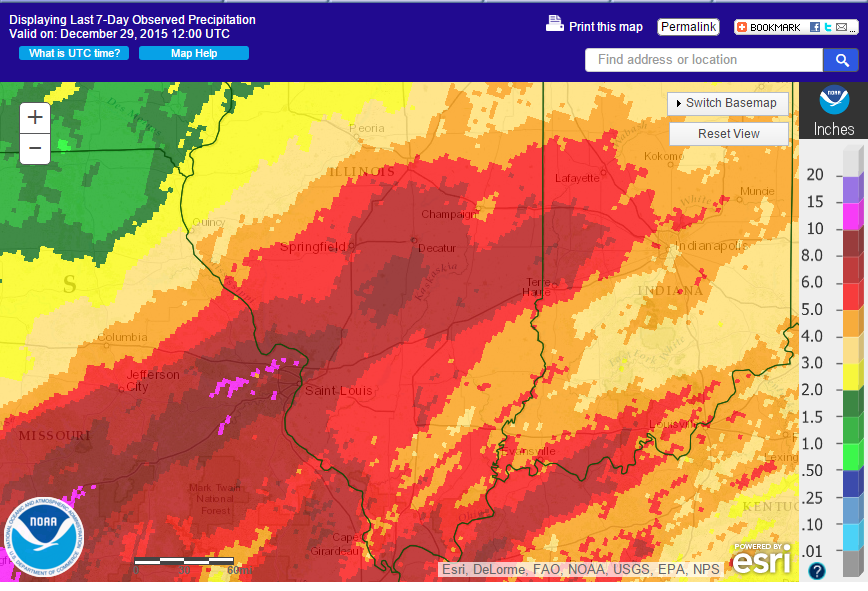 These heavy rains have led to widespread flooding. Here is the NWS map of rivers and streams in various stages of flooding. The purple dots and squares represent areas of major flooding, mostly the Mississippi River from St. Louis southward. 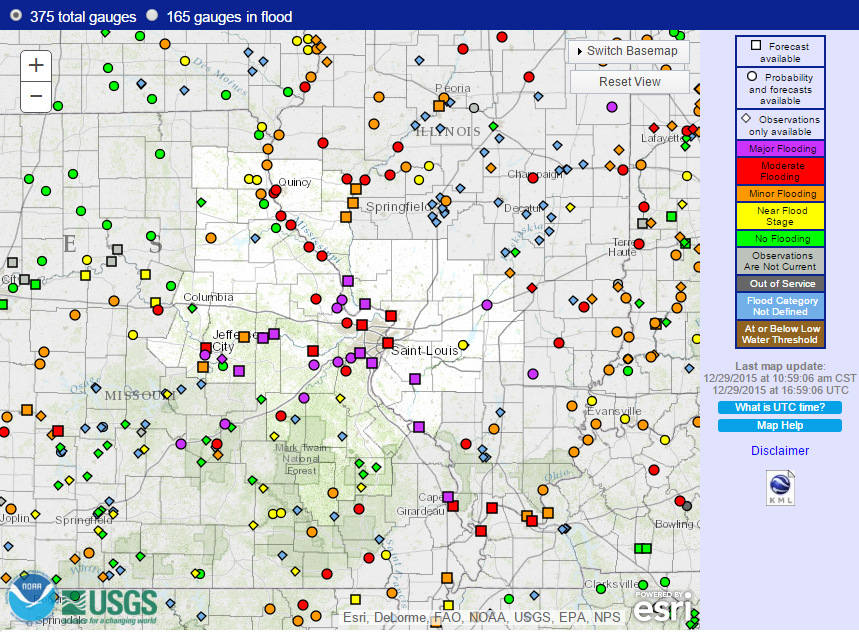 Here is a NWS river flood forecast at Chester IL on the Mississippi River, showing the impact of the heavy rains upstream. Right now they are expecting a record, or near record, stage at that point of the river. 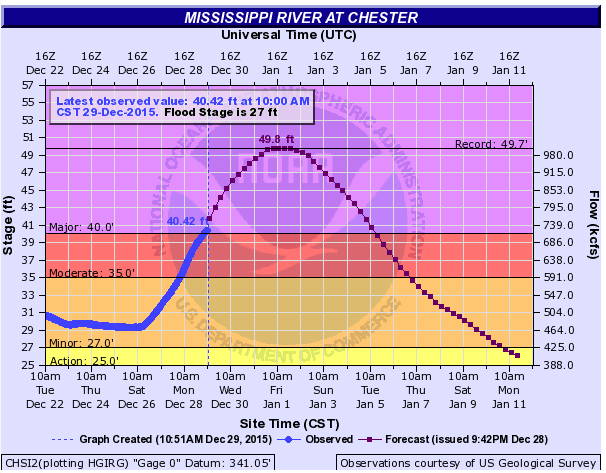 Here are some rainfall totals from our volunteer CoCoRaHS network around the state, ranked from highest to lowest, with complete data from December 26-29, 2015. Godfrey IL, near St. Louis, reported the highest 4-day total of 10.03 inches.

Recently, Illinois officials have sought a federal disaster declaration from USDA in response to the heavy rainfall and damaging flooding across Illinois during May, June, and July of 2015. Update August 12: all but one county in Illinois is eligible for federal agricultural disaster loans due to excess rain according to news reports.

In response I have used resources here at the Illinois State Water Survey to set up data files with monthly rainfall and departures from normal (when available) for over 500 sites in Illinois to aid in identifying locations with potential problems.

Data and products in this effort are from the NWS Cooperative Observer Network, CoCoRaHS Volunteer Network, the Midwestern Regional Climate Center, and Illinois State Water Survey.

The rains of 2015 have lead to moderate to major flooding on the Illinois River, as well as moderate flooding on the Mississippi River from Quincy southward according to the National Weather Service.

Even before today’s rain, the statewide average rainfall for June in Illinois is 7.11 inches. That makes it the 5th wettest June on record. And June is not over. Here are the top ten wettest June totals on record and where we stand:

Notice anything unusual about that list? Five out of the 10 wettest June totals have occurred since 2000. Our statewide records go back to 1895.

Due to the heavy rains of June, we first saw flooding on the smaller rivers and streams in Illinois. Now the larger rivers are responding to the wet conditions. The NWS can keep you posted on the latest flooding issues at www.weather.gov