So far, November has been much colder and drier than average. The statewide average temperature is 34.6 degrees, which is 9 degrees below average.

The statewide average precipitation (rainfall + water content of snow) was only 0.6 inches, about a third of the average through this date.

There have been astounding snowfall totals in places like Buffalo, NY, and some significant snowfall in Minnesota and Wisconsin. However, Illinois and most of the surrounding states have had far less snowfall (first map) in November. Many sites in the state had 1 to 2 inches except for a stretch between Quincy and Chicago with less than an inch. 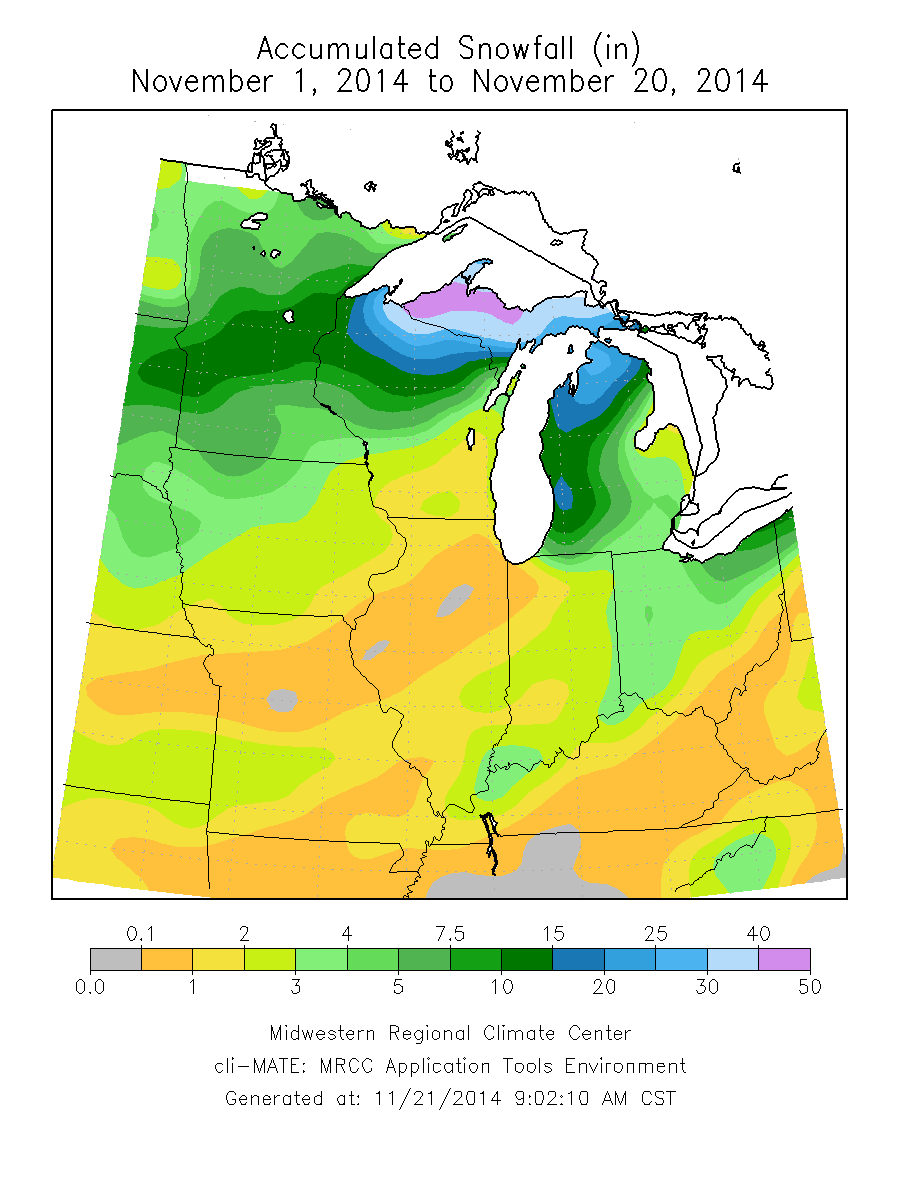