Here are time series plots of annual temperature, precipitation, and snowfall for Champaign-Urbana, Illinois. The dashed line is a simple linear trend to indicate overall changes. As these graphs show, there is considerable year-to-year and decade-to-decade changes in the records as a result of climate trends and climate variability. Updated 4/12/2019 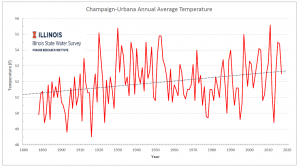 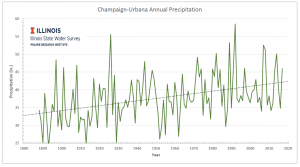 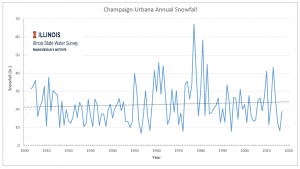