Here are the actual precipitation, departure from normal, and percent of normal, for September 1-15 (click to enlarge). If it had not been for the remnants of Hurricane Irma, there would have been even less rain to report in Illinois. 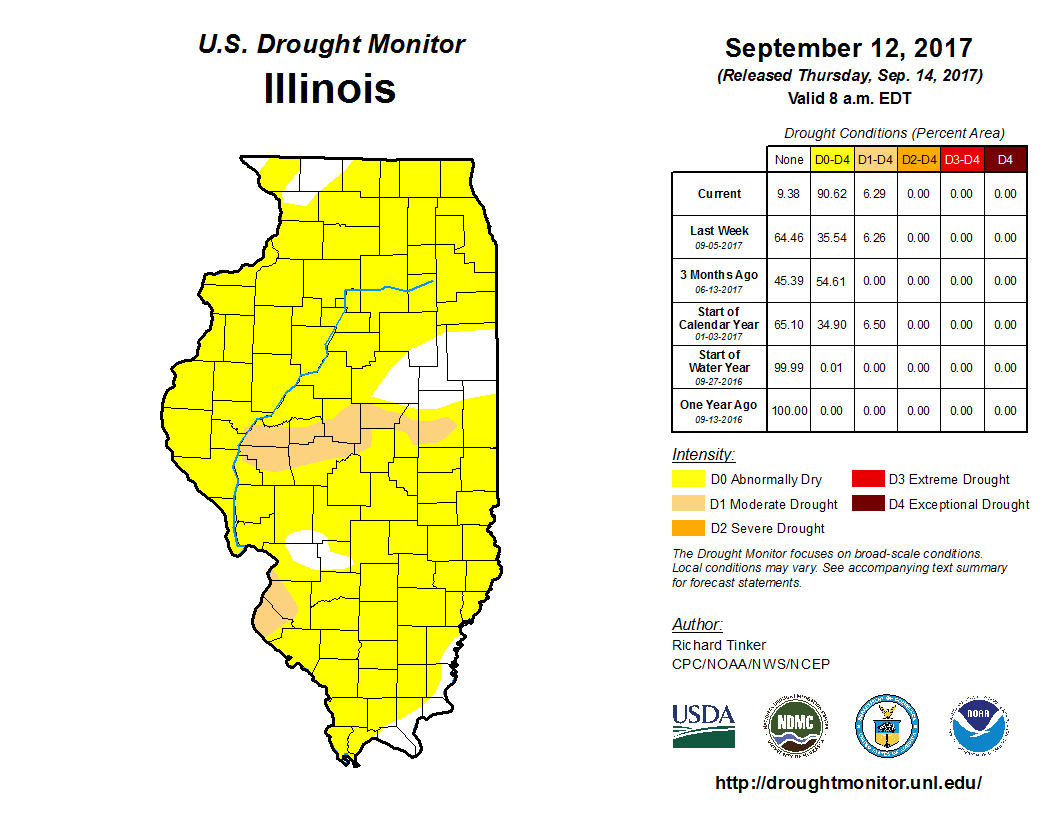 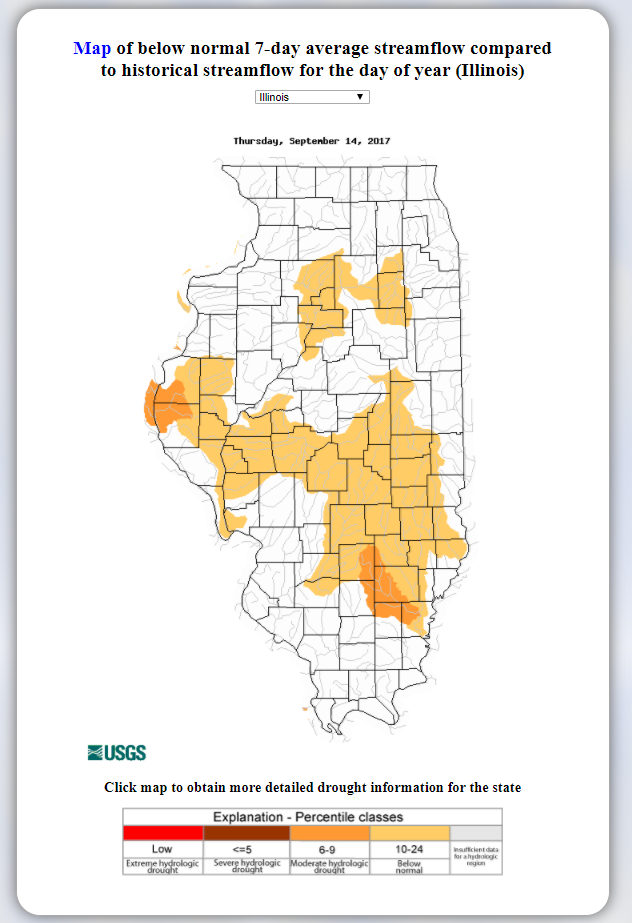