November temperatures were well below the long-term average across the state, breaking hundreds of local daily records. The preliminary statewide November average temperature was 35.6 degrees, about 7 degrees below our 30-year normal and tied for the ninth coldest on record. Preliminary data suggest November was drier than average for most of the state. The statewide average November precipitation total was 2.51 inches, approximately 0.96 inches below the 30-year normal. 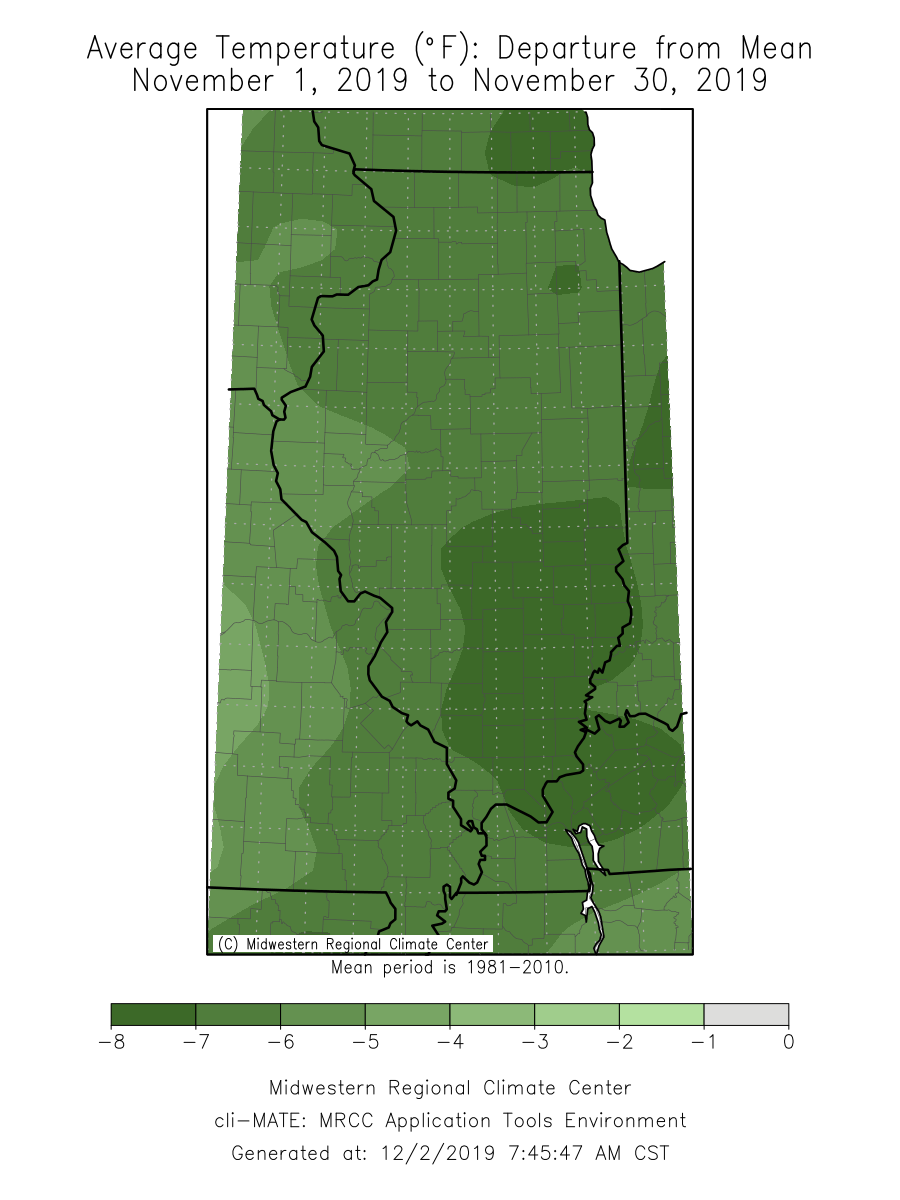 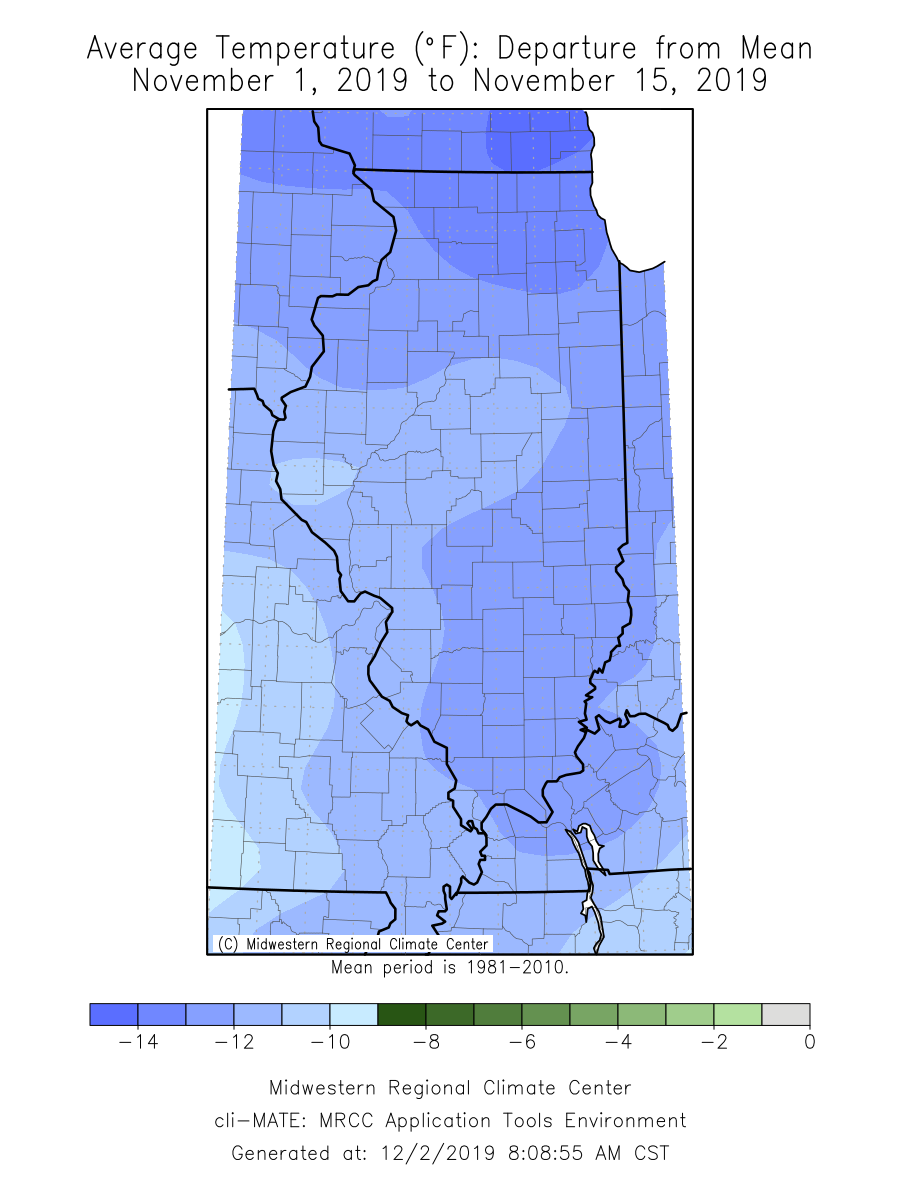 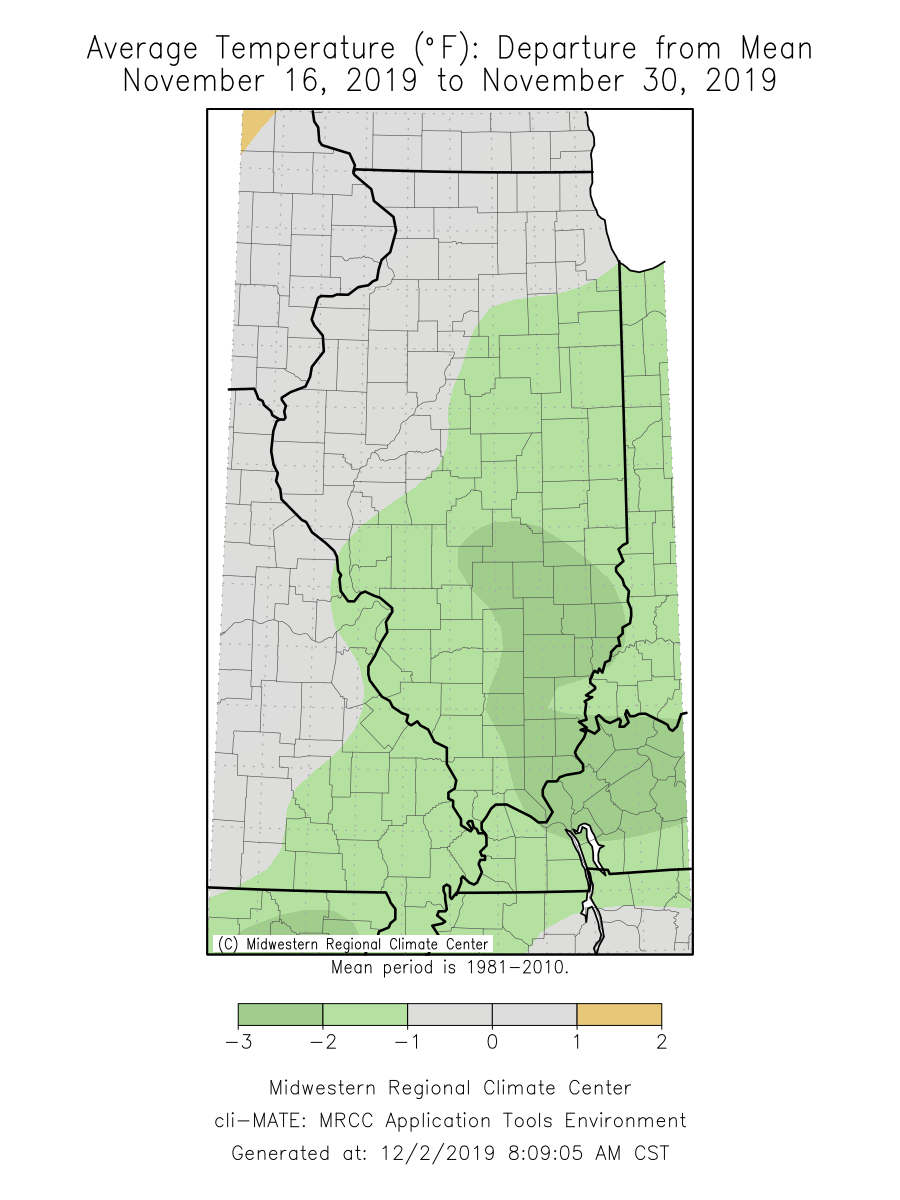 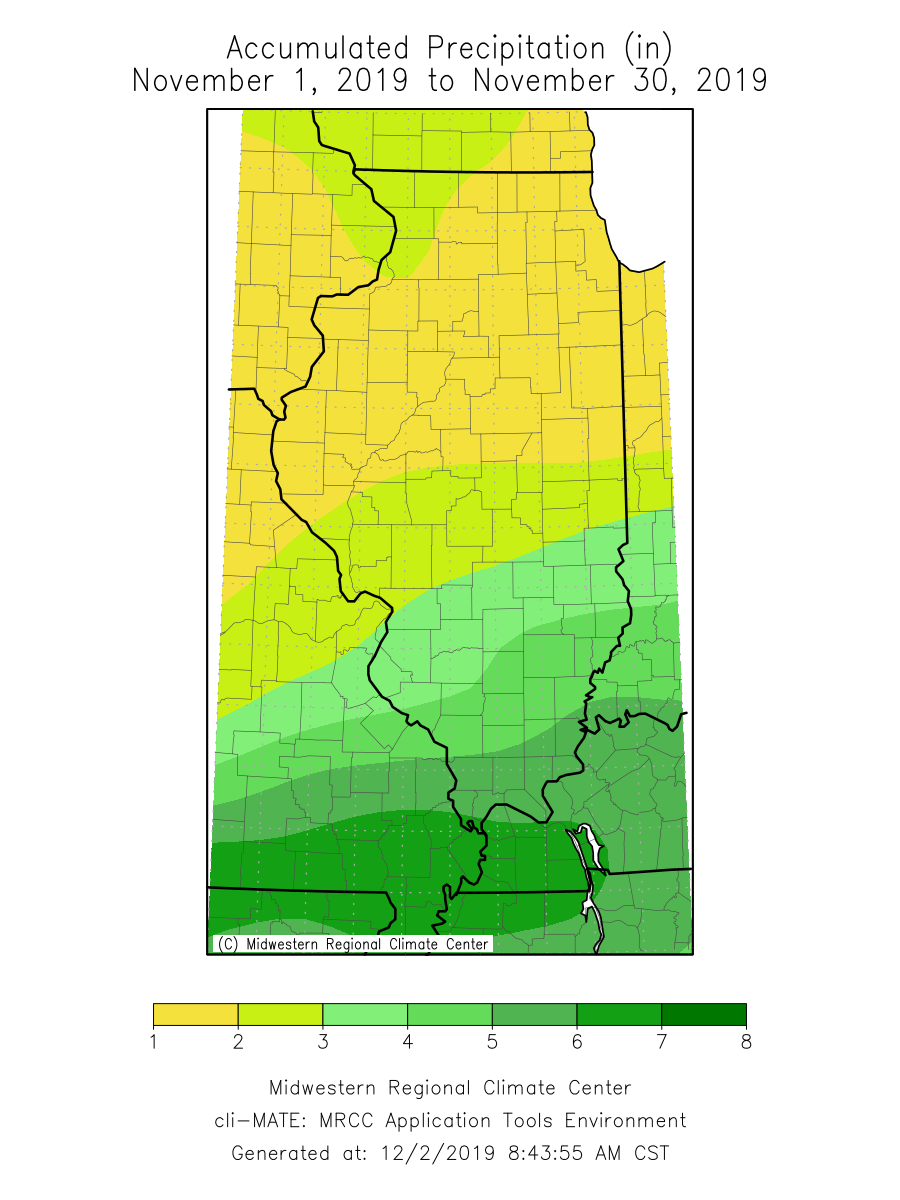 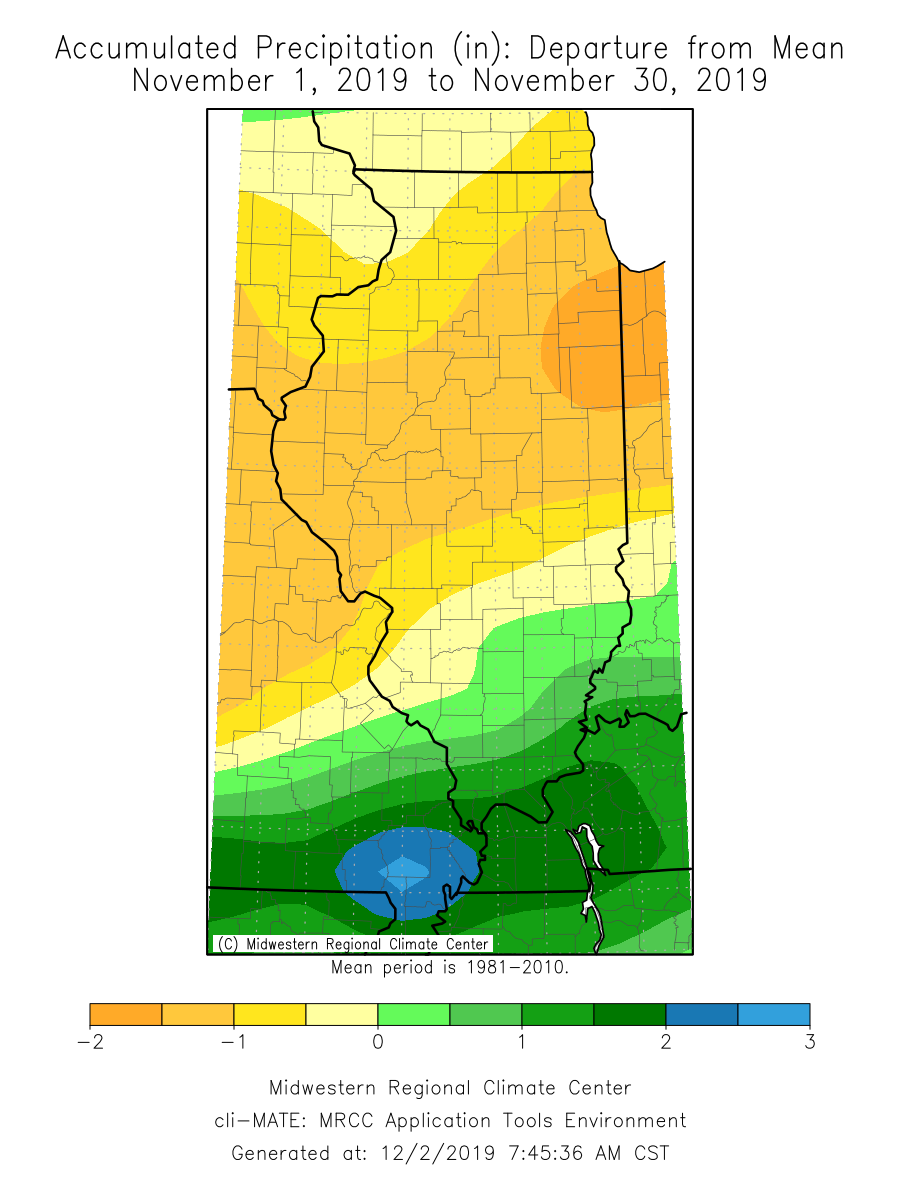 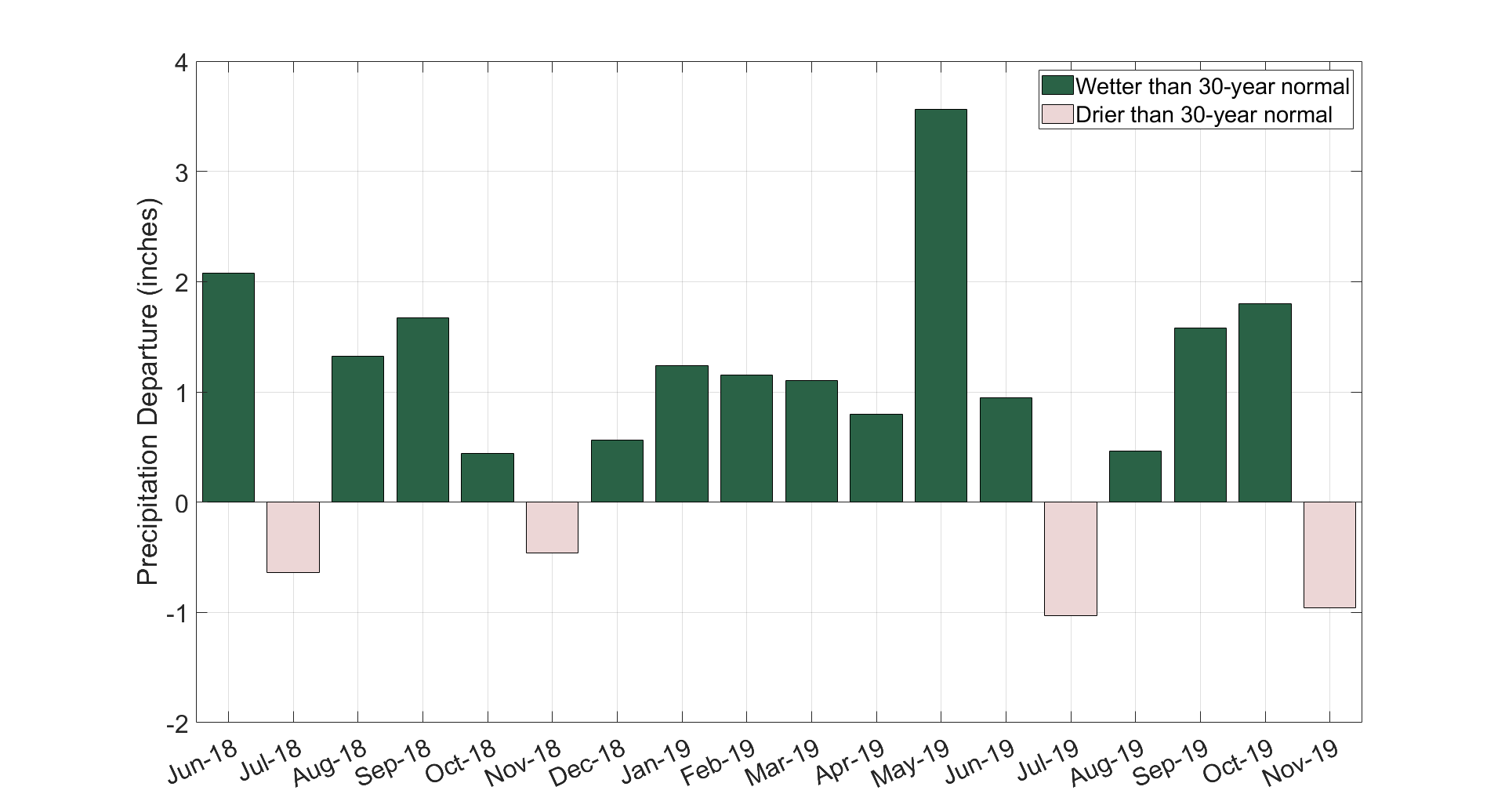 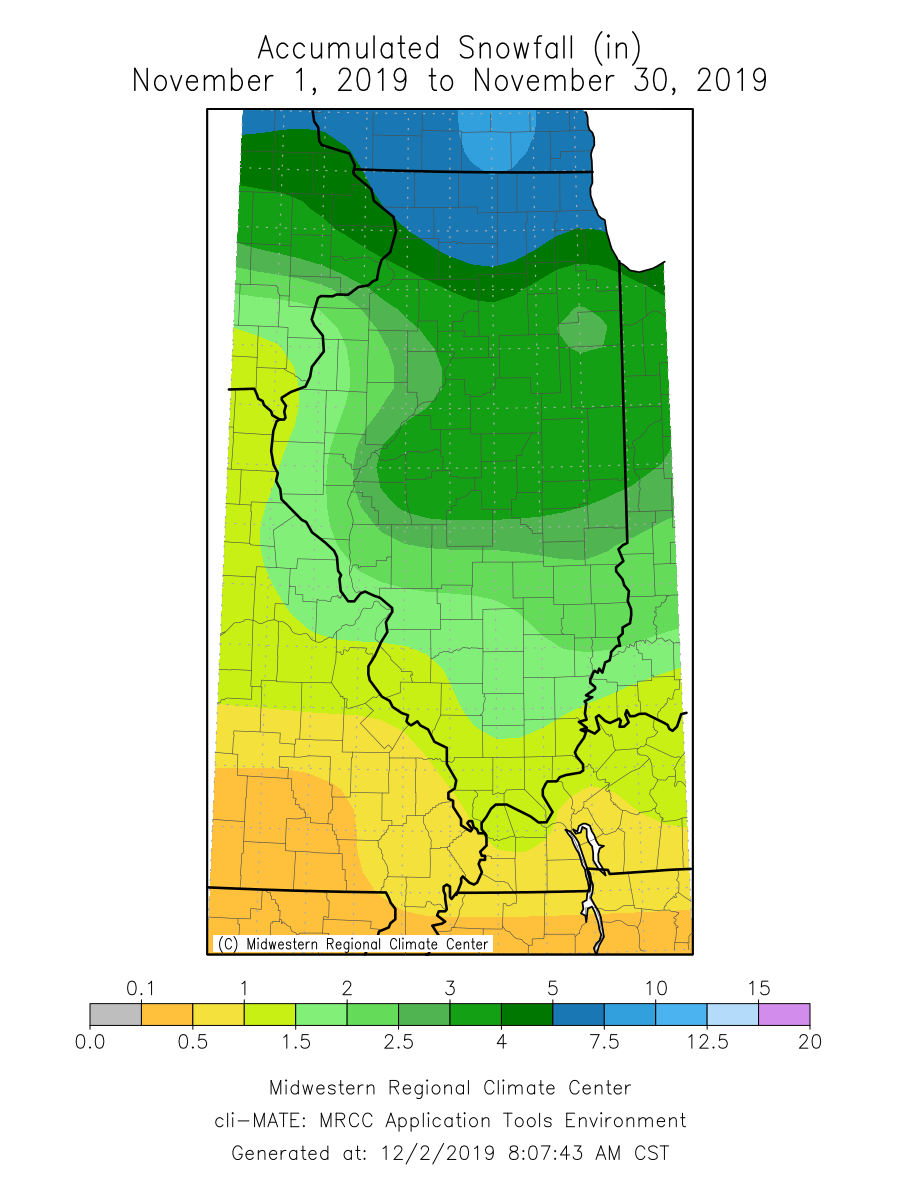 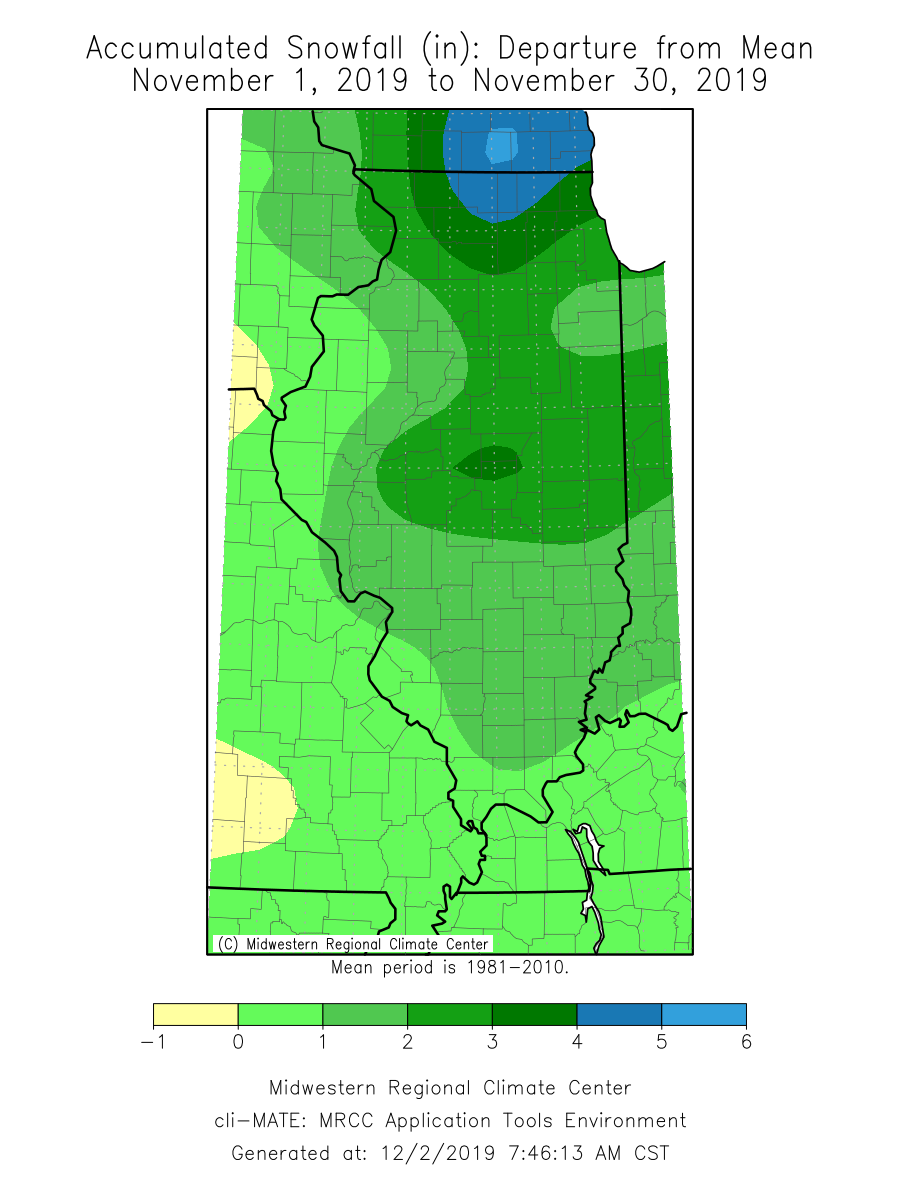 Both short-term 8- to 14-day outlooks and 1-month December outlooks from the Climate Prediction center show strongly elevated odds of above normal temperatures across the state. The outlooks are informed in part by predicted changes in mid-level atmospheric pressure patterns in early December, which permit southerly movement of warm air into the region. 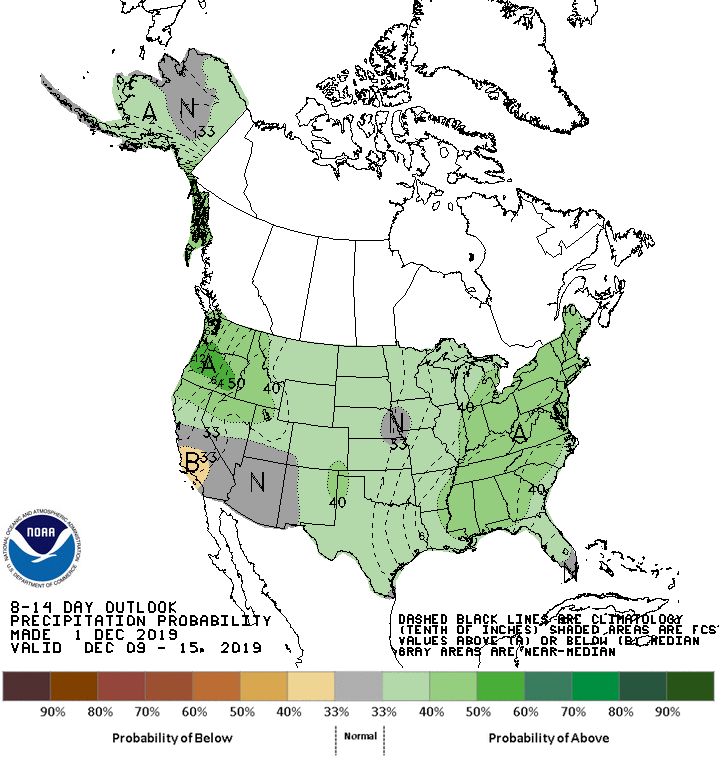 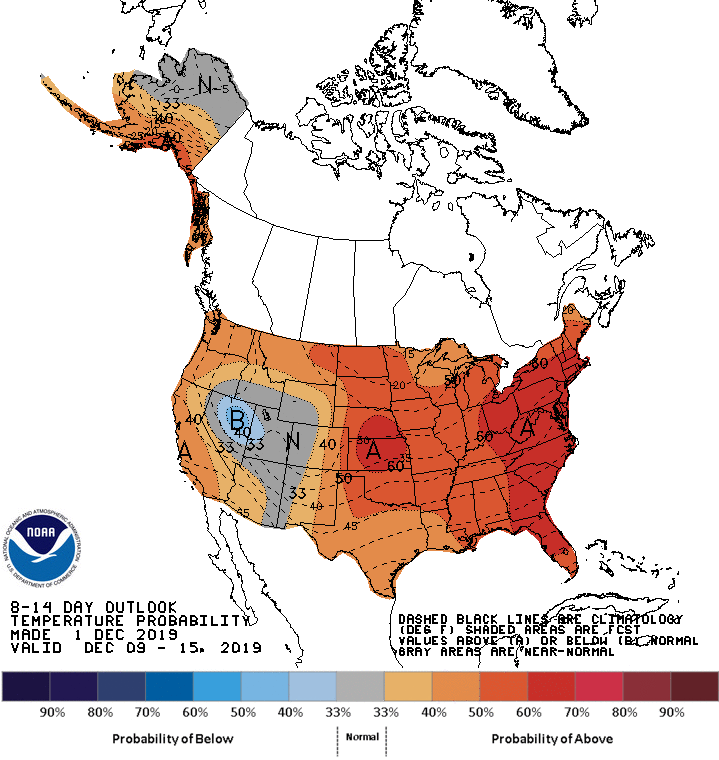