Although the first week of March 2019 does not give us the satisfaction that spring will be arriving in the near future, it does mark the end of the meteorological winter season, which runs from December – February. 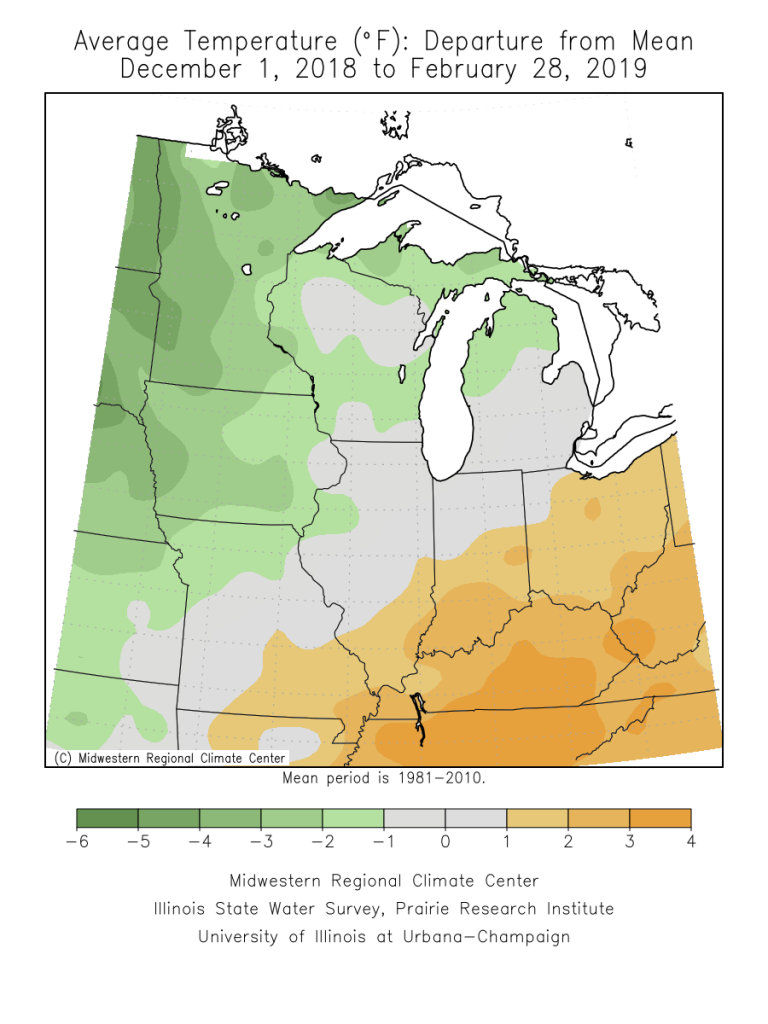 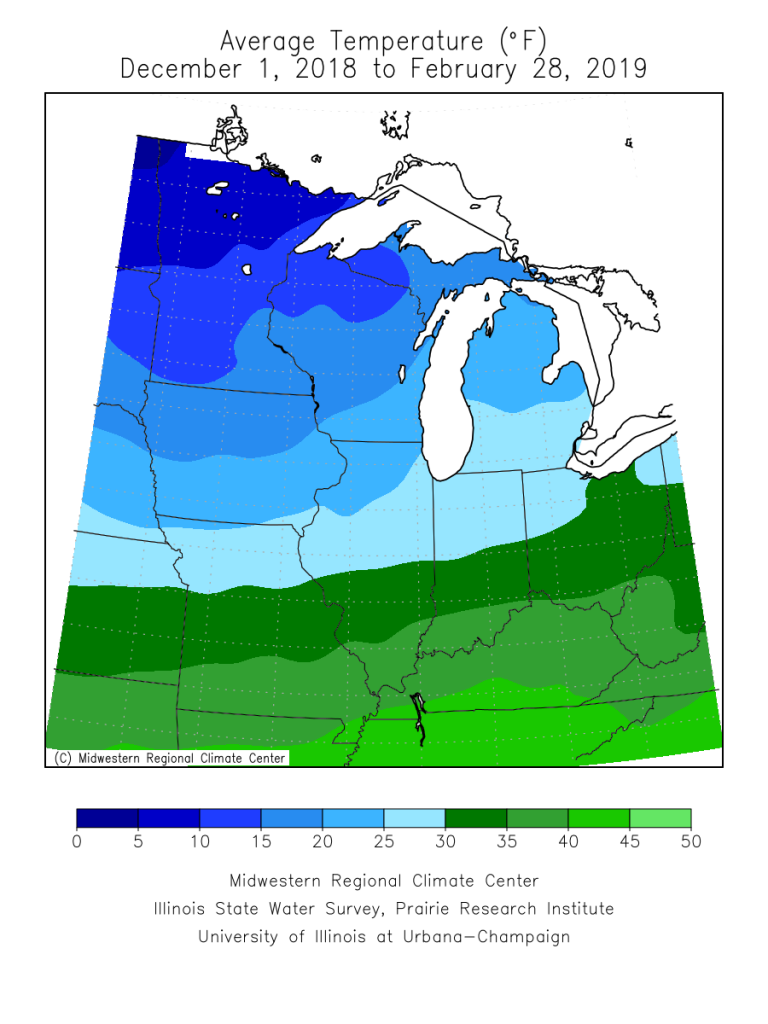 The last two days of January brought widespread cold weather to Illinois.  Many locations experienced some of the coldest weather that has been seen in decades allowing numerous daily and station record lows to be broken.  This event produced statewide temperature departures of 20 to 30° below average.

To gain additional perspective on this event, the updated map below displays the minimum temperature recording at stations throughout Illinois with at least 20 years of data.  The color of the station plot represents the month of occurrence, and temperatures in bold represent new records that were set in 2019 (click the map for a larger PDF version). 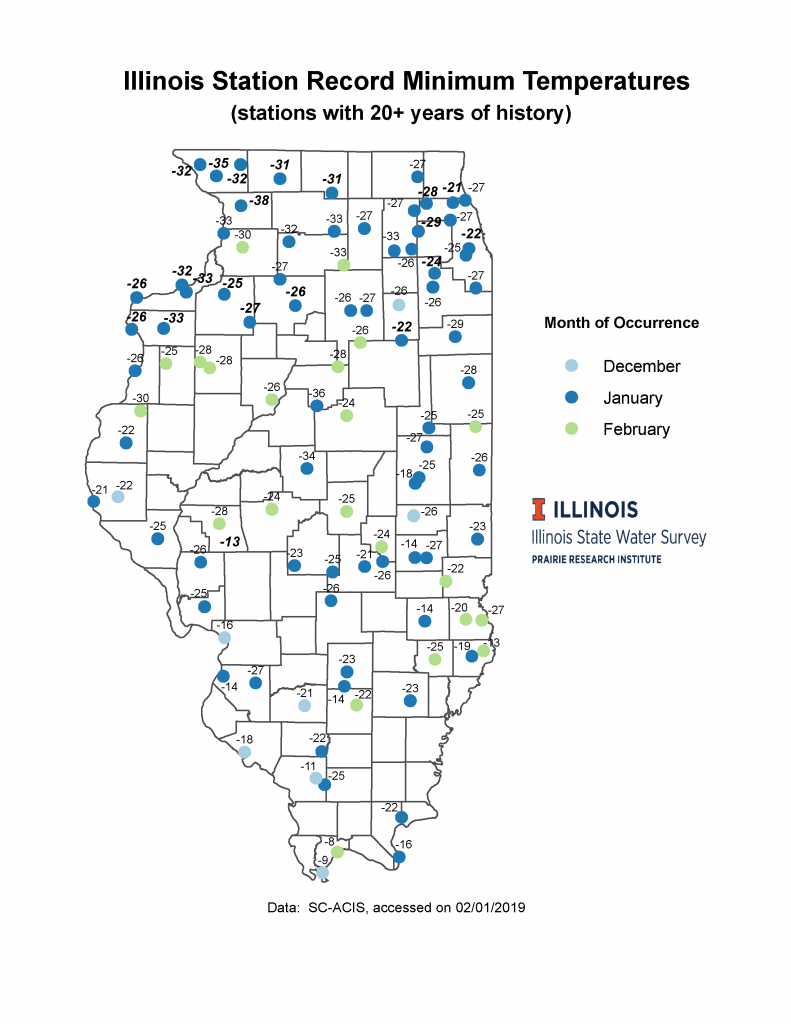 Precipitation was abundant throughout the state this winter season (see map below), this allowed the entire state to remain free of any abnormally dry, or drought designations during this period. Above average precipitation occurred every month during the season. Generally precipitation totals across Illinois ranged from 5 to nearly 15 inches, with counties south of I-70 experiencing the most precipitation. 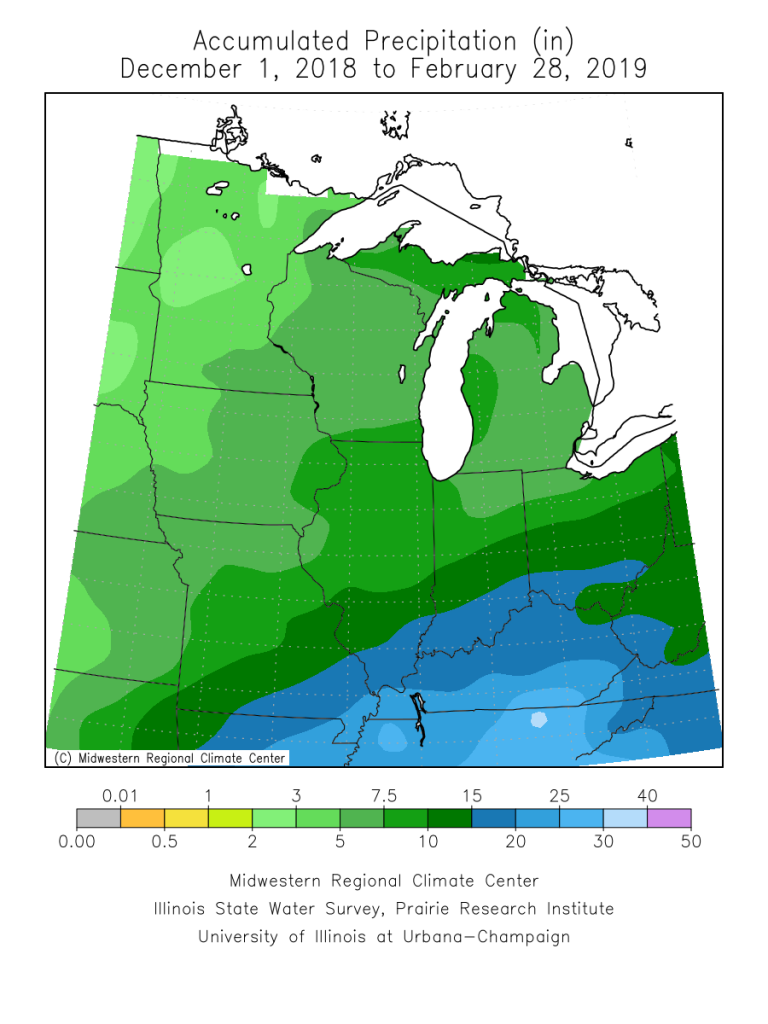 Most remarkable was the 21.18 inches of precipitation reported at Smithland Lock and Dam on the lower Ohio River.  Overall, both southern and northwest Illinois received over 150% of their average winter precipitation, with several localities approaching 200% (see map below).

Statewide seasonal precipitation averaged 9.67 inches, which is 2.85 inches above the long-term average, ranking as the 6th wettest winter season on record for the state (with records going back to 1895-96). 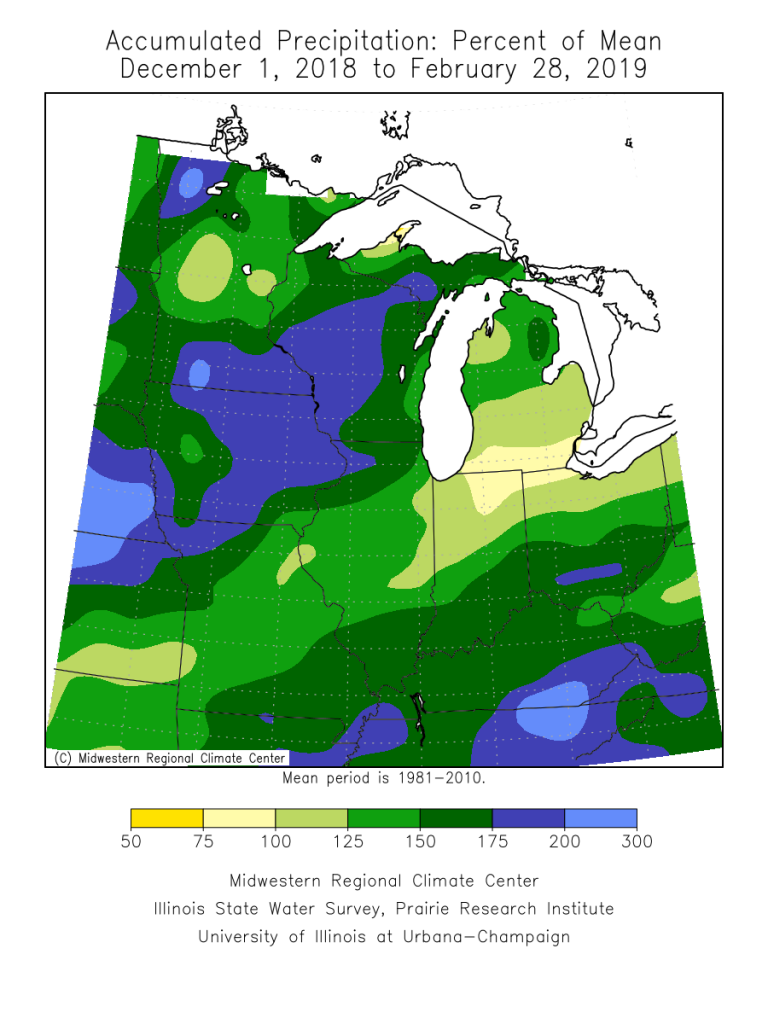 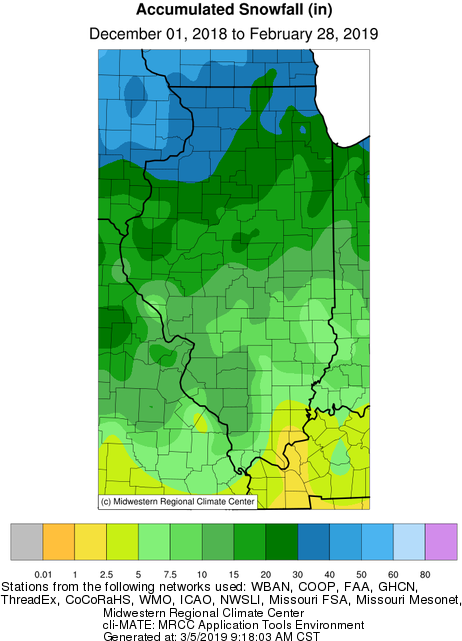