Temperatures: Based on preliminary data, the statewide average temperature was 75.1 degrees, just 0.3 degrees below normal.  Temperatures reached into the upper 90s at several locations in the first half of the month.  One of the warmest readings was 99 degrees at Flora on July 5. A few stations dropped down into the upper 40s at night.  Four locations reported a low of 48 degrees: Mt. Carroll on July 7, Stockton on July 13, Shabbona on July 28, and Avon on July 31.
Here are the day to day temperature departures from normal for Champaign IL and reflect the changes experienced across much of the state.  The hot weather of May and June continued in the first week of July but quickly cooled by July 6.  This was followed by alternating periods of cooler and warmer weather until July 18 when temperatures remained at or below normal. 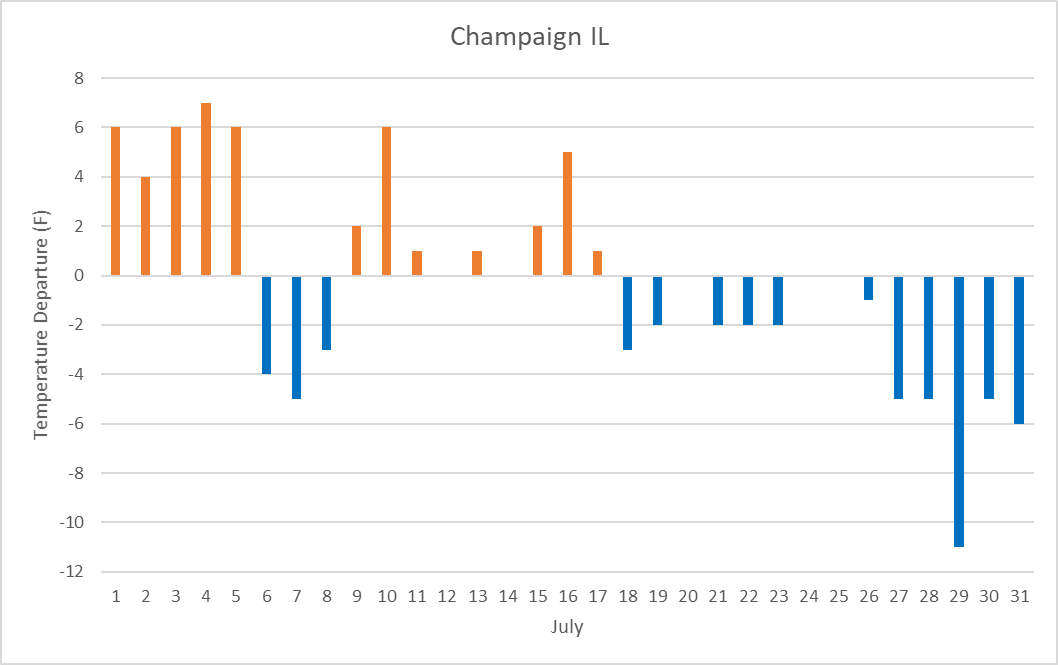 Rainfall:  The statewide average rainfall was 3.41 inches, 0.67 inches below normal.  A few areas experienced above-normal rainfall, especially between Interstates 70 and 72. Much of the rest of the state was down by 1 to 2 inches.  The largest monthly total for July was 8.28 inches at Beecher IL (IL-WL-84).  Several stations reported less than an inch of rain for the month, including northern Cook and Lake counties.  The lowest monthly total for July with complete data was 0.59 inches at Park Ridge (IL-CK-180). 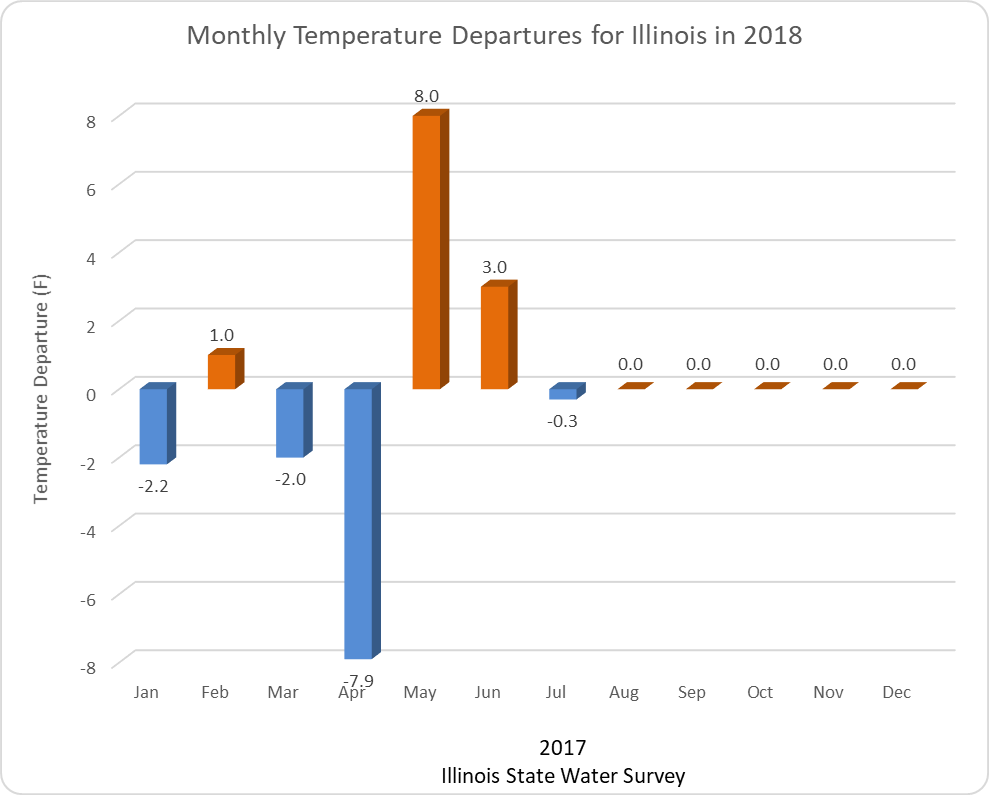 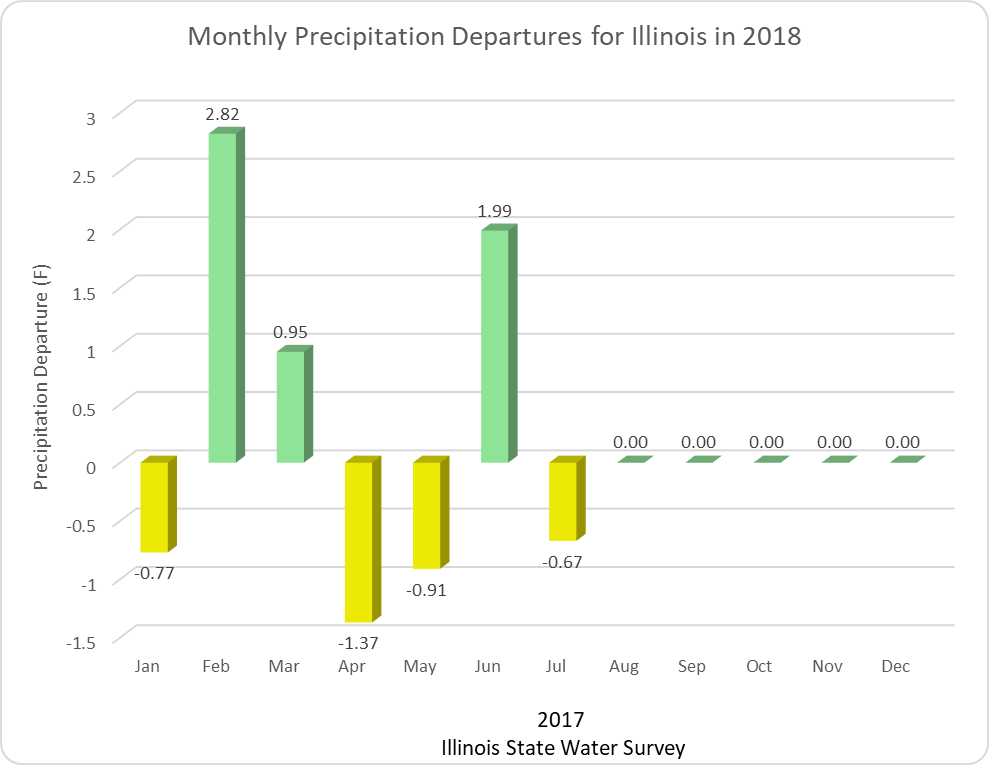 August:  The outlook for August from the National Weather Service shows Illinois with equal chances (EC) of above, below, and near-normal precipitation and temperature. In other words, there are no climate factors to increase our risk of being too hot, too cool, too wet or too dry.