Summary: According to preliminary data, Illinois experienced its 11th warmest and 14th wettest June on record. The statewide average temperature was 75.0 degrees, 3.1 degrees above normal. The statewide average precipitation was 6.36 inches, 2.15 inches above normal.
Precipitation: The greatest monthly total for June in Illinois was 14.58 inches at Rockford (IL-WN-8). In addition, the Rockford Airport reported 14.23 inches, their wettest June and wettest month on record. Based on radar and rain gage data, precipitation was especially heavy across northern, east-central, and southeastern Illinois with widespread amounts in the 10 to 14-inch range. Meanwhile, parts of western and southern Illinois received less than 3 inches of rain.


Here are the top 15 wettest June statewide precipitation totals since 1895. Six out of the last ten years have made the list (marked in red). That is an impressive feat for the current decade.

Here is the June precipitation for Illinois (w/o June 2018), showing the upward trend as well as increased variability in recent decades. Over the last century, annual precipitation in Illinois has increased by about 10-15%, depending on location. As a result, we have seen more problems with flooding but fewer problems with long-term drought. More on this topic in a later blog post. 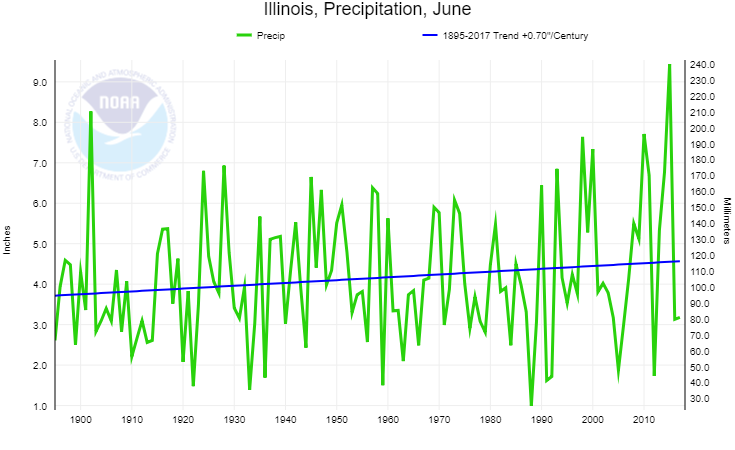 Temperatures: As noted, the statewide average temperature was 75.0 degrees, 3.1 degrees above normal. Hot weather was common during the month. Here is a map of the number of days that hit 90 degrees or higher in June. They ranged from about 3-4 days in northern Illinois to about half the month in the St. Louis area. By the end of June, the combination of high temperature and high humidity led to excessive heat warnings by the National Weather Service (NWS). 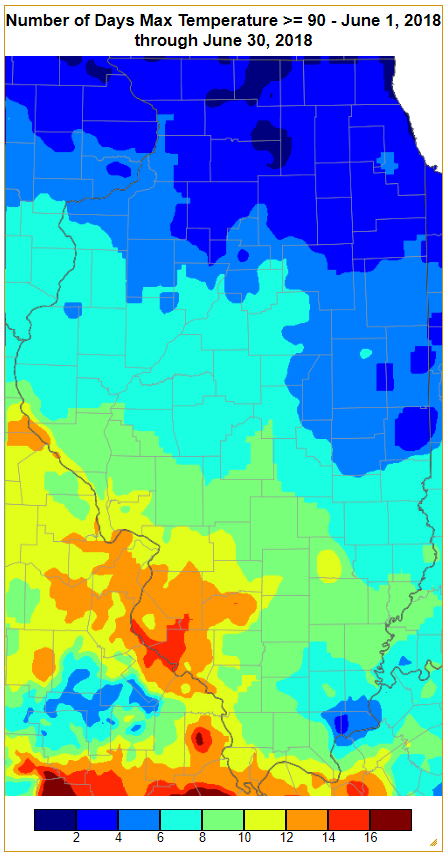 Drought: At the end of the month, the US Drought Monitor shows “abnormally dry” and “moderate drought” conditions persisting in western Illinois. 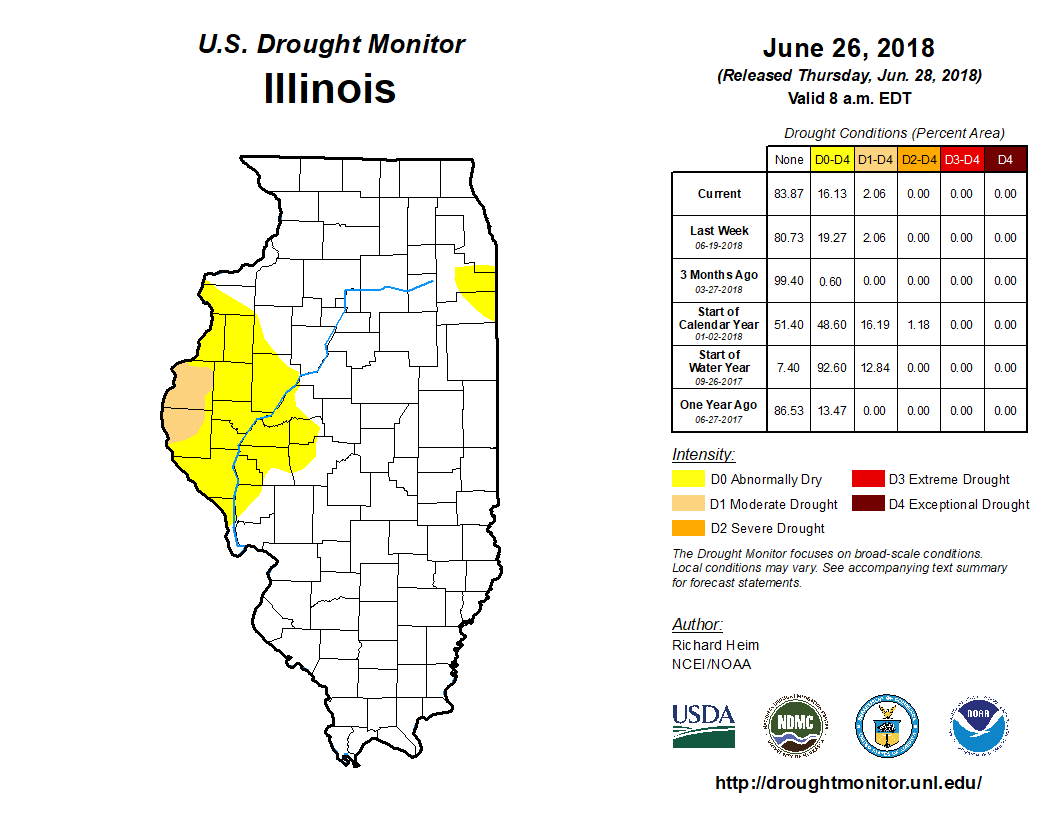 Outlook: NOAA updated their outlook for July. As before, Illinois has an increased chance of above-normal temperatures. Meanwhile, the precipitation forecast is for equal chances (EC) between above, below, and near-normal precipitation for Illinois. EC is a common forecast for summer precipitation since it largely depends on short-term, local conditions (such as the passing of a cold front), rather than large-scale patterns like El Niño. By the way, according to the June 14 NOAA ENSO alert:

ENSO-neutral is favored through Northern Hemisphere summer 2018, with the chance for El Niño increasing to 50% during fall, and ~65% during winter 2018-19.

The forecast for the next 14 days (through July 15) suggests that drier conditions will prevail across most of central and northern Illinois, but the southern third of Illinois has an increased chance of above-normal precipitation.