Precipitation: Precipitation was highly variable across Illinois, which is fairly typical for summer months (below). There are a few areas in pink with 10 to 15 inches. Areas in shades of orange and red have precipitation amounts of 4 to 10 inches, well above normal. The largest monthly total so far is Beecher City (Effingham County) with 11.22 inches. Meanwhile, rainfall has been less plentiful in western and southern Illinois with amounts of 2 inches or less. 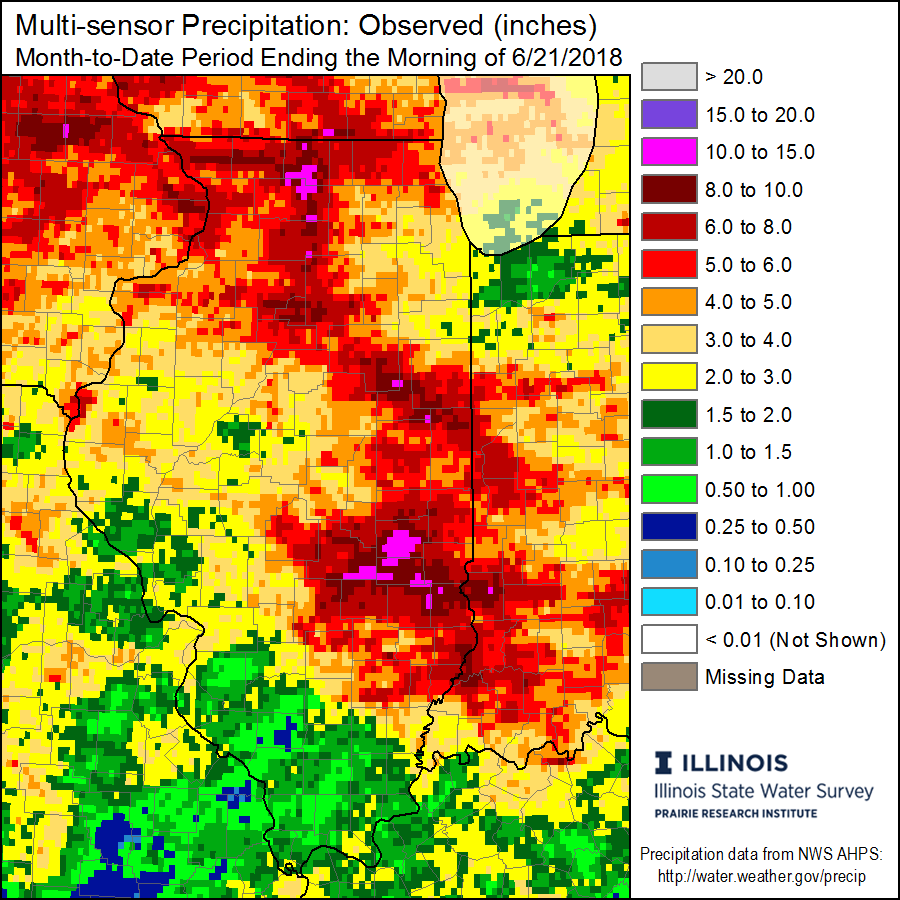 Outlook: More rain is expected across Illinois the next 7 days as a slow-moving low-pressure system moves across the region. The potential amounts range from nearly 3 inches in northern Illinois to about an inch in southern Illinois.

The outlook for July from the NWS says that we can expect an increased risk of above normal temperatures for July (top row of the figure). There is no indication of increased risks of either above or below-normal precipitation for July. For the period of July through September (bottom row), the southern two-thirds of Illinois has an increased chance of warmer than normal conditions. The northern third does not. There are no climate factors to indicate an increased chance of either above or below-normal precipitation during the period of July through September.