I will have to admit, February is not on my list of favorite months. It’s a good thing it’s only 28 days long. Here is the rundown for the first half of February.

The big story is the snowfall across northern Illinois. Many areas north of Interstate 80 have received between 15 and 20 inches of snow. In fact, Chicago experienced an impressive 9 days in a row with snowfall. A few stations have reported over 20 inches of snow. The largest total that I’ve seen is 24.0 inches at Chicago Heights (IL-CK-296), followed closely by Aurora (COOP) with 23.5 inches, and Somonauk (IL-DK-24) with 22.7 inches. Meanwhile, the snowfall totals dropped precipitously (pun intended) moving southward. Areas south of Springfield have received less than an inch and many locations in southern and southwestern Illinois have reported no snowfall in February. 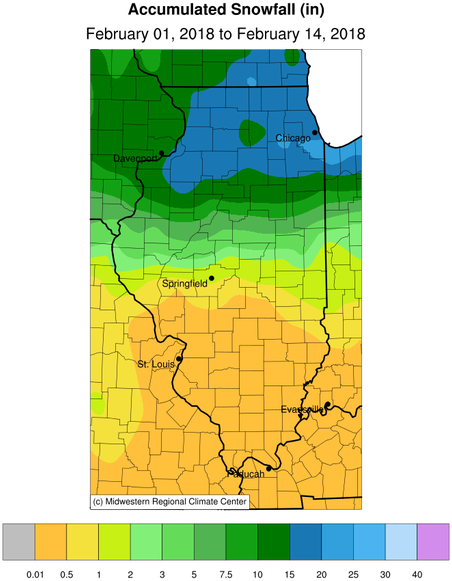 Precipitation is the combination of rainfall and the water content of any snow. While the snowfall amounts have been impressive, the actual water is not that high. For example, at the Chicago Heights location, the snowfall was 24 inches but the water content of that snow was only 1.61 inches (a ratio of 15 to 1 between snowfall and water content). Precipitation totals of 1 to 2 inches were common north of Interstate 80, which is above normal. Precipitation was below-normal in the remaining two-thirds of the state. Areas from St. Louis eastward have reported less than a tenth of an inch for the month. 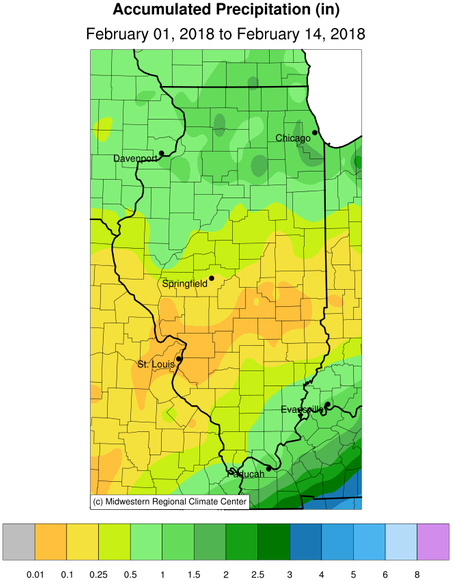 As a result of the continued dry weather, drought concerns remain in parts of Illinois. Here is the latest US Drought Monitor map for Illinois. Currently, 60 percent of the state is either abnormally dry or in the early stages of drought. 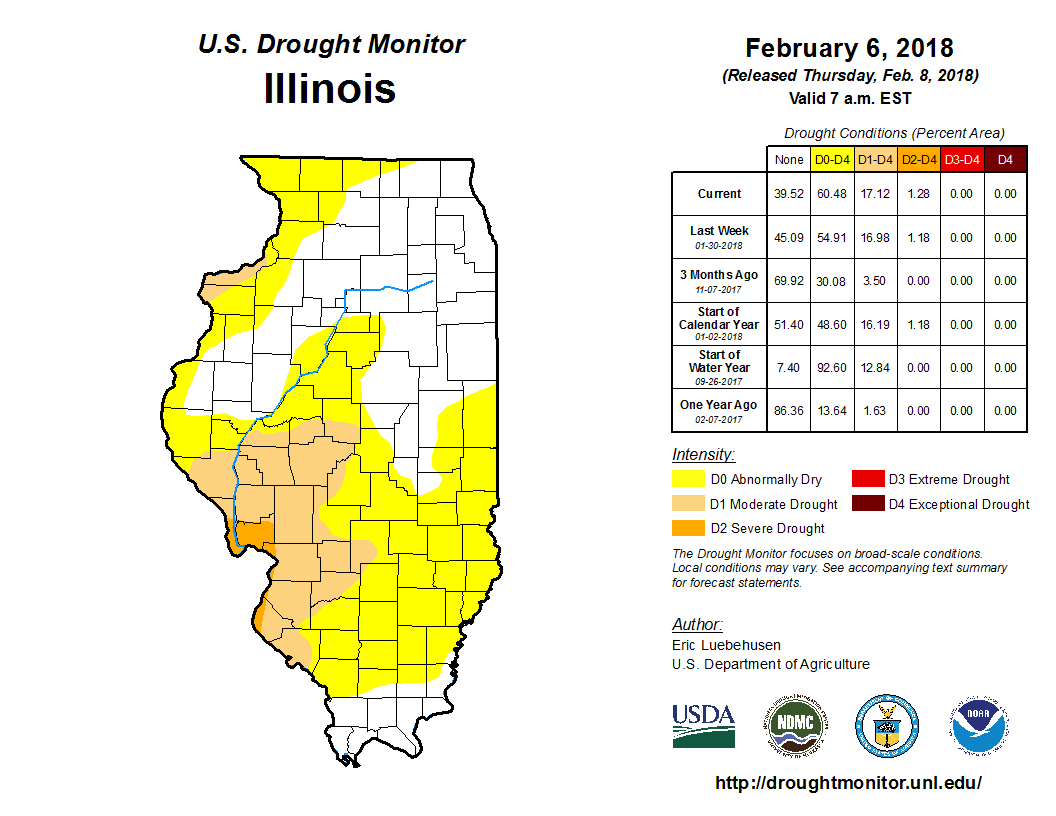 However, we could see some improvements in the next few weeks with the potential shift to a wetter pattern, according to the National Weather Service, that could bring more rainfall into the areas that need it most.

As mentioned earlier, the statewide average temperature is running about 5 degrees below normal. The average daily high temperatures have been below freezing for the northern half of the state and below 40 degrees in the rest of the state (maps below). The average daily low temperatures have ranged from the teens in northern and central Illinois, and in the 20s in southern Illinois. The warmest reading in the state for February was 62 degrees at the Kaskaskia River Navigation Lock (Randolph County). The coldest reading in the state for February was -16 degrees, reported at both the Fulton Lock and Dam and Mt. Carroll on February 6.