January in Illinois was colder and drier than normal without much snow.

The statewide average precipitation (rain and water content of snow) was only 1.31 inches, 0.76 inches below normal. The largest precipitation total for the month was 4.07 inches at Rosiclare (Hardin County).
From the viewpoint of climate, January is one of our driest months of the year with an average of only two inches of precipitation. However, we don’t notice it because most of our precipitation falls as snow. It just seems like a lot until you melt it.
Most of the state received 1 to 1.5 inches of precipitation (figure below, left panel) with drier patches in northern and western Illinois, and much of southern Illinois. Overall, most of the state was within an inch of normal (right panel). Click to enlarge.

The statewide average temperature was 24.1 degrees, 2.3 degrees below normal. The month started with temperatures below zero and the month ended up containing two unusually cold and unusually warm periods. The warmest reading for the month was 68 degrees at Jerseyville on January 22. The coldest reading for the month was -24 degrees at Morrison on January 1.
Here is what the daily temperature departures from normal looked like in Champaign, IL, and was typical for places around the state. Cold, Warm, Cold, Warm. Two January thaws for the price of one. As a result of the back and forth, Champaign ended up being only 1.8 degrees below normal for the month. 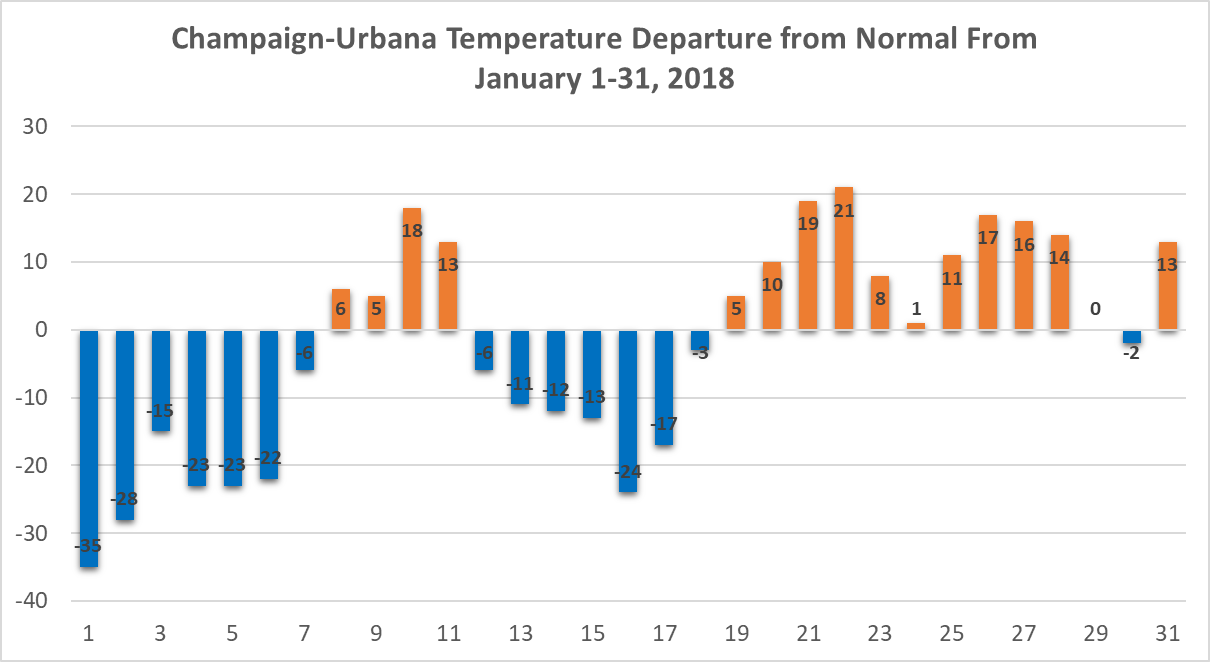 The largest snowfall totals for the month was 9.3 inches, reported at both Lake Villa (IL-LK-9) and Gurnee (IL-LK-42). Here are the maps of the snowfall totals across the state and the departure from normal. Areas shaded in green received between 2 and 8 inches of snow. It was unusual to see so much snow in southern Illinois.

By the end of the month, little snow remained on the ground in Illinois and nearby states. 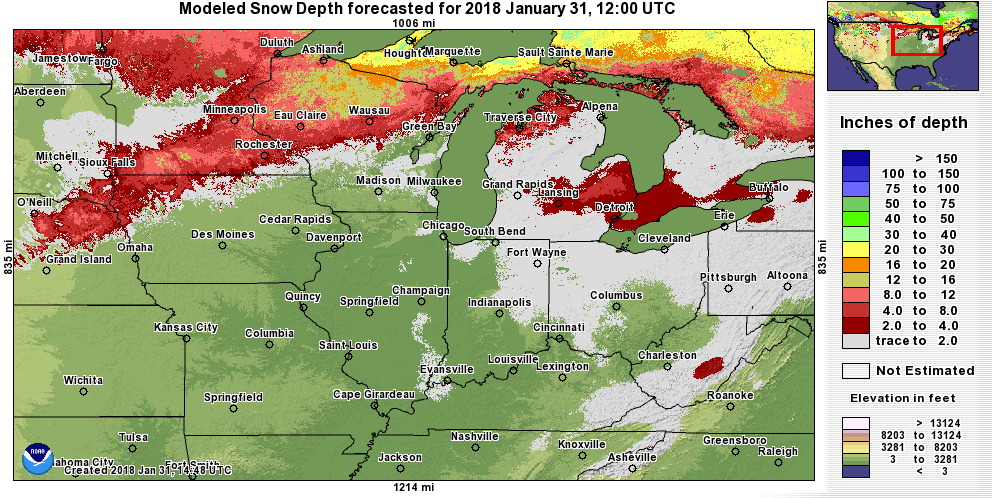 By the end of January, 54.9 percent of the state was either abnormally dry or in the early stages of drought, according to the US Drought Monitor. While January was somewhat dry, especially in the region around St. Louis, the overall drought conditions are the results of many months of dryness. In winter, drought conditions evolve very slowly with few demands on water supplies and soil moisture. That will begin to change in 2-3 months. 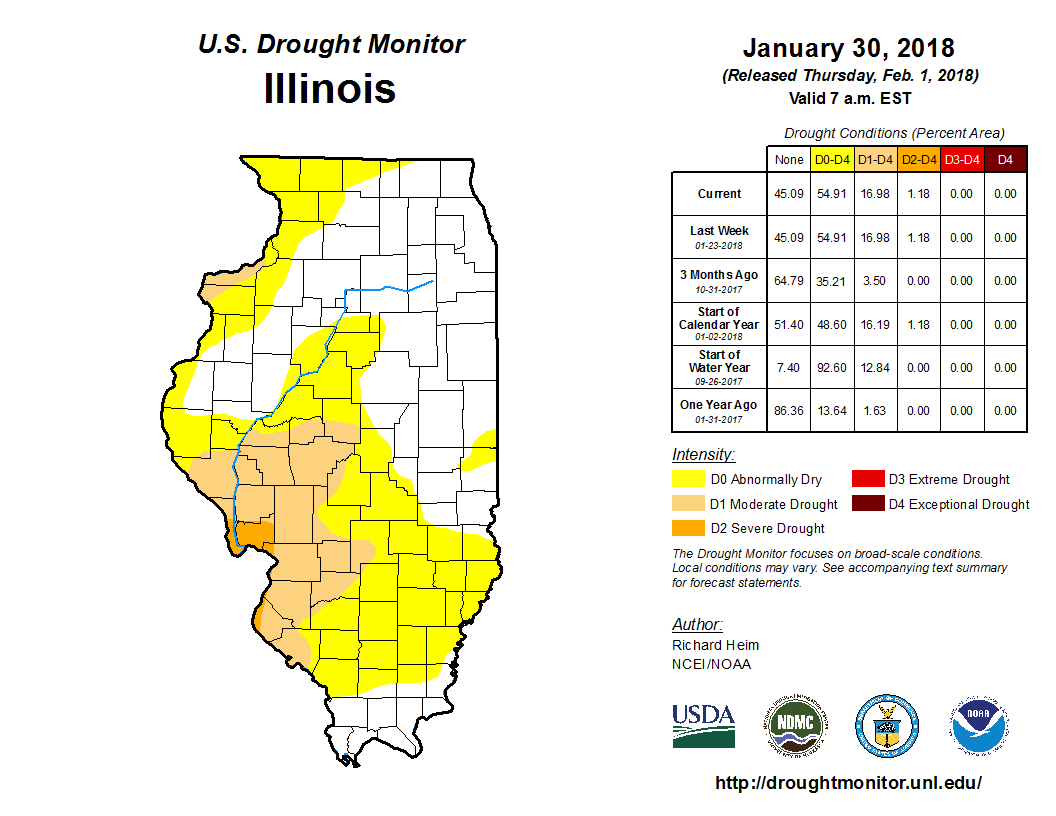