Summary: For Illinois, the statewide average temperature for May was 62.2 degrees, just 0.5 degrees below normal. Underneath the benign numbers were some stretches of cold weather at the beginning and middle of the month before summer-like conditions arrived in the last 10 days of the month.  The statewide average precipitation was 4.52 inches, just 0.08 inches below normal. However, heavy rains struck parts of Illinois, causing flooding. Some areas received up to 9-10 inches of precipitation by the end of the month.

The first map shows the accumulated precipitation for May. Areas from Chicago westward, most of far southern Illinois, and McLean County received 5 to 9 inches.  A few locations received over 9 inches, including Countryside (Cook County) with 10.56 inches, West Aurora with 9.32 inches, and Aurora with 9.27 inches. 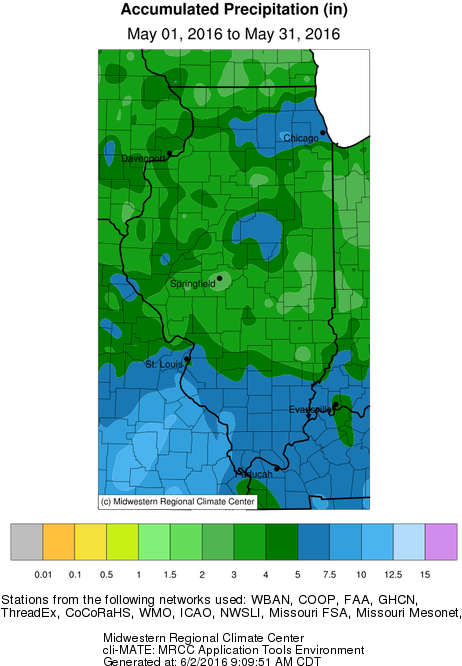 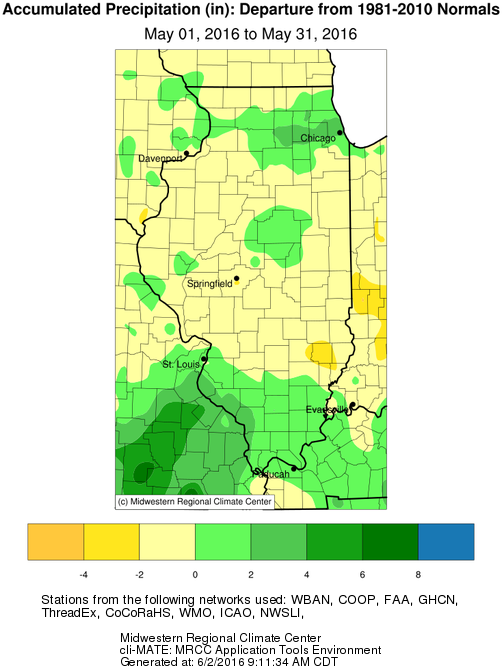 Temperatures were within a degree of normal for the state, except for parts of eastern and southern Illinois where they were 1 to 2 degrees below normal. We saw a lot of week to week variability in the temperatures. In the end the warm and cold weather canceled each other out. 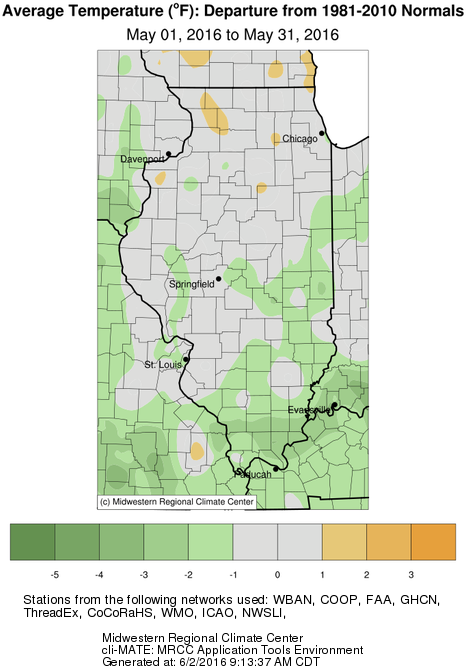 Here is how the average daily temperature at Chicago O’Hare looked, expressed as a departure from the daily normal. This was typical of sites around Illinois in May with a stretch of cooler than normal weather in the first week, followed by near-normal temperatures, before a second wave of cold weather struck around mid-month. However, the last 10 days were above normal, which mostly cancelled out the earlier colder-than-normal weather. 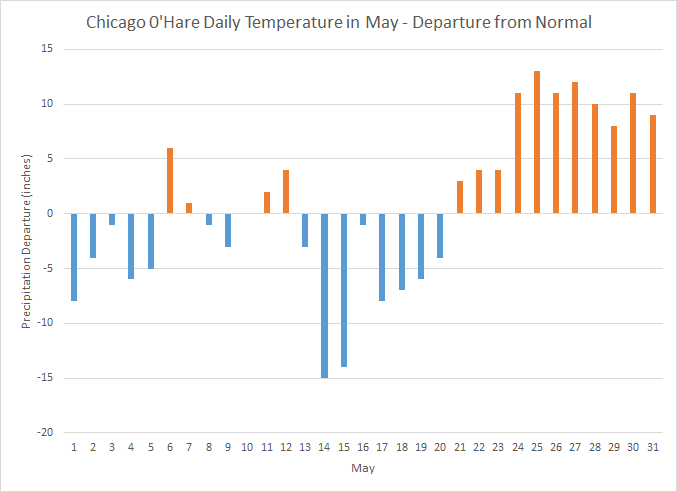 NOAA’s Storm Prediction Center reported 5 tornadoes in Illinois in May, as well as 35 hail and 86 wind damage reports. You can examined the day by day reports from the Center and move backward and forward in time. 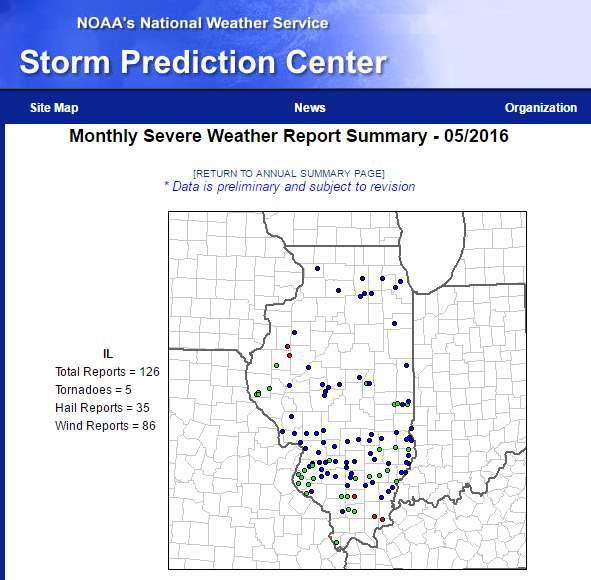