[I changed the headline from something generic to the more interesting piece of news – 4:4o pm, 3/1/16]

For Illinois, the statewide temperature for February was 33.2 degrees, 2.3 degrees above the average. The statewide precipitation was 1.38 inches, 0.68 inches below average.

Total precipitation for February (rainfall plus the water content of snowfall) shown below. Most of the state received between 1 to 2 inches, except for the southeast where 2 to 4 inches were more common. 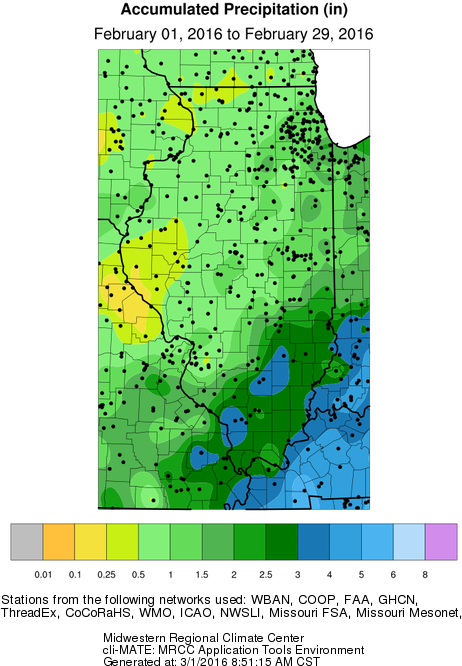 Total snowfall for February is shown below. Snowfall was widespread across Illinois in
February. However, the amounts were relatively light in northern, western and southern Illinois and in the range of 2 to 5 inches of snow. There was a band of heavier amounts from St. Louis to Chicago thanks to the February 24th winter storm. Monthly totals in that area were 5 to 10 inches of snow. 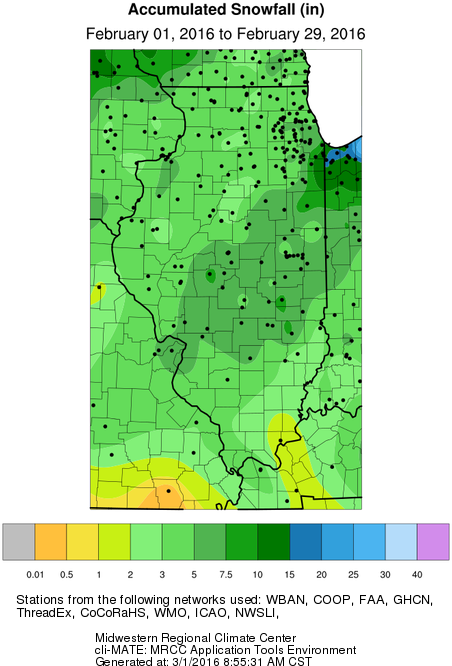 Snowfall departures from average across the state are shown below. Areas in beige and yellow are up to 5 inches below average. Meanwhile, the band from St. Louis to Chicago was up to 5 inches above average for snowfall. I will post more about the winter snowfall season in the next post. 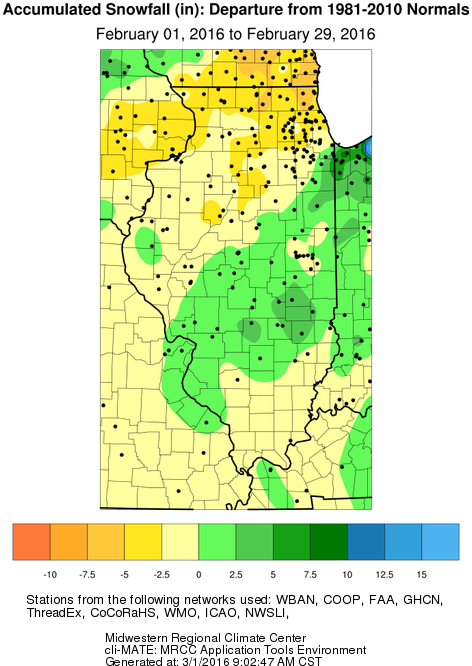 One Reply to “Seventh Warmest, 11th Wettest Winter in Illinois”