Here are the snowfall totals from the February 24th storm that struck central Illinois. The amounts turned out to be less than what was forecasted (second figure) by the National Weather Service. The core area received 3 to 5 inches of snow, compared to the forecasted amounts of 6 to 10 inches. However, the storm track was forecasted accurately.

The winds were strong yesterday. The maximum wind gust in our Illinois Climate Network was 54 mph at Bondville, an exposed site just west of Champaign (last figure). The Champaign site registered a maximum gust of 35 mph in a location with many trees and buildings. 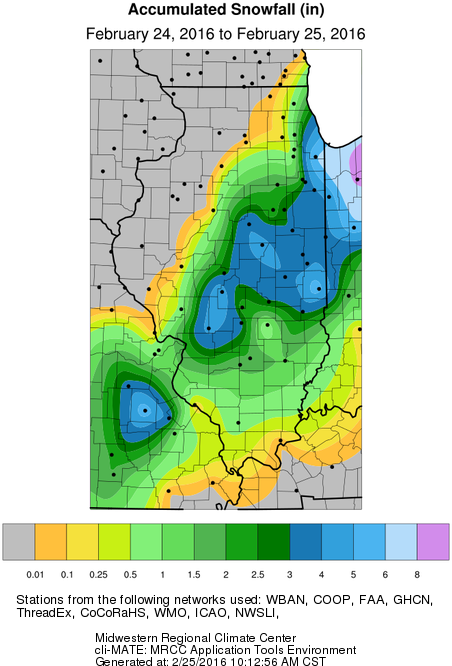 Forecast totals from right before the storm, according to the National Weather Service. 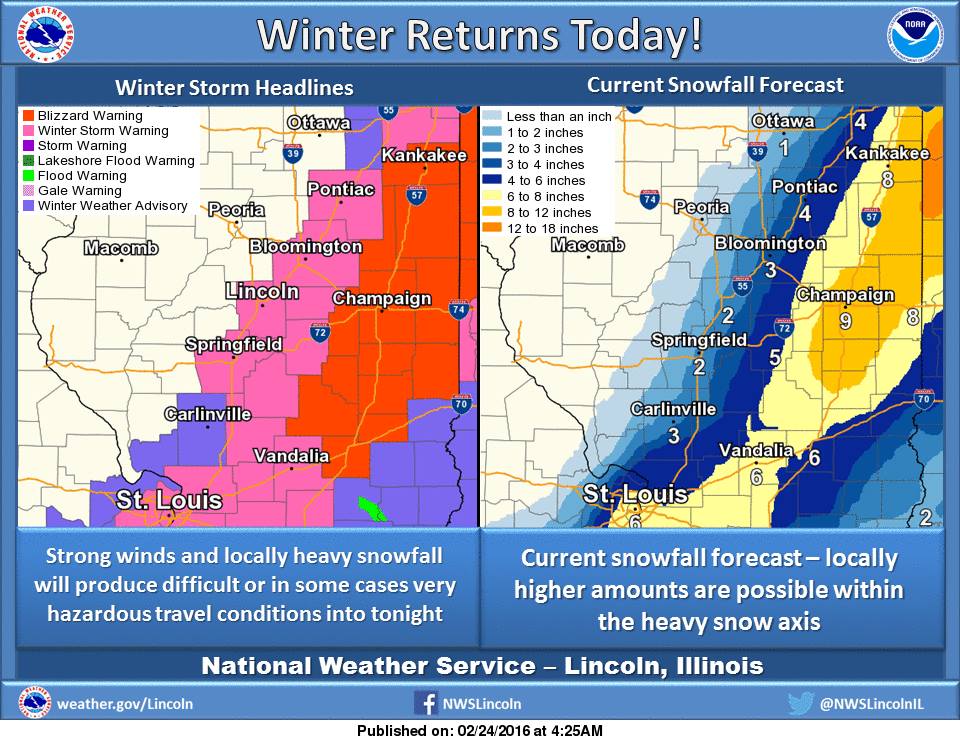 2 Replies to “Snowfall Totals from the Feb 24 Storm”