I was working with a U of I student on a poster about the impacts of El Niño, and we realized that this winter (December-February) does not fit the historical pattern of US temperatures and precipitation during past strong El Niño episodes (1982-83, and 1997-98).

Details: here is how things have worked out this winter through February 22, 2016. Temperatures have been above-average for the eastern two-thirds of the US (basically east of the Rockies) as well as large areas of Wyoming, Montana, and Idaho. Noticeably absent have been the cooler-than-average temperatures often found in the Southeast in past major El Niño events. 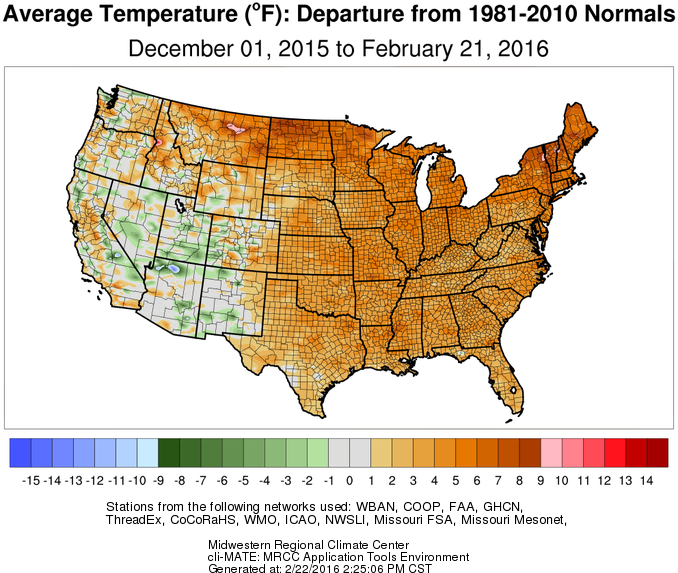 And here is how the precipitation (rain plus the water content of snow) has worked out for this winter . Areas in green are above-average, and some places by a lot. No real dryness around the Great Lakes, as past El Niño events would seem to suggest. And the southern US from southern California, Arizona, New Mexico, to Texas and Louisiana are drier than average – the mirror image of the past two major El Niño events (1982-83, and 1997-98). 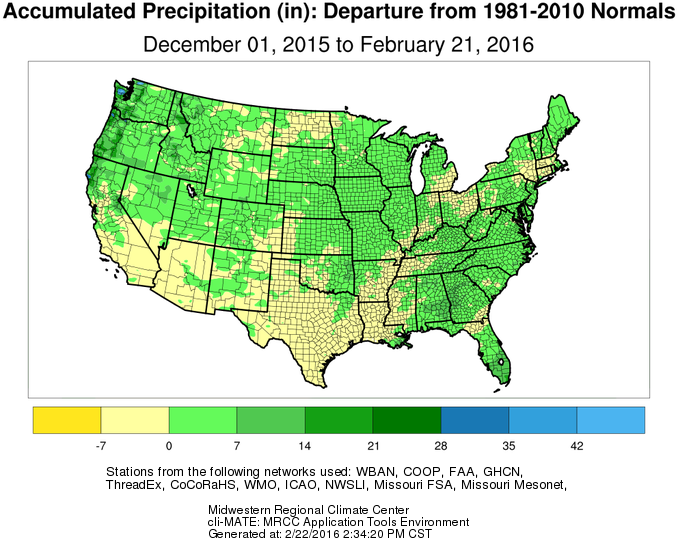 As a reminder, here is the historical pattern for winter (December, January, February) from past strong episodes. What does it all mean? It means that no two El Niño events are alike – they each have their own personality. Unfortunately, this can limit our ability to forecast what will happen during an event and what will happen after an event passes. 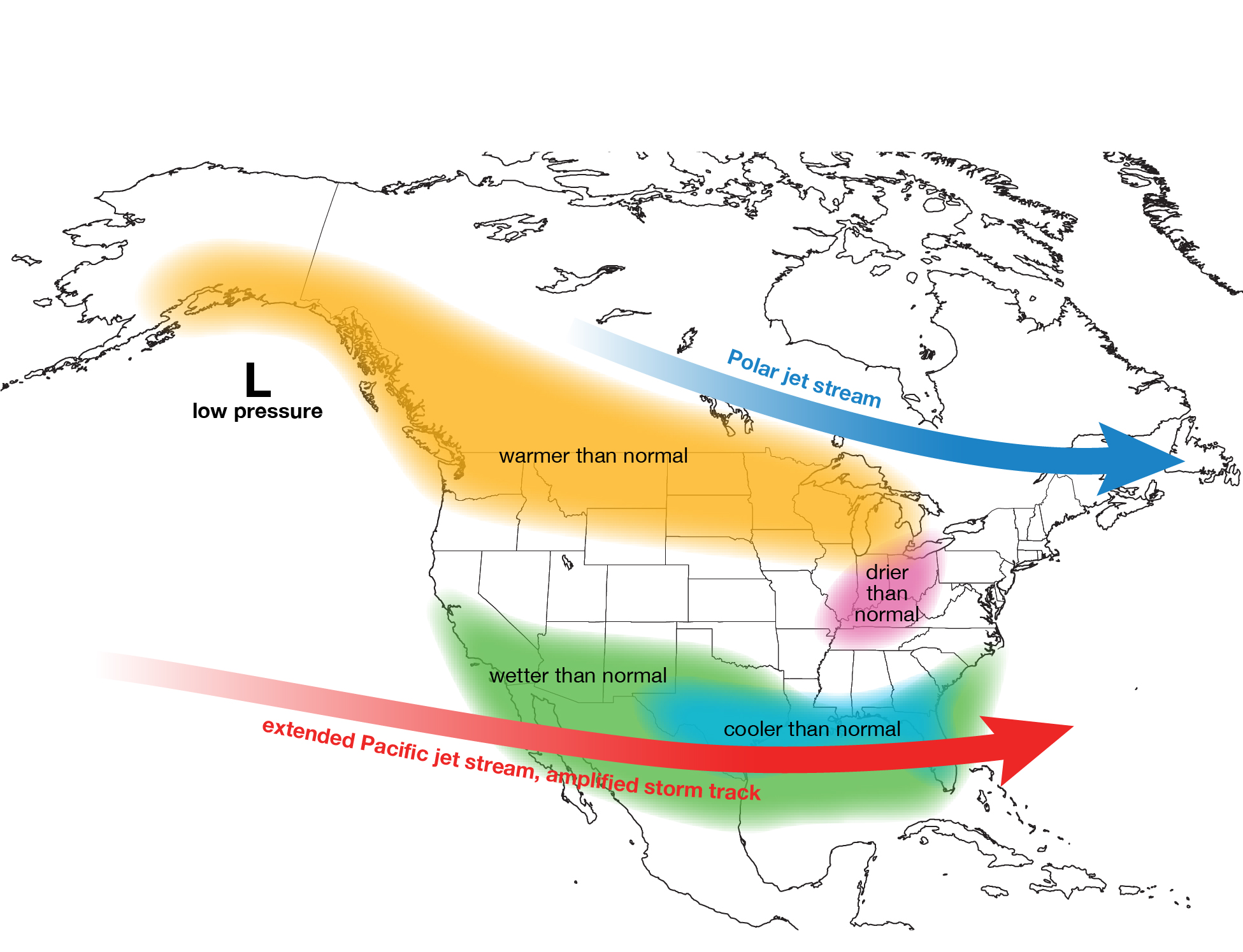