The topic of soil moisture has come up several times in recent weeks. After above-average precipitation in November and downright flooding in late December, one might expect the soils to be saturated across the state right now. But let’s take a closer look because I think soil moisture is in better shape now than it was six weeks ago.

This figure shows how heavy and widespread the precipitation was in December. It ended as the second wettest December on record with 6.66 inches of precipitation.  By the end of December, many rivers and streams were in flood stage and a lot of farm fields were covered in water. 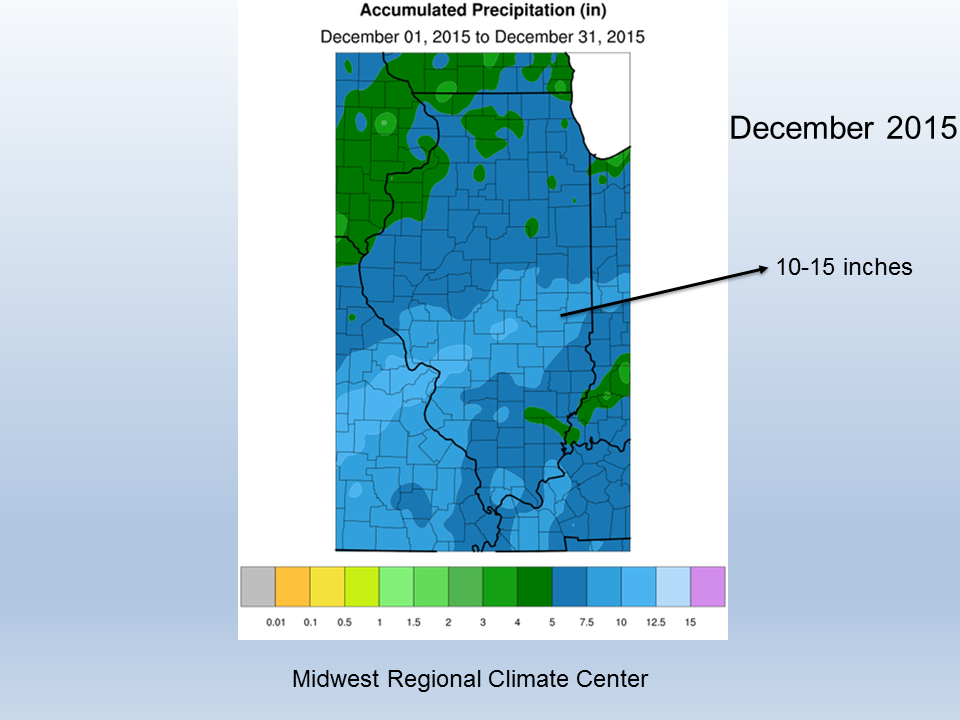 However, thanks to the generally mild temperatures, soil temperatures have spent a majority of the time above freezing this winter. This figure shows snapshots of the 4-inch soil temperature under grass for December 14 and February 14. If you flip through the soil temperature maps at our sites, you will see how rare frozen soils were. This was especially true during the the late December storm. Frozen soils will lock the moisture in place and form an impervious surface, causing precipitation to run off. Meanwhile, unfrozen soils will allow water to soak in and drain through. This is greatly enhanced in fields with tile drainage. 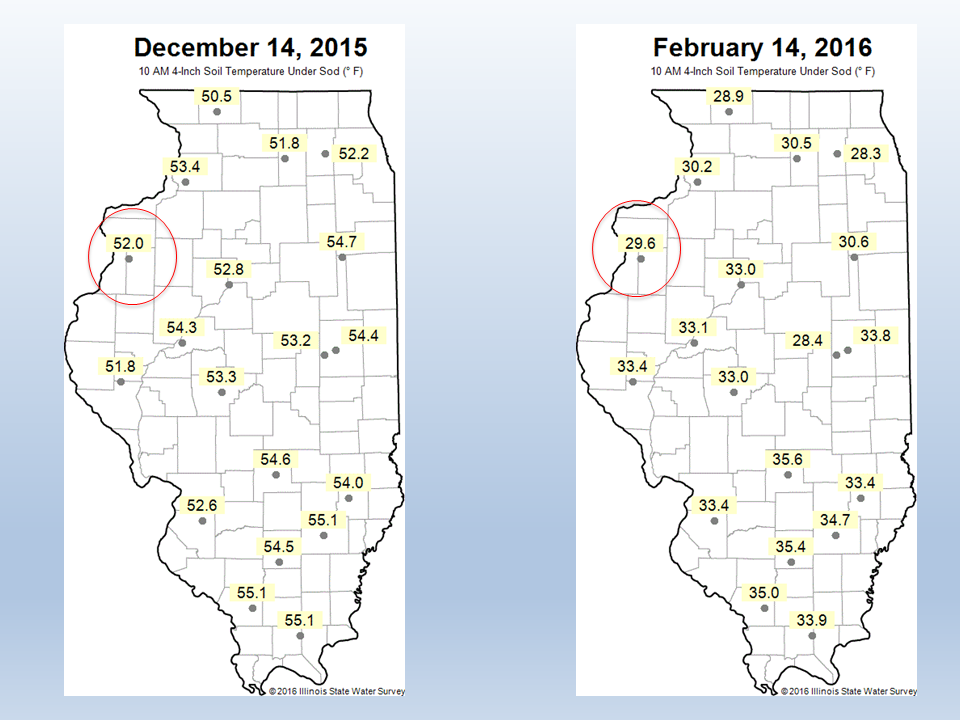 Here is a diagram of what has likely happened in the soils in the last 8 weeks. The left panel represents conditions in December and early January. The soils were saturated and all the pores were filled. The combination of unfrozen soils and below-average precipitation in January and early February allowed many fields to return to field capacity through drainage (middle panel). Since this occurred during January and February, evaporation played only a small role. It was probably in the ballpark of one inch of evaporation during this period, just enough to help cancel out much of the precipitation that fell during this time.

While the Water Survey soil moisture network is closed for the winter (frozen soils give us incorrect readings), we can see some evidence that the soils in Illinois are getting back to field capacity from the USDA NASS reports. In the winter, their crop and weather report comes out once a month. You can see a shift from “surplus” to “adequate” for both top soil and sub soil moisture in the course of a month from the end of December to the end of January. For example, surplus top soil moisture dropped from 57% to 26% during this time. This trend has likely continued in February, especially in the southern two-thirds of the state where soils remain unfrozen at 4 inches or less.

By the way, I think a lot of soil moisture models out there have not done a good job in handling this situation, and are giving the impression that the soils are wetter than they actually are.

Bottom line, the mild temperatures and relatively dry weather in 2016 have probably helped with getting soil moisture back to “adequate” levels or field capacity. That’s good news for both lowering the spring flooding potential and improving the chances of getting back  into the fields earlier. 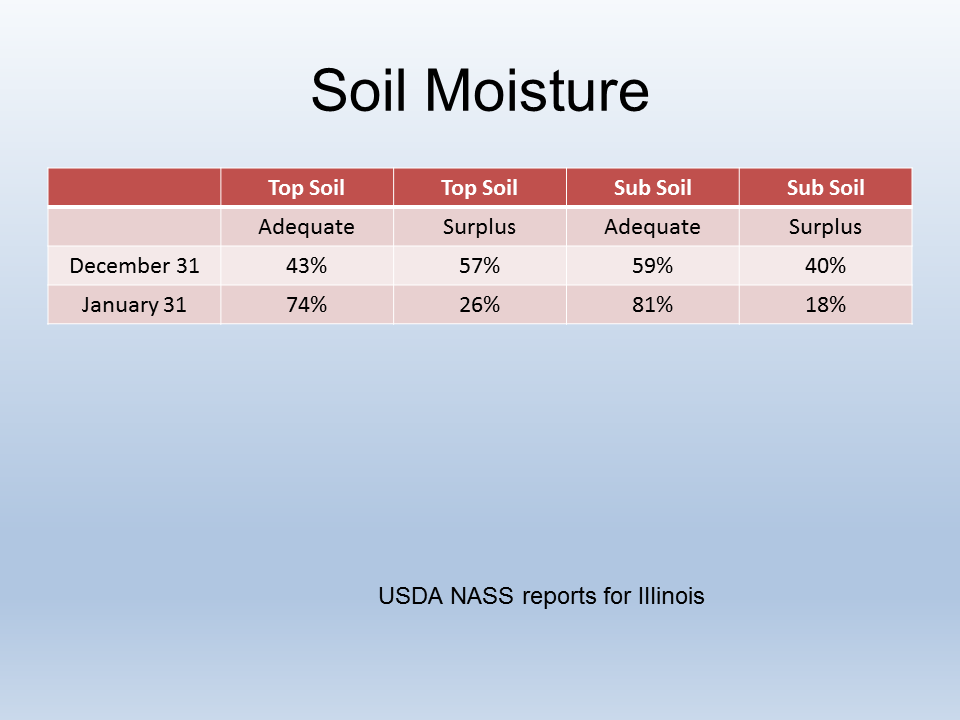