So far this winter, central and southern Illinois have seen little or no snow. Here are the totals through January 6 for this winter. Areas north of I-80 have seen amounts in the 10-15 inch range, which is close to average. However, the snowfall totals drop off dramatically southward with much of central Illinois reporting only 1 to 4 inches. And south of Interstate 70 no measurable snow has been reported so far this winter. 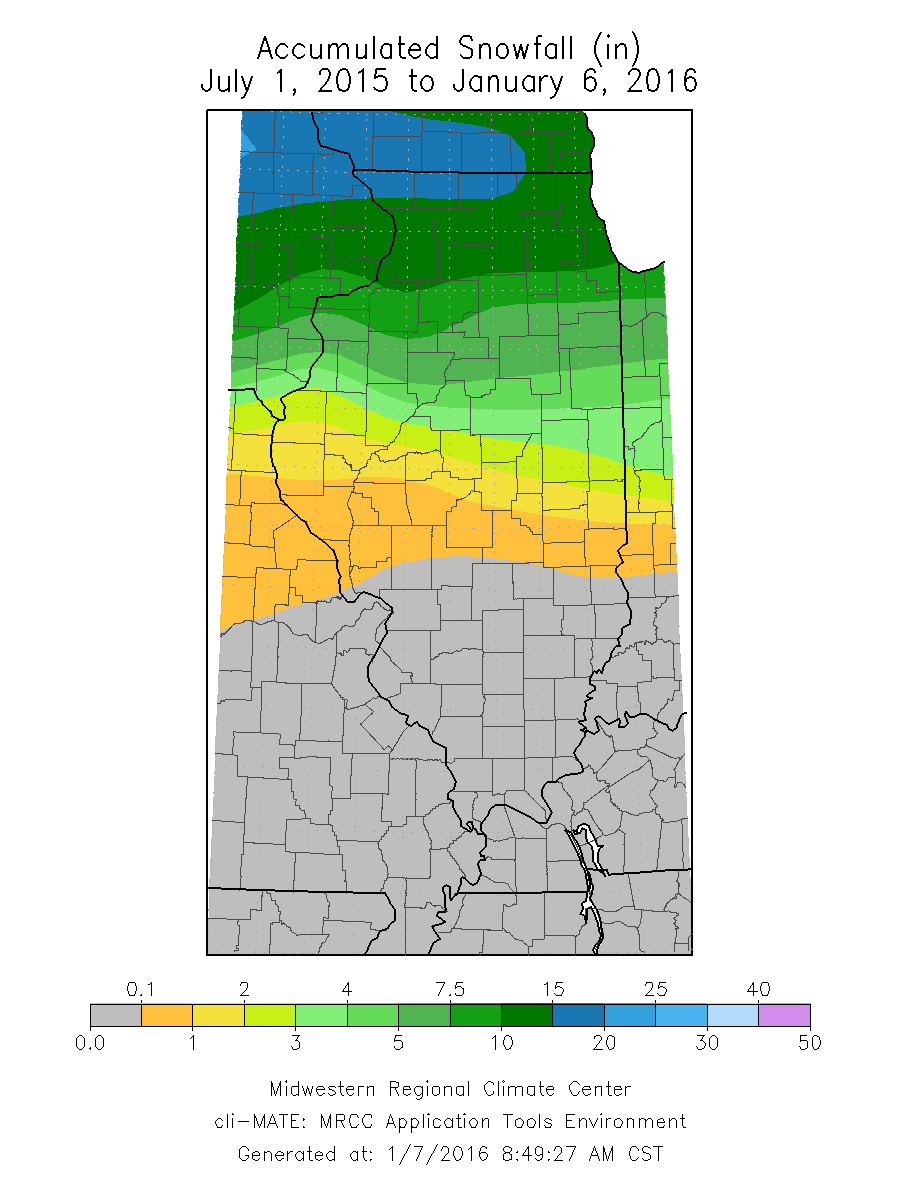 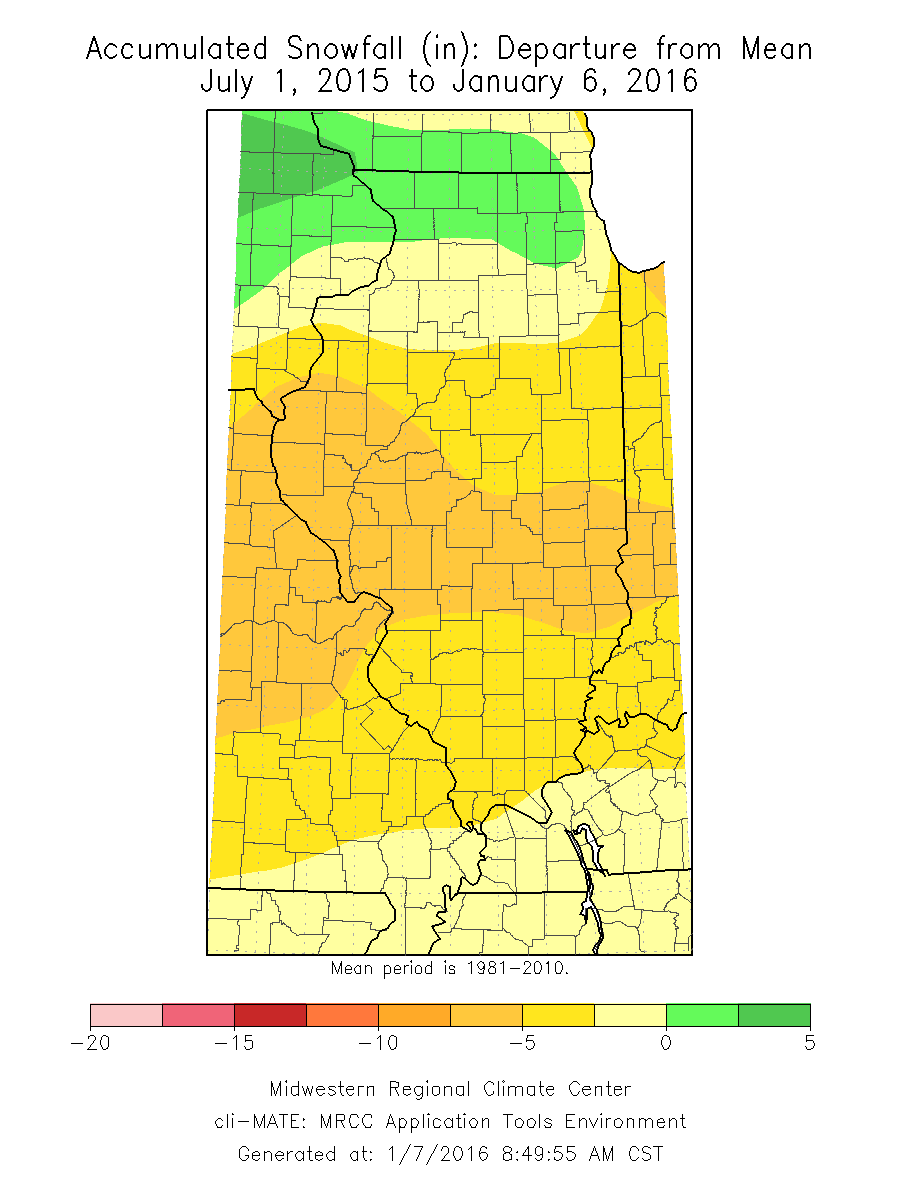 Why are the snowfall totals so low? Thanks to the El Niño pattern, warmer-than-average temperatures in November and December meant that most precipitation fell as rain rather than snow. We have seen this tendency for below-average snowfall in several past El Niño events.

A recent Champaign-Urbana News-Gazette story outlined the impacts of the nearly snowless winter – money saved by the cities from lower salt usage and snow plowing, no school closings, easier road maintenance. On the other hand, the sale of shovels, snow blowers, and winter clothing have all suffered.

And if you really miss the snow, just think back to this time in the winter of 2013-14 when we had already experienced several winter storms and a visit from our friend, Polar Vortex. At this point in that winter, much of central and northern Illinois had received 20 to 30 inches of snow (dark green), while the rest of the state had received 15 to 20 inches of snow. 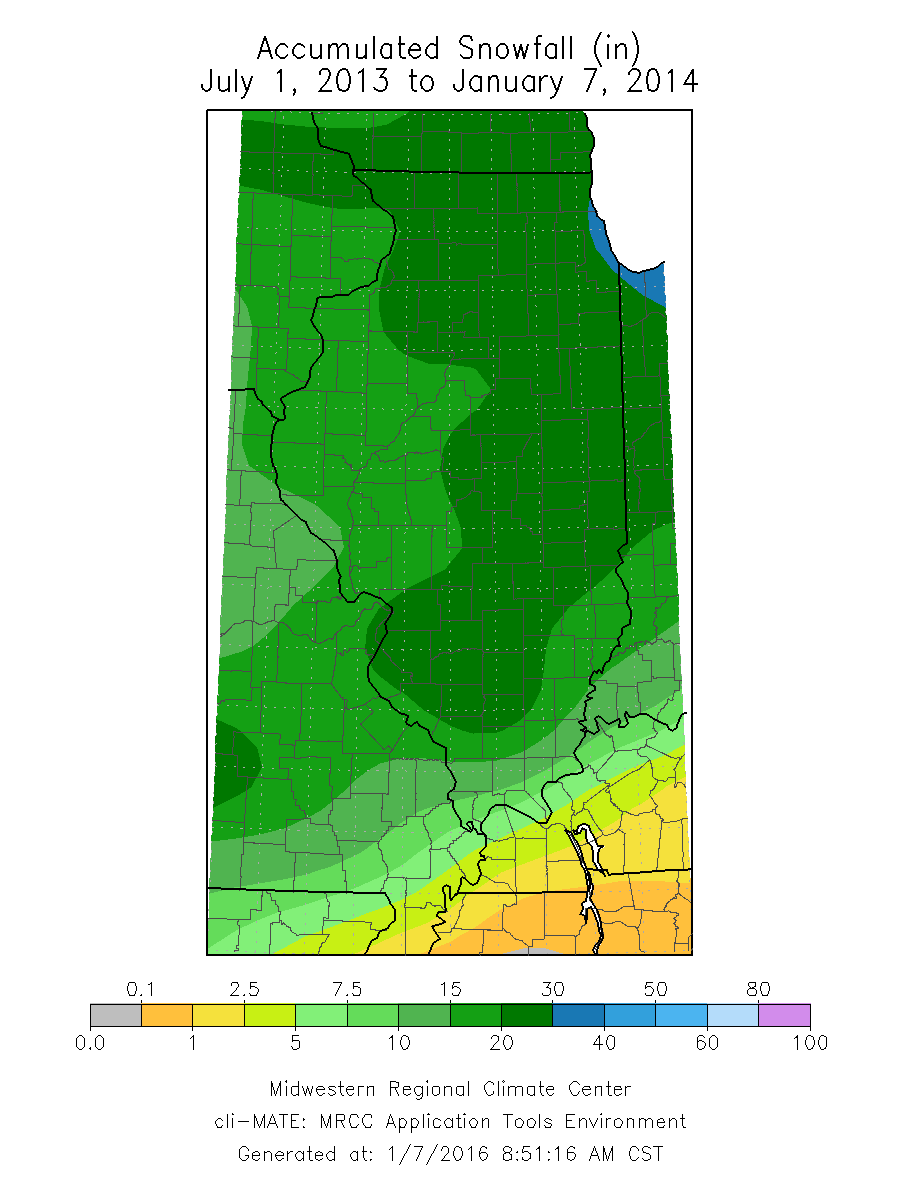