What are the historical chances of a White Christmas?

We define a “white Christmas” as having at least an inch of snow on the ground on December 25. The map below shows the odds across the state. It should come as no surprise that the highest odds are in northern Illinois.  In general, the odds are about 40-60 percent in the northern third of Illinois, 20-40 percent in central Illinois, and 0-20 percent in southern Illinois.

There can be large differences between nearby sites. Snowfall is notoriously difficult to measure with blowing, drifting, and melting. Two nearby sites may have different results due to exposure to the sun and the wind as well as the dedication of the observer to report on Christmas Day.

We had just a little bit of snow on the ground in parts of the northern half of Illinois on December 25, 2014 – hardly impressive. 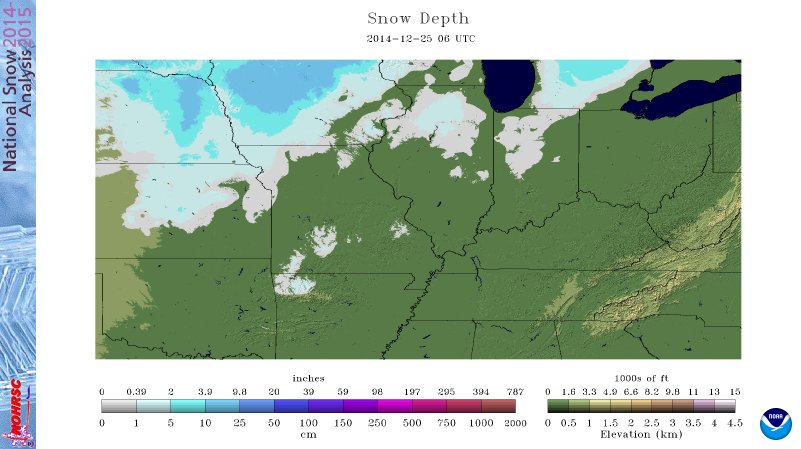 What is the most snow on Christmas Day?

Here are the largest snow depths on Christmas Day (12/25) for selected locations around the state:

What are the odds this year?

What are the odds this year? They may be a little better than you think. While December has been incredibly mild so far, 10 degrees above average, that could change for short periods of time. Keep an eye out for developing storms as we get into Christmas week.

[An earlier version of this post had an interesting run from the GFS model showing a potential for snow around Christmas, but subsequent model runs did not support this. ]

2 Replies to “Chance of a White Christmas in Illinois”