Summary: Illinois just finished its third wettest and tenth warmest November on record. Even with the warmer conditions, significant snowfall fell across the northern half of the state over the weekend before Thanksgiving.

The statewide precipitation total was 5.60 inches, 2.13 inches above average and the third wettest November on record. In first place was 1985 with 9.05 inches, and in second place was 1992 with 6.51 inches. I remember November 1985 quite well – it was overcast every day and dreary the entire month.

The largest reported precipitation total for November was Rock Island Lock and Dam with 8.39 inches. This was followed closely by Sparta (IL-RH-8) with 8.09 inches. Precipitation includes both rainfall and the water content of snowfall. 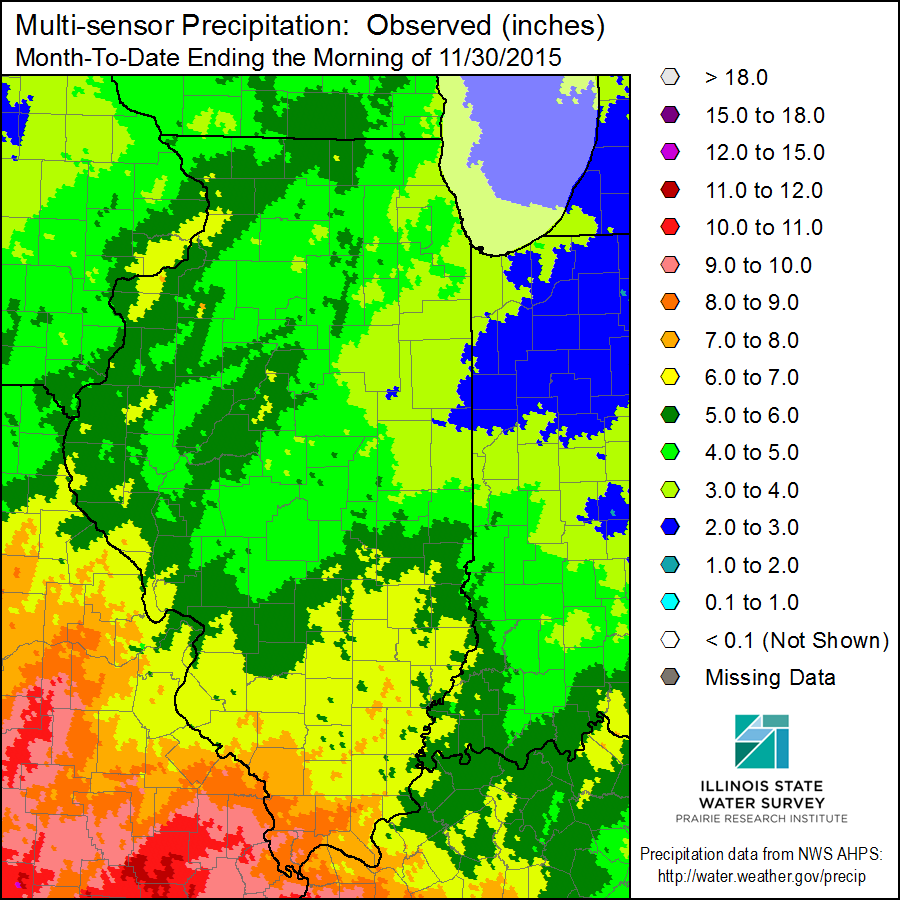 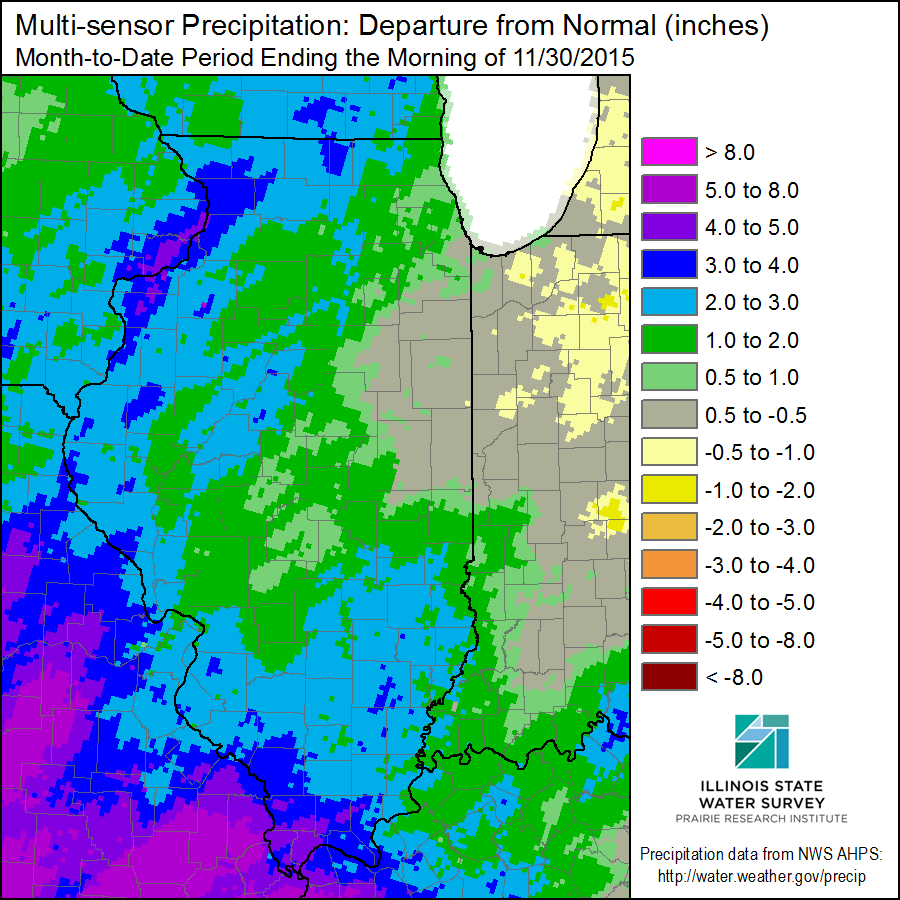 Most of the November snowfall came from a winter storm before Thanksgiving, and left a band of heavy snow stretching from the High Plains through Michigan. The map below shows the November snowfall in the Midwest. Typical amounts in northern Illinois for November were in the 6 to 12 inches range. A few places along the IL-WI border had the highest amounts, including two CoCoRaHS stations: Harvard (IL-MCH-66) with 20.8 inches, and Gurnee (IL-LK-42) with 20.2 inches.  The snowfall totals dropped off steeply moving southward with the southern boundary of the snowfall ending near Interstate 70. 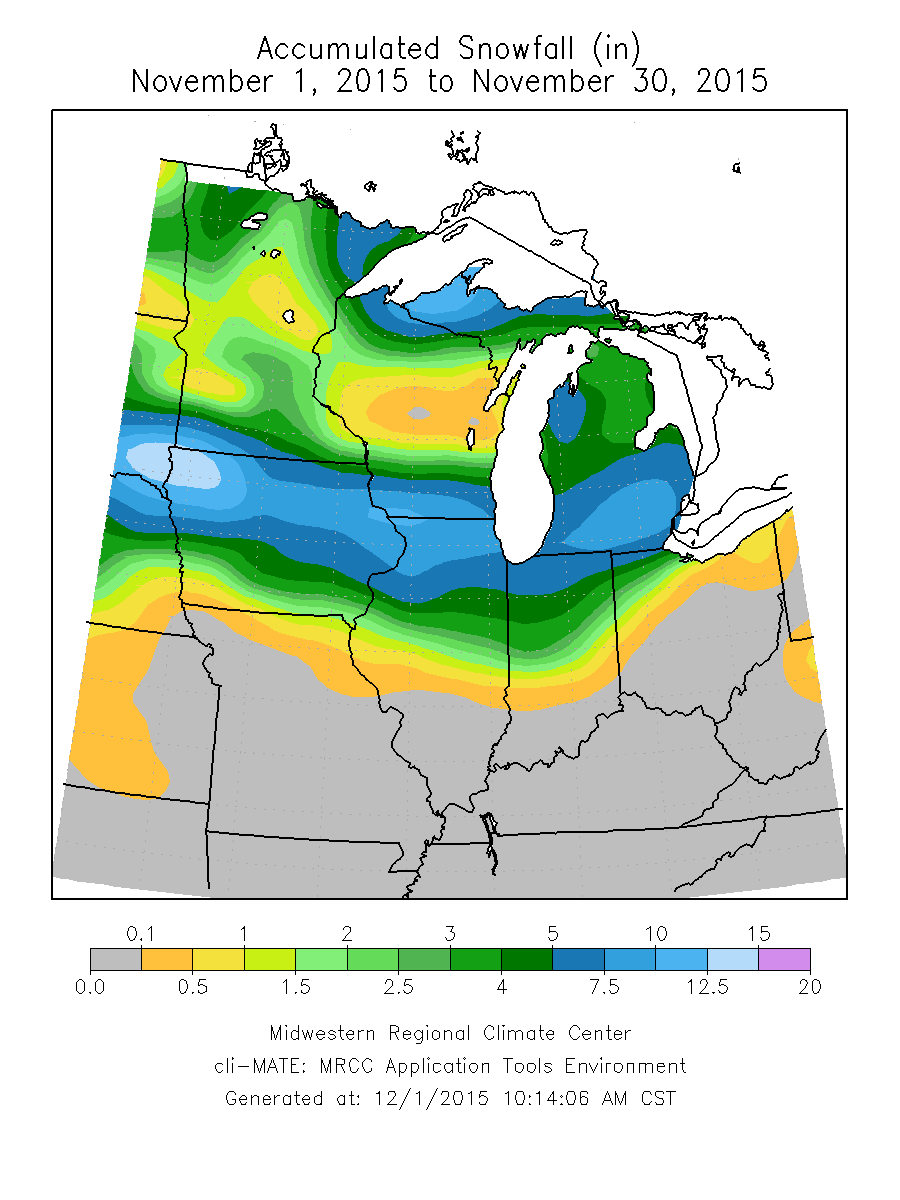 The statewide average temperature was 46.0 degrees, 3.5 degrees above average and the 10th warmest November on record. The spread between the highest and lowest temperature reported for the month was 80 degrees, an impressive range. Grand Chain Dam in southern Illinois reported a high of 79 on November 5. Kewanee reported a low of -1 on November 22.

The above-average temperatures in November were common across the eastern half of the United States, including Illinois and surrounding states. And the NWS did a good job forecasting the warm November. On the left is the forecast for November and on the right are the actual temperature departures. This forecast was driven primarily by the strong El Niño occurring in the Pacific Ocean. 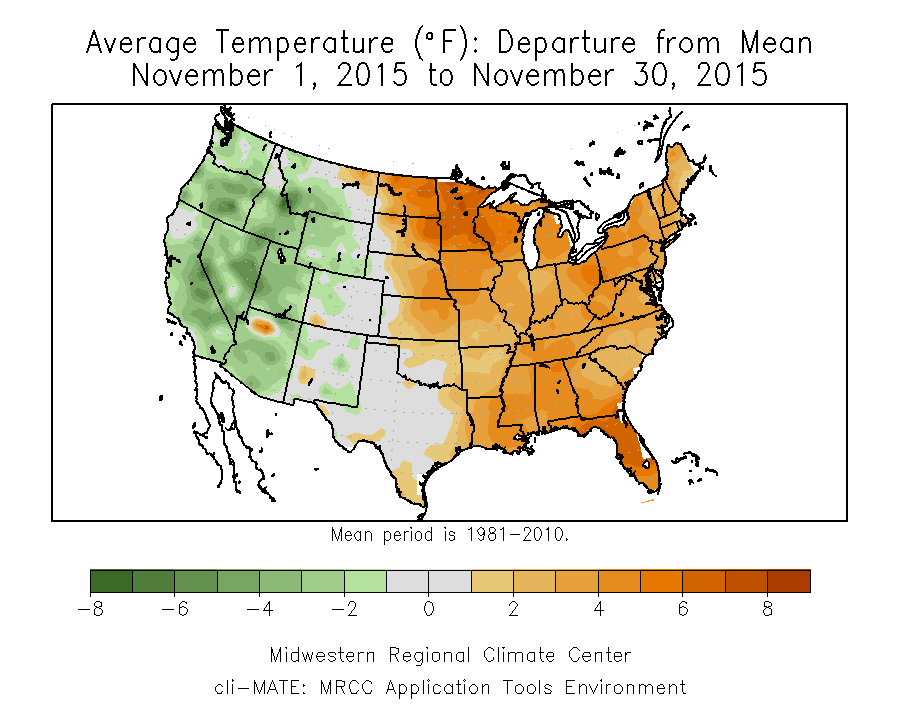