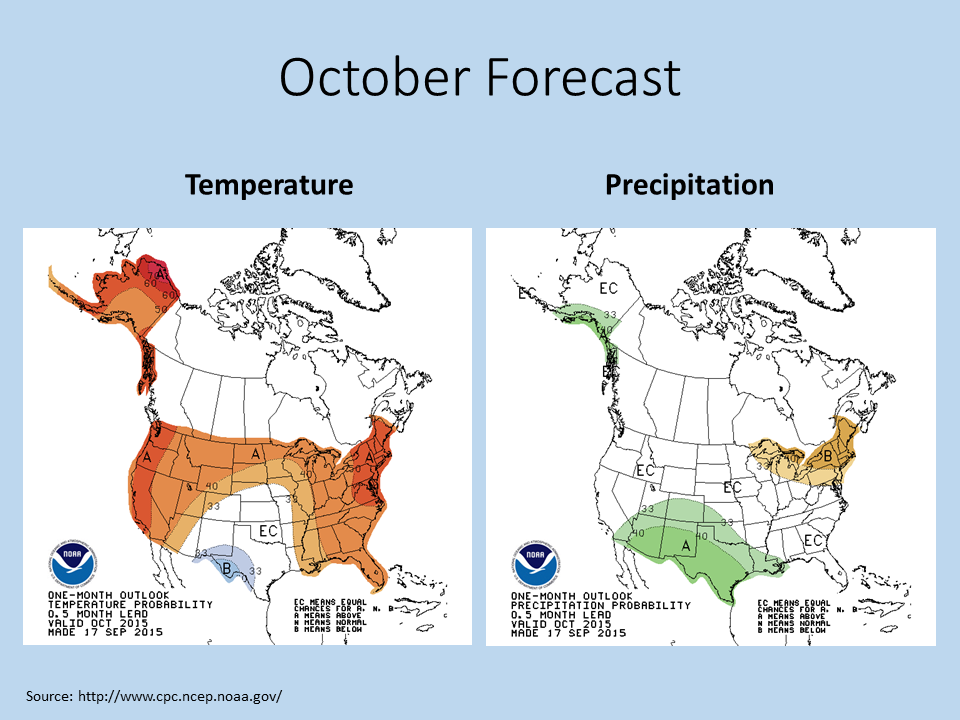 Most of Illinois except the far southwest has an increased chance of above-average temperatures in the October-December time frame. There is not much to report on precipitation in Illinois. We are just north of the large area of expected wetter-than-average conditions. By the way, when CPC forecasts mentions “above-average temperatures”, that means only a few degrees above average – not 90 degree weather in November. 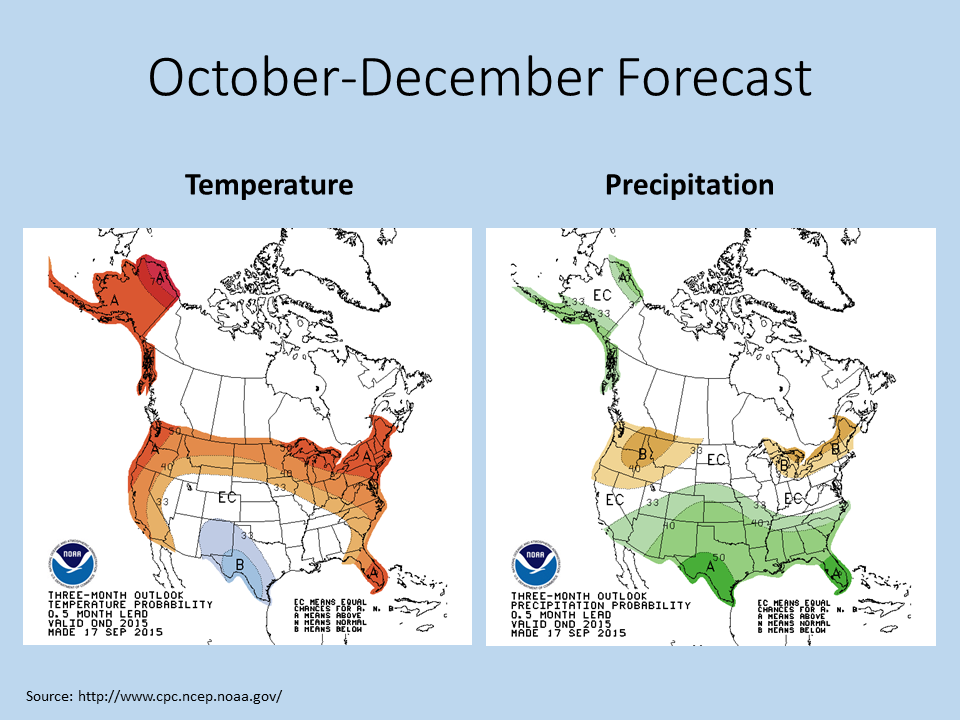 Illinois still has increased chances of above-average temperatures and below-average precipitation for the core winter months. 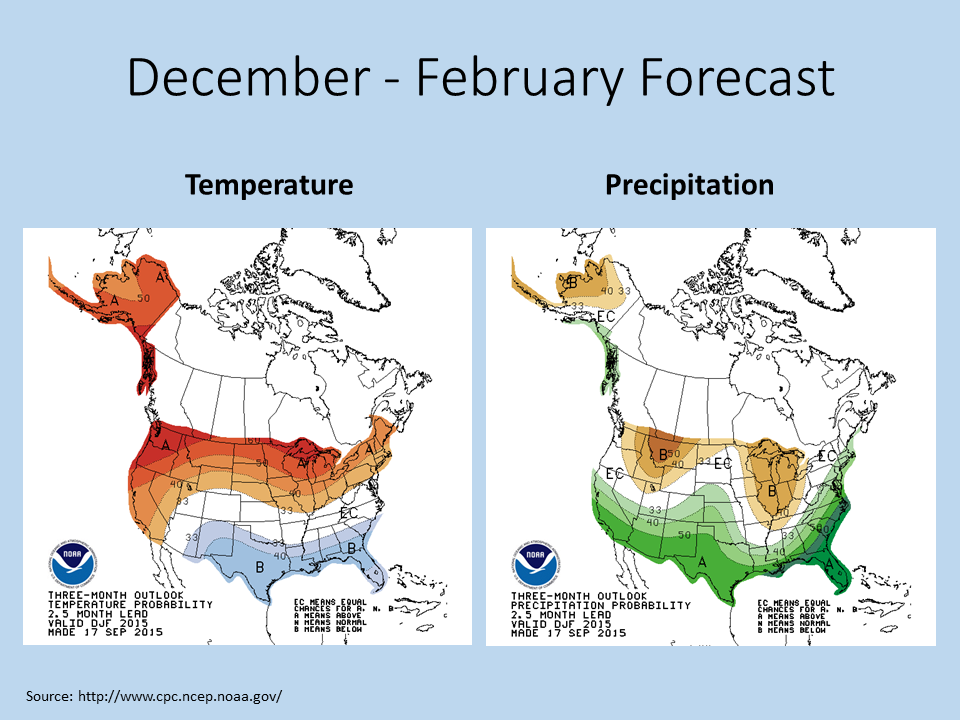