Illinois and the rest of the Midwest are off to a hot start in September. As the map below shows, areas in shades of brown were up to 9 degrees above average. This includes southern Illinois and much of the southern states in the Midwest. The areas in pinks and red were even farther above average, some 9 to 12 degrees above average. This includes most of the northern half of Illinois, as well as northern Missouri, Iowa, Minnesota, Wisconsin, and most of Michigan.

Cooler and more seasonable weather is expected in Illinois after today. 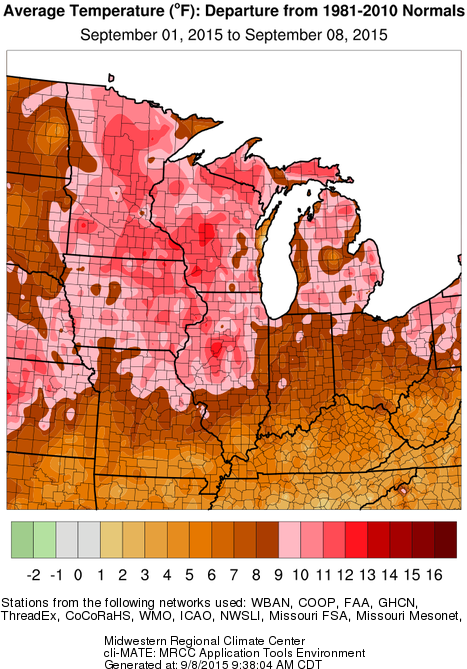 So far in September, the only area in Illinois to receive significant rain was east-central Illinois. Severe thunderstorms on Friday night, caused the postponement of the University of Illinois football game until the next day.

The rest of the state had been dry. Much of the southern half of the Midwest has been dry in September, while some rains have fallen in parts of Iowa, Minnesota, Wisconsin, and Michigan.

The dry weather combined with hot temperatures, wind, and sunshine, have caused soil moisture levels to drop. However, rain is now falling in northwestern Illinois, and widespread rains are expected across Illinois in the next 24 to 48 hours. 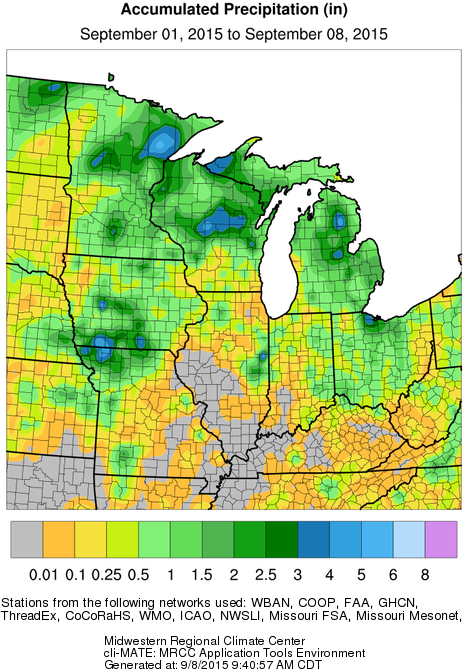