The precipitation for August was unevenly distributed, which is typical in the summer months. Amounts of 3 to 5 inches were common in northern Illinois and points east of St. Louis.

Here are the precipitation departures from average for August. Most of the state was at or slightly below average. A few small spots in northern Illinois, and areas east of St. Louis were above average. 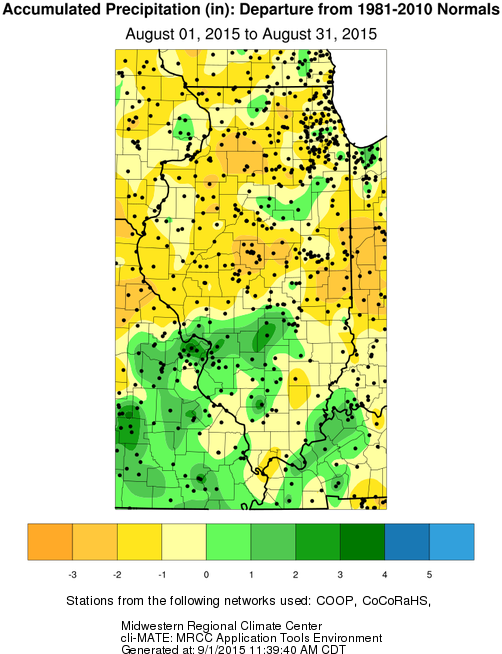 By the way, this is a new map series produced by the Midwestern Regional Climate Center based on station data with the dots representing actual reports. We could not do this without the help of the NWS COOP and CoCoRaHS volunteer networks.