Here are maps showing how April so far has been warmer and wetter than average across Illinois and the Midwest.

Right now, most of the eastern two-thirds of the United States have experienced above-average temperatures for April (first map). The Midwest has been 1 to 6 degrees above-average, depending on the shade of orange (second map). Click on any map to enlarge. 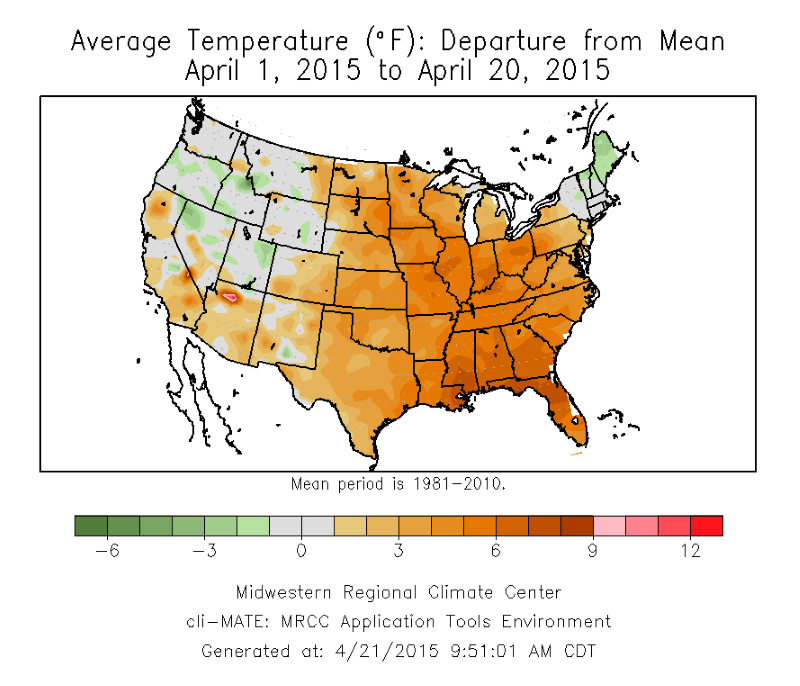 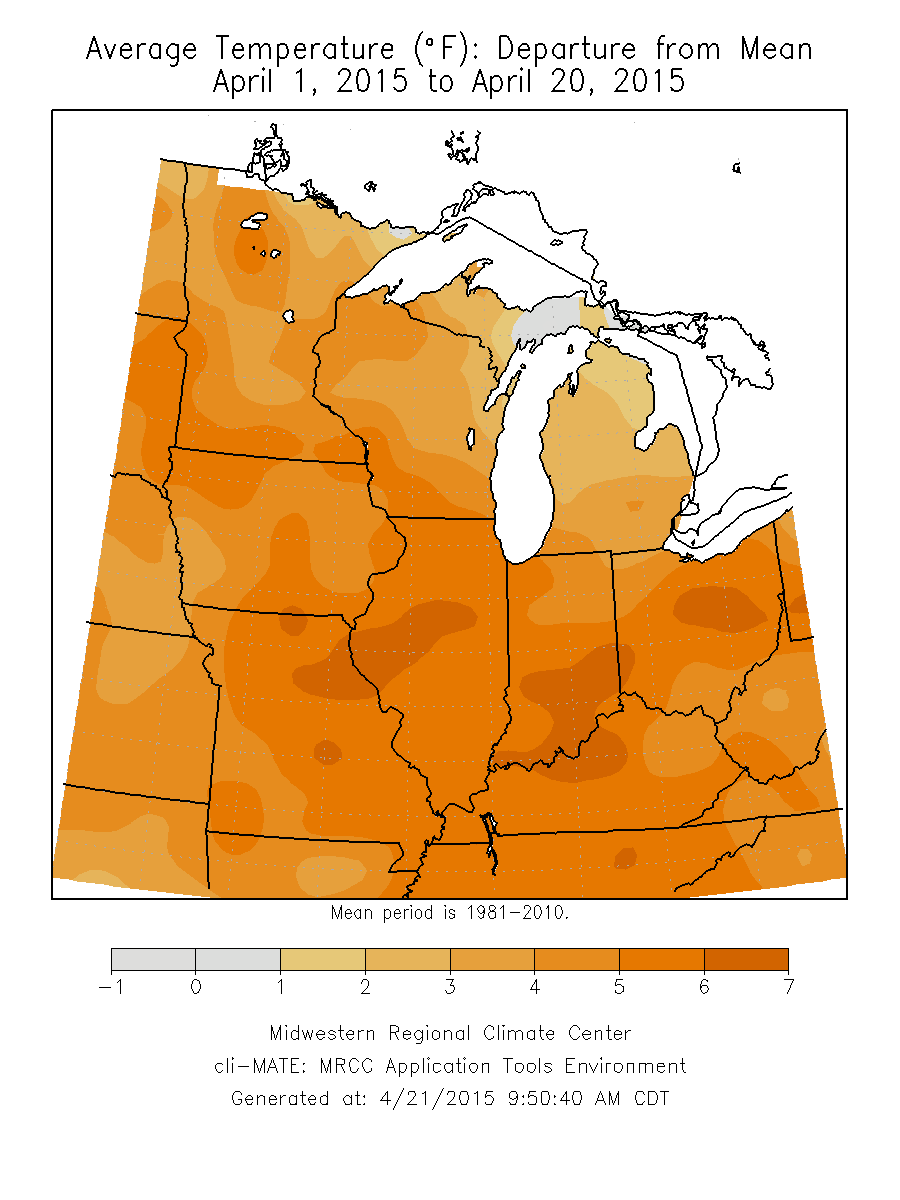 Precipitation has been widespread across the Midwest, and especially heavy in the Ohio River Valley (third map). Precipitation departures for the Midwest (fourth map) range from slightly below average (beige) to above average (green).

The blue bulls-eye in Kentucky in the fourth map is where precipitation has been 4 to 8 inches above average. That’s about two extra months of precipitation in three weeks.

For Illinois, the area of some concern is the northwestern quarter of the state. That area was dry this winter and has so far missed most of the rains in April. The latest USDA NASS report shows that about one-third of the top soil and sub soil moisture is rated at “short’ to “very short” in that region of the state. 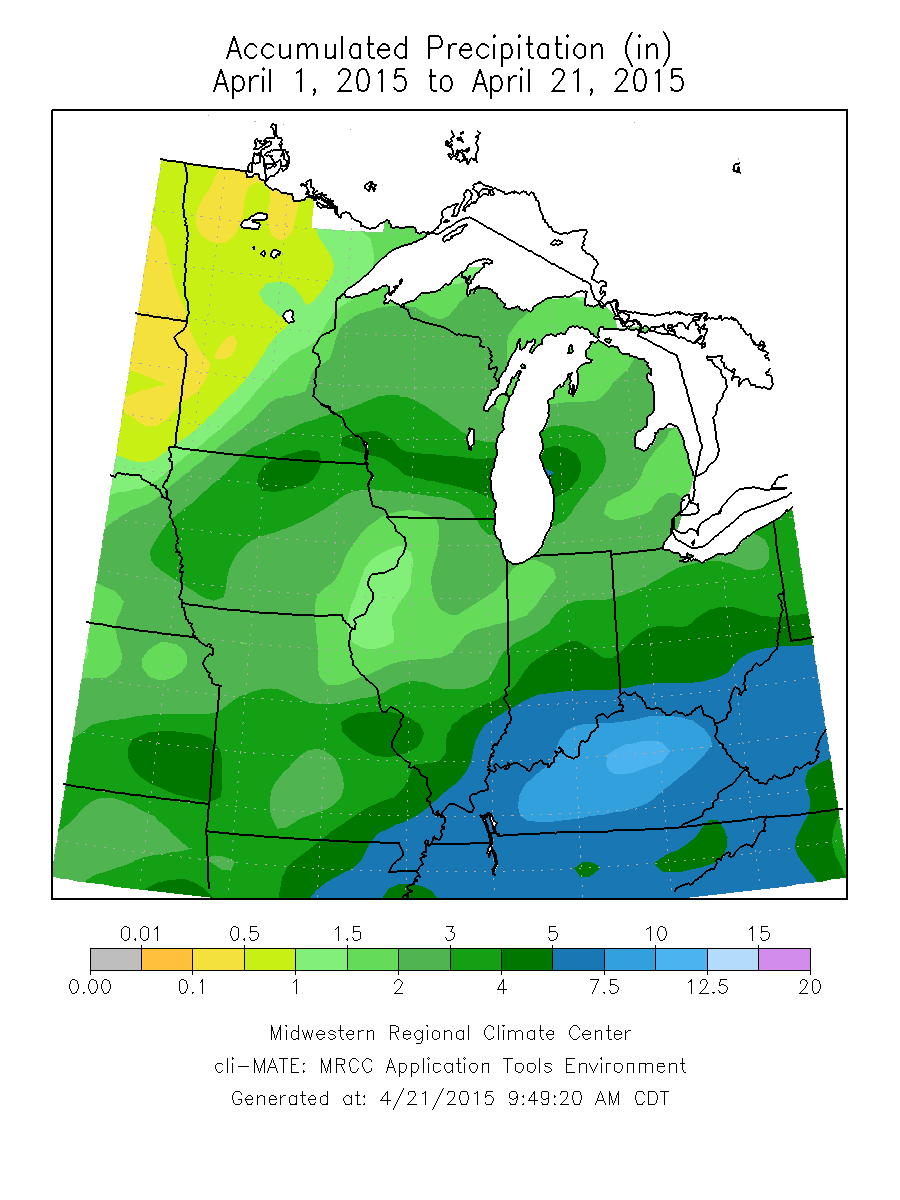 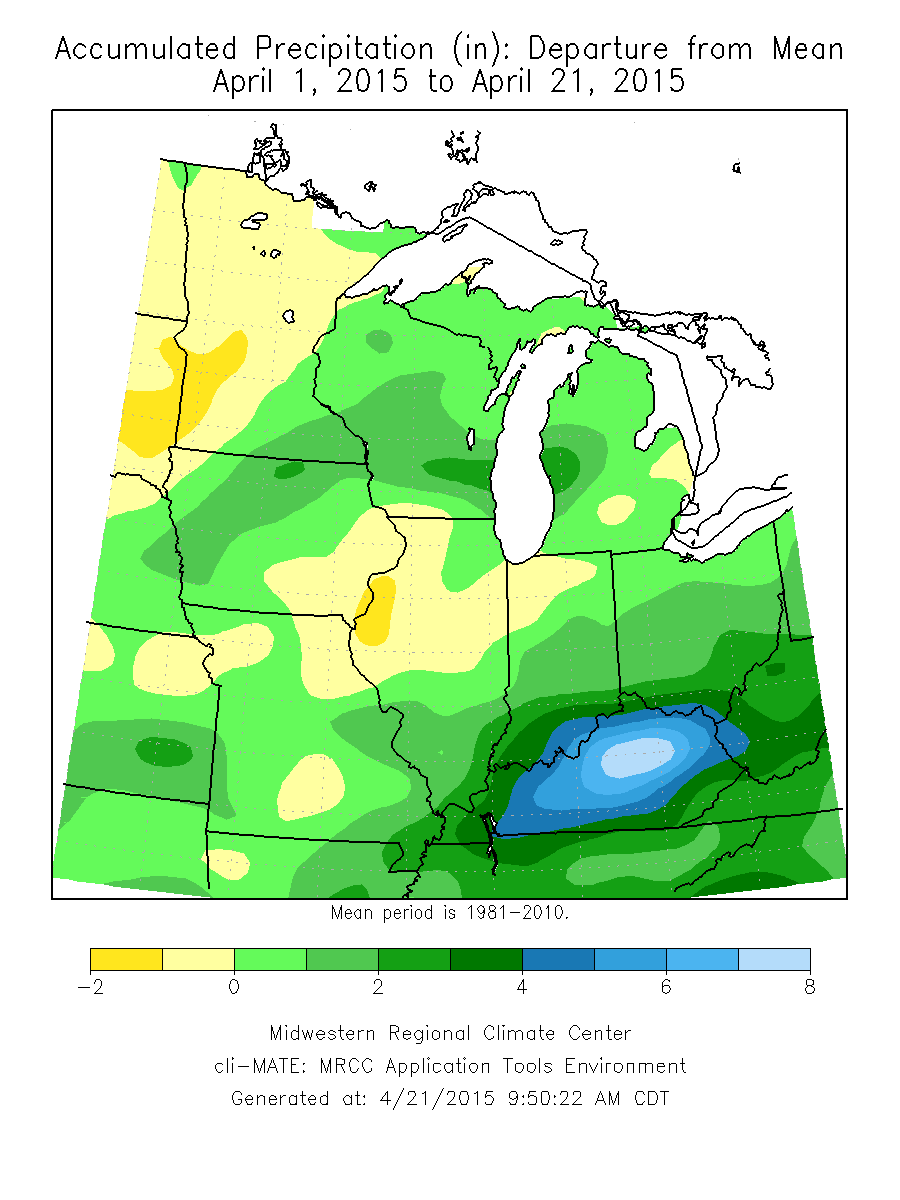