NOAA released their Spring Flood Risk today. According to their map, most of Illinois has a minor risk of flooding this spring. An area at risk of moderate flooding is seen in southern Illinois. Sorry for the non-transparent overlay on the map – their map, not mine.

The good news of sorts is that much of the upper Midwest, including northern Illinois has been dry for the last 3-4 months. In the last few weeks, what snow cover we had in the central US is gone, as this map shows.

Meanwhile, the area at risk for more moderate flooding has received much rainfall in March so, including 3 to 6 inches in far southern Illinois (shaded blue in the figure below). 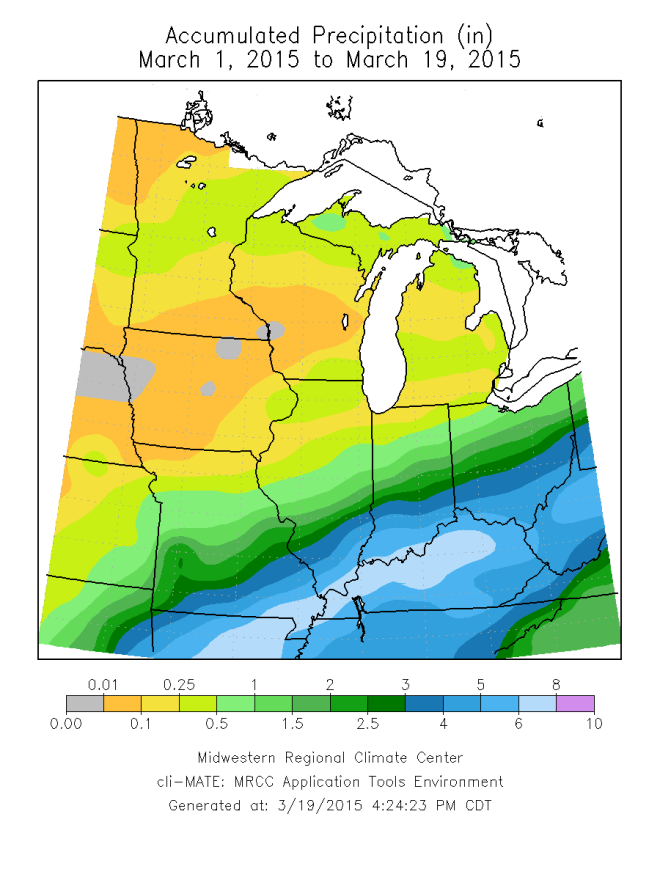