In a earlier post I compared how Illinois temperatures compared to the rest of the world in 2014. Over at the Sustainable Corn blog, I posted some more thoughts on how the Corn Belt just came off the 15th coldest year on record, while the rest of the world was the warmest on record. You would have to go back to 1996 for a colder year, and before that 1978 and 1979. Here is the time series plot for annual temperature for the Corn Belt. See the Sustainable Corn blog post for more. 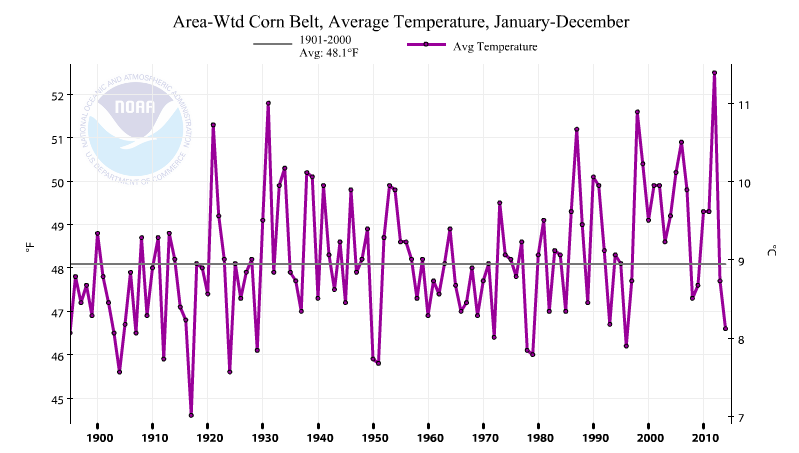 One thing I forgot to emphasize in the Illinois post was that, according to Climate.gov, 19 out of the last 20 years have been the warmest on record for the world. That is an impressive streak.

One last thought – 2014 was very unusual year for Illinois compared to both our historical temperatures and what happened around the world. The chances of a repeat in 2015 are very slim.