The numbers are in and December was both warmer and drier than average for Illinois with very little snow as well.

The statewide average temperature was 33.4 degrees, 3.5 degrees above average and the 29th warmest December on record. This follows a very cold November that was 8.2 degrees below average.

Snowfall was especially light in December and outright missing in much of the state. The only snow to speak of was in western Illinois where 1 to 2 inches fell. This is in stark contrast to last December (2013) when many parts of the state received 10 to 15 inches of snow. 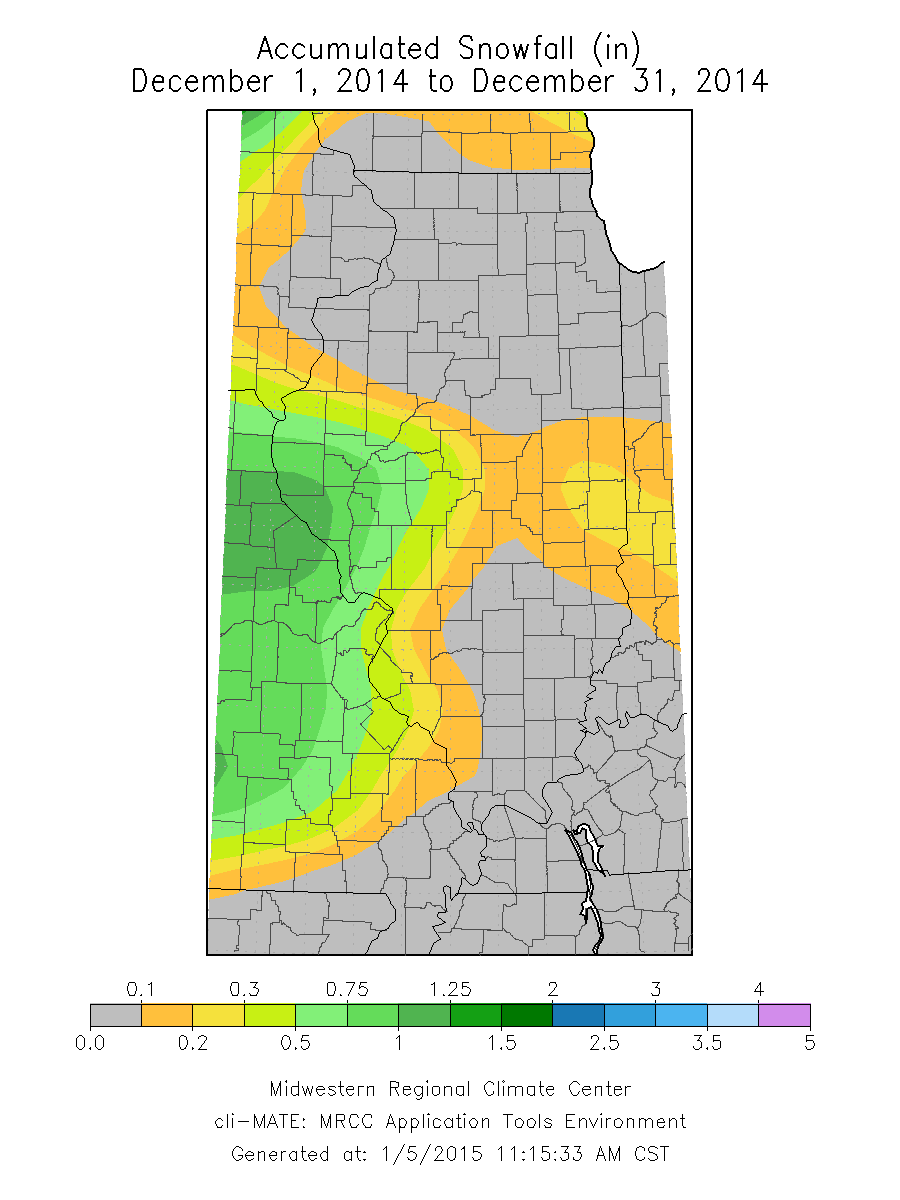 The statewide average precipitation was 1.9 inches, 0.8 inches below average. The heaviest precipitation (rainfall plus the water content of snow) was in southern Illinois, which is typical for December. Precipitation amounts there were 3 to 5 inches. Much of the rest of the state north of Interstate 70 received 1 to 3 inches of precipitation. 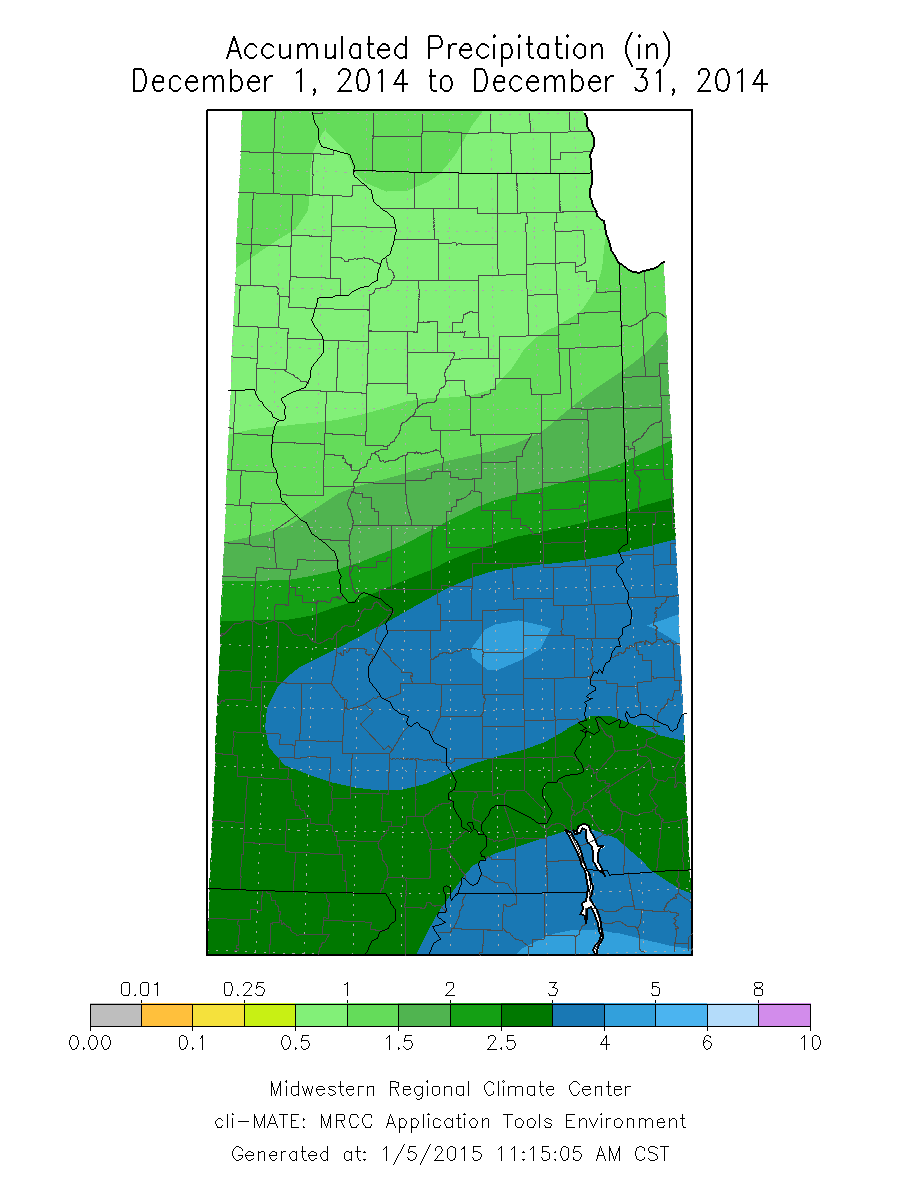